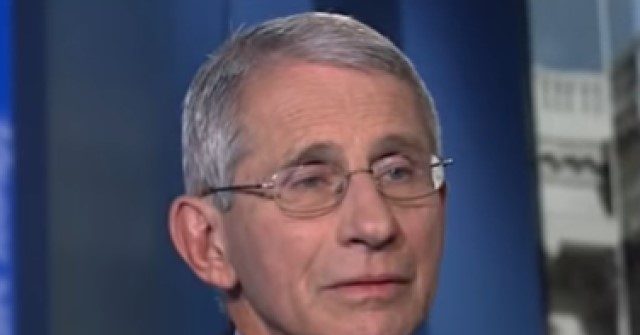 On Tuesday’s broadcast of CNN’s “The Lead,” White House Coronavirus Task Force member Dr. Anthony Fauci stated that distribution of a coronavirus vaccine will “likely” begin next month and that he thinks people who are not high on the priority list to receive the vaccine are “going to get vaccinated within the first four months. I would say by April, you’ll be able to be vaccinated.”

Fauci said that dispensing the vaccine will “likely” start in December.

Fauci responded, “No, we’re talking probably by April, the end of April, I would think. Again, these are just guesstimates. I believe that within the next — within the first quarter.”

He continued by saying that skepticism from some people about getting the vaccine immediately means that “it might take well into the second and third quarter to finally get people to be convinced to get vaccinated. But for those who want to be vaccinated…I think you’re going to get vaccinated within the first four months. I would say by April, you’ll be able to be vaccinated.”