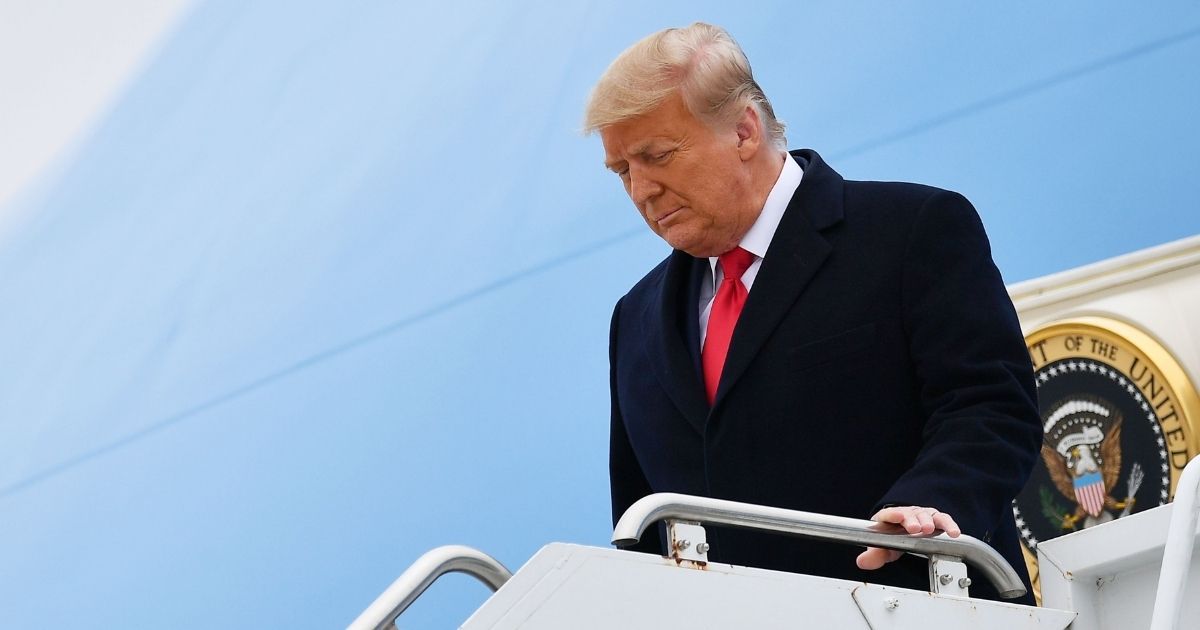 Professing their moral superiority, a slice of America’s literary world is demanding that one story never be told: Donald Trump’s story.

“No one should be enriched for their contribution to evil,” author Barry Lyga told Publishers Weekly in explaining the rationale for an open letter demanding that no publisher sign book deals with Trump or members of his administration.

Former DC Comics president Paul Levitz, journalist Sarah Weinman and “Little Fires Everywhere” author Celeste Ng are among the 250 writers and members of the publishing industry to sign the letter, according to the Los Angeles Times.

Lyga’s letter said that no matter how disreputable people have been whose books have been published, Trump is even worse.

“We all love book publishing, but we have to be honest — our country is where it is in part because publishing has chased the money and notoriety of some pretty sketchy people, and has granted those same people both the imprimatur of respectability and a lot of money through sweetheart book deals,” the letter began.

“As members of the writing and publishing community of the United States, we affirm that participation in the administration of Donald Trump must be considered a uniquely mitigating criterion for publishing houses when considering book deals.”

The letter said that because those who signed it disagreed with Trump’s policies, publishers should ban any books from him or his aides.

“Consequently, we believe: No participant in an administration that caged children, performed involuntary surgeries on captive women, and scoffed at science as millions were infected with a deadly virus should be enriched by the almost rote largesse of a big book deal,” the letter said.

“And no one who incited, suborned, instigated, or otherwise supported the January 6, 2021 coup attempt should have their philosophies remunerated and disseminated through our beloved publishing houses.”

Is this another example of snooty liberal censorship?

The letter then noted that laws ban heinous criminals from profiting off of their misdeeds and that the same spirit should be extended to the president of the United States.

““Son of Sam’ laws exist to prevent criminals from benefiting financially from writing about their crimes. In that spirit, those who enabled, promulgated, and covered up crimes against the American people should not be enriched through the coffers of publishing,” the letter said.

The letter closed by begging “the industry we love” to stop “enriching the monsters among us.”

“We will do whatever is in our power to stop it.”

The movement to ban books that have not yet been written comes as Republican Sen. Josh Hawley of Missouri announced that a publisher has been found to replace Simon & Schuster, which dropped plans to publish his book after Hawley objected to the Electoral College vote on the day of the Capitol incursion.

My statement on the woke mob at @simonschuster pic.twitter.com/pDxtZvz5J0

Regnery Publishing will be publishing the book, according to Fox News.

“It’s discouraging to see [Simon & Schuster] cower before the ‘woke mob,’ as Sen. Hawley correctly calls it. Regnery is proud to stand in the breach with him. And the warning in his book about censorship obviously couldn’t be more urgent,” Regnery president and publisher Thomas Spence said in a statement.