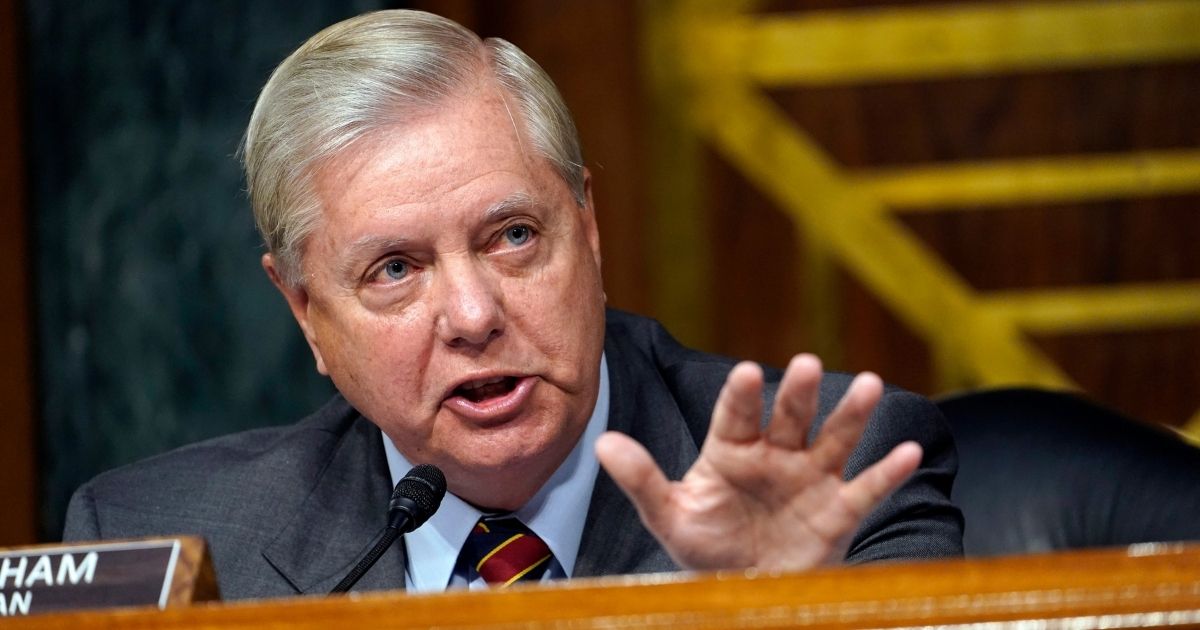 “The Trump team has canvassed all early voters and absentee/mail-in ballots in Pennsylvania, and they found over 100 people they think were dead, but 15 people that we’ve verified to have been dead who voted,” the senator said.

“But here’s the one that gets me: Six people registered after they died and voted. In Pennsylvania, I guess, you’re never out of it.”

Do you think voter fraud was widespread in this election?

Graham added, “If Republicans don’t challenge and change the U.S. election system, there will never be another Republican president elected again.”

The Trump campaign has been pursuing legal action in several states regarding alleged fraud in last week’s election, which many outlets called for Democrat Joe Biden on Saturday morning.

Graham said the media’s declarations were premature given the looming court fights and recounts.

“This is a contested election,” he told Bartiromo. “The media doesn’t decide who becomes president. If they did, you would never have a Republican president forever.”

“President Trump should not concede,” Graham added, urging Republicans to “keep fighting for every legal and live vote.”

Although there seem to have been instances of voter fraud in some states, it currently doesn’t appear to have been widespread.

“There is simply no evidence that anybody has shown me — or anyone else I’m aware of — of any kind of widespread corruption or fraud,” Toomey said on “CBS This Morning.”

“We’re going to get to the end. You know, I voted for President Trump. I endorsed President Trump. I want the next president to be the person who legitimately wins the Electoral College. I will accept whoever that is.” — PA Republican @SenToomey pic.twitter.com/OFY9nKvJ7e

Toomey expanded his thoughts about the election on Twitter.

Today’s announcement by the media of the election’s outcome is a projection. A final outcome will be reached when the election process concludes, which is after all legal votes have been counted, litigation is resolved, and any recounts are completed.

This means campaign representatives must have meaningful access to observe whether the law is being followed. I strongly encourage all state and local officials to ensure that this happens as the election process is completed.

Successful litigation and recounts in several battleground states likely would be needed to swing the election in Trump’s favor.

This is different from the 2000 election, where Republican George W. Bush and Democrat Al Gore were only contesting votes in Florida.

Unfortunately for many Trump supporters, some lawsuits that have been filed have already failed.

“This court finds that while there are assertions made by the plaintiffs that there is no evidence in support of those assertions,” Wayne County Circuit Judge Timothy Kenny said last week regarding delaying result certification in Michigan, according to NPR.

The Electoral College will not choose the next president until Dec. 14, but Republicans need to start preparing themselves for the probability of a Biden administration.