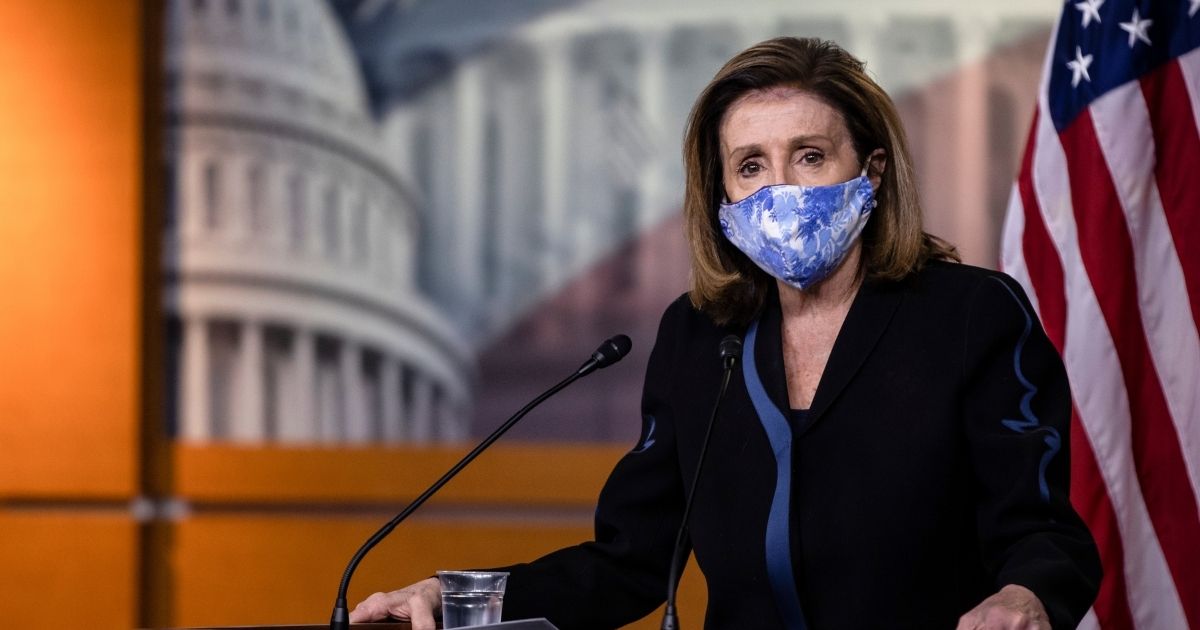 California Democrat Nancy Pelosi has been nominated by House Democrats to serve another term as speaker.

According to a Twitter post published by the House Democrats’ account on Wednesday, Pelosi has again been nominated by the party to serve as the presiding officer of the lower House of Congress.

The accounted tweeted, “Congratulations to @SpeakerPelosi, once again elected by House Democrats to be our fearless leader and nominee for Speaker of the House for the 117th Congress!”

Congratulations to @SpeakerPelosi, once again elected by House Democrats to be our fearless leader and nominee for Speaker of the House for the 117th Congress! #DownWithNDP #ForThePeople

While Wednesday’s vote represented a big decision for House Democrats, it’s not final. The actual election for speaker won’t come until the full House convenes in January. Democrats hold a thin majority in the House, but that doesn’t mean Pelosi’s return to the seat is guaranteed.

The Democrats’ tweet was met with grumbling from liberals.

As a Democrat, this upsets me. The party can be better with someone else at the helm. Pelosi has bungled so much and it showed in the results of the House races.

In January 2019, during her last bid, more than a dozen Democrats opposed her run for speaker, The Hill reported.

Ten of those Democrats will be returning for the 117th Congress in January, where the full House will vote on the matter.

Last week, after a disastrous election in which it was apparent Democrats would lose seats in the House, there was speculation that Pelosi would not retain her speakership as the party continued to lose ground.

RELATED: Nancy Pelosi Announces Forthcoming End to Her Time as Speaker of the House

House Democrats in fact continue to lose their power two weeks after the election as tight races are still being called for Republicans.

“With just a handful of races still uncalled at this point, Republicans have gained nine seats — having won 12 Democratic-held districts and lost just three of their own. And those numbers don’t even tell the full story, given that two of the three seats Republicans lost were the direct result of a redrawing of North Carolina’s congressional districts that reworked the map in ways that were decidedly unfavorable to the GOP.”

Do you think Pelosi will remain House speaker after an official vote in January?

“Subtract those two seats, which neither party spent any money in or seriously contested, and you are down to a single competitive seat that went from red to blue: The suburban Atlanta 7th District.”

All that means Pelosi will have to secure the votes of virtually her entire conference to remain as speaker. According to The New York Times, Democrats lost at least eight seats in the Nov. 3 election, bringing their majority from 232 to 222 in the 435-member chamber. By the time all the races are counted, The Times reported, that Democratic majority could be down to 222.

That means Pelosi can afford to lose no more than four votes from within her party and still have a majority support.

Last week, GOP House Minority Leader Kevin McCarthy told Fox News he did not think that Pelosi would not have enough votes to remain Speaker.

McCarthy told Fox, “To become speaker you have to have 218 votes on the floor.”

He added, “When Pelosi went up for that vote two years ago, there were 15 Democrats who voted against her. Ten of those Democrats will be coming to Congress. Those 10 vote against her again, she will not be Speaker of the House.”