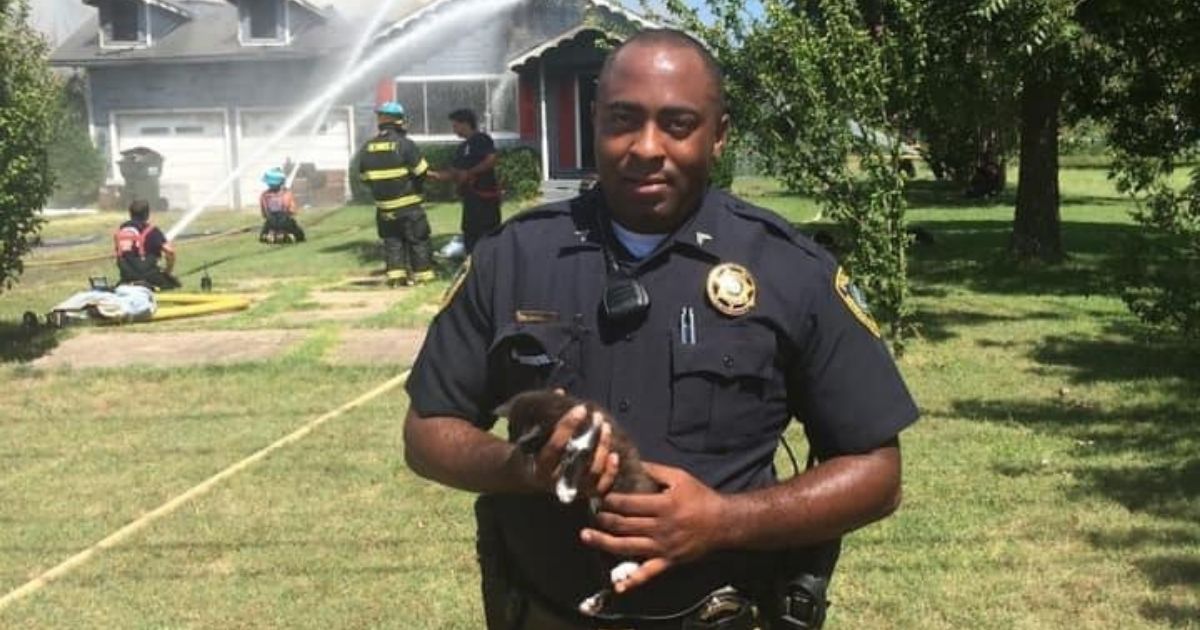 First responders who truly serve their communities are ready to drop everything to save a life. The best sort get into the line of work because they want to help people and change lives — but they never know when those lives will belong to people they know.

On Friday, Nov. 13, Officer Anthony Louie, 33, with the Seminole Police Department in Seminole, Oklahoma, got a call that a house on his own street was on fire.

Until he arrived on the scene, he didn’t know the house would be his — but the possibility must have crossed his mind.

His wife had already left for work, but his two children — ages 7 and 14 — were still inside the house, sleeping.

Louie ran inside the fiery home without hesitating, disappearing through the flames at the entryway and reappearing with his children in his arms before collapsing on the ground.

The City of Maud Police Department shared details on the following day.

“He rushed through the fire and rescued his children, but suffered significant burns in the process,” the department wrote.

“We were able to scoop and go to get him to a local emergency room. He was then flown to a major burn unit in the state.”

He has since been recovering from smoke inhalation and burns on his face, arms and legs.

This is not the first time that Louie has run into a house on fire to save its inhabitants. According to the City of Maud PD, he risked his life in the past to save kittens, too.

“The picture shows a scene that he and another officer responded to years ago,” the department shared.

“A person came home to find their home on fire. He and Adam Good were the first on scene. The people were concerned for their small kittens that were inside. Anthony, with no regard for himself, entered the home and rescued kittens.”

“This demonstrates the selfless hero he is. Kittens, adults, children; Anthony will throw himself into harms way if it means he can save a life.”

A fundraiser was set up for Louie, and donations started pouring in. Locals have donated household goods, and many have put their money where their mouths are, supporting their local hero with funds and prayers.

Authorities suspect the fire was started by faulty wiring on the porch or entryway, which was on fire when Louie ran inside to grab his kids.

He is facing multiple surgeries to repair his skin and the family’s home and possessions were all lost — but thankfully he managed to save what was most important.