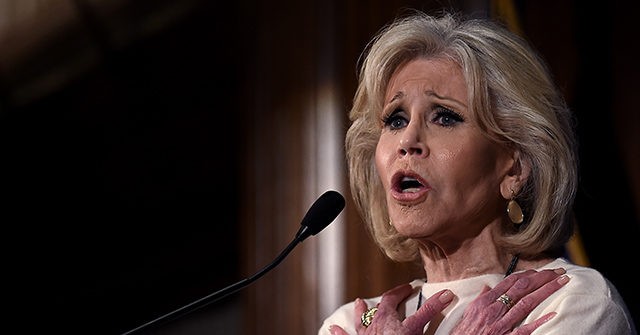 Actress and left-wing activist Jane Fonda pushed for more diversity in the entertainment industry during the Golden Globes on Sunday. Despite a brief shout-out to Stacey Abrams’ documentary about voter suppression, the Hollywood star steered mostly clear of politics.

Fonda, 83, was present to accept the Cecil B. DeMille award for lifetime achievement, marking the eighth time that the actress has received a Golden Globe statuette.

“There’s been a story we’ve been afraid to hear about ourselves in our industry,” Fonda said, referring to on-screen minority representation. “A story about which voices we respect and elevate and which we tune out, who’s at the table and who’s kept out of the rooms. So let’s all of us make an effort to expand that tent so that everyone rises and gets a chance to be seen and heard.”

In her speech, Fonda emphasized the power of storytelling to influence how people think.

“Stories can change our hearts and minds and help us see each other in a new light, to have empathy, to recognize that for all our diversity, we are humans first,” she said.

Fonda recognized the movies and TV shows that impacted her in the past year, including the Stacey Abrams (D) documentary All In: The Fight for Democracy, which chronicles the failed Georgia gubernatorial candidate’s crusade against voter suppression. The actress said the documentary “reminds us how fragile our democracy is.”

Jane Fonda has devoted the past year to climate change activism, protesting in Washington D.C., where she was arrested several times.