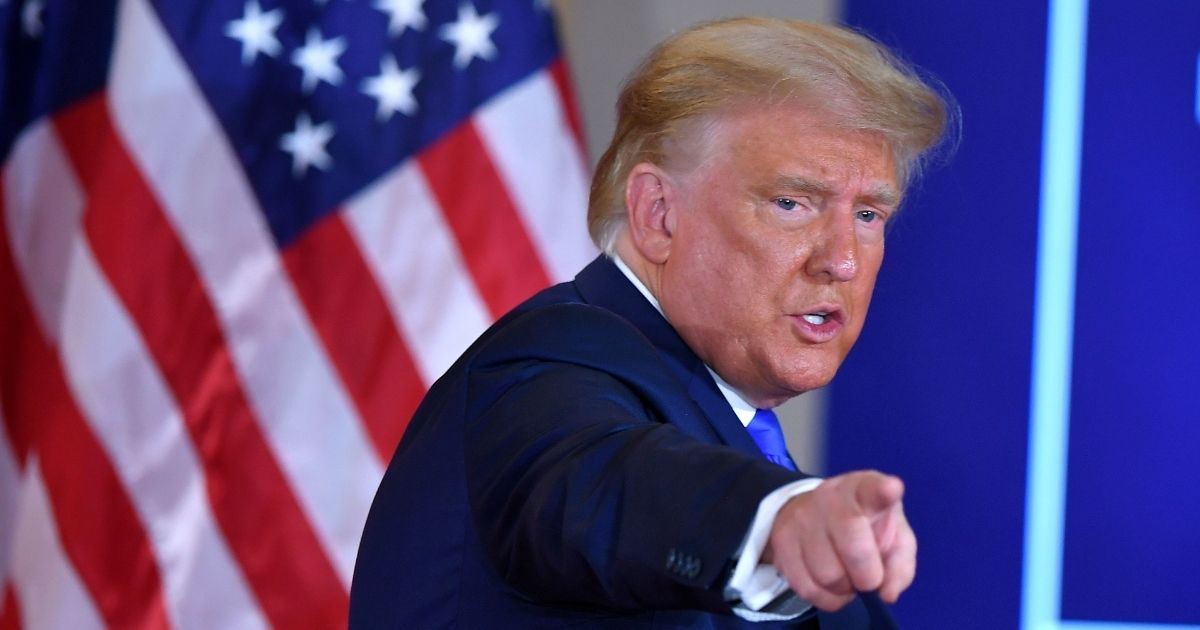 A new report claims that if President Donald Trump does not prevail in his legal challenges regarding the 2020 election results, he will launch another bid for the White House in 2024.

Axios reported on Monday that Trump is “privately discussing” a 2024 run, should the legal dominoes not fall his way.

Reporter Jonathan Swan claimed he had heard from “two sources” close to the campaign about that potential outcome.

The media’s four years of slanted coverage against Trump should give voters great cause to take Swan’s reporting with a grain of salt.

As voters saw in the run-up to the 2020 election, many stories published with alleged sources close to Trump have not been credible.

In the same article purporting to have access to Trump’s thoughts on not only this election, but the next one, Swan made an unsubstantiated claim that Trump knows he has lost the election.

Do you think President Donald Trump will prevail in court?

Swan reported, “This is the clearest indication yet that Trump understands he has lost the 2020 election to Joe Biden — even as the president continues to falsely insist that he is the true winner, that there has been election fraud and that his team will fight to the end in the courts.”

As of Monday, the campaign has given no signal that Trump intends to do anything other than use the court system to challenge alleged, and in some cases well-documented, widespread ballot irregularities in a number of key states.

The Axios report is one of many out this week with alleged direct knowledge of the mood inside of Trump’s campaign.

A report published Monday by Fox News, which also cited unnamed sources, claimed Trump campaign manager Bill Stepien briefed campaign aides that Trump is “not backing down,” and will not concede the contested election.

Fox reported that at a Monday meeting at the campaign’s headquarters, Stepien said, “[Trump] still is in this fight.”

Citing people in the room as sources, Fox reported Stepien added, “There is a process,” and further urged everyone to “have patience.”

For now, the only credible information about the campaign’s approach to the contested election seems to be on fighting the results in court in Georgia, Pennsylvania, Michigan and other states.

The Trump campaign was hard at work on Monday in these states challenging the results and presenting evidence to prove alleged widespread discrepancies and irregularities with not only some ballots, but also with when some of these ballots arrived.

One noteworthy piece of information from the Axios report, though, does signal the establishment media is well aware of Trump’s influence among core GOP voters.

The report, though, ignores inroads Trump has made with women and minority voters.

Axios reported that should Trump come up short after exhausting his legal remedies, he would be a force to be reckoned with, should he indeed throw his hat into the 2024 GOP primary.

Swan reported, “Aides advising Republicans who are likely to run in 2024 are dreading the prospect of a Trump run given the extraordinary sway he holds over millions of GOP voters.”

“Even four years after leaving office, he could remain formidable in a Republican primary,” added the Axios reporter.

“That fact alone could freeze the ambitions, fundraising and staffing of individual candidates — and of the Republican National Committee as it seeks to regroup and move beyond Trump.”

It is indeed difficult to imagine any scenario where Trump would not the undisputed leader of the Republican party, whether as a 2020 second term president or as a private citizen.

But the media’s apparent desire to continue to prematurely call the current race should be disregarded for now.

The process will end up in the courts before the election is officially called, despite the mainstream media’s collective decision Saturday to announce Biden as the country’s president-elect.

While that could end up being the case, Trump has given no indication that he intends to do anything other than fight to challenge the results of the disputed election in a number of battleground states where Biden’s purported margins of victory are slim.

The coming court battles should play out before any premature speculation about Trump’s reported thoughts on the 2024 primary, as he’s still technically alive in the current race.