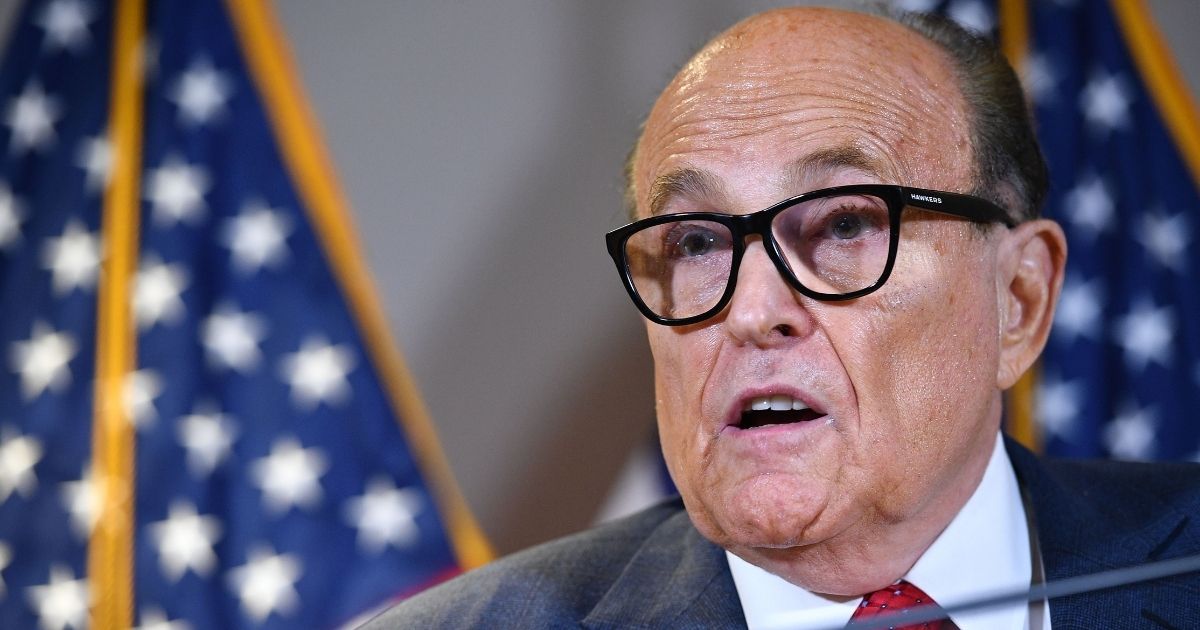 The two Republican members of the Wayne County, Michigan, Board of Canvassers who at first refused to certify election results based on unexplained discrepancies and then later reversed course and voted to certify now want to rescind their vote.

Monica Palmer, chairperson of the board, and William Hartmann, a board member, said in sworn affidavits they felt misled by Democrats and pressured to change their vote during their Tuesday night meeting in exchange for a commitment that the Wayne County election would be fully audited.

However, Michigan Secretary of State Jocelyn Benson, a Democrat, later said she did not view the resolution as binding, MLive reported.

In her affidavit, Palmer noted the first sign that all was not kosher with the election was that the board members were not given an executive summary of the final canvass of the county’s election results.

She said she then learned that over 70 percent of Detroit’s 134 absent voter counting boards did not balance, meaning the number of votes tabulated did not match the number of voters signed in at the precinct.

No explanation was offered for the imbalances.

When Democratic Vice Chairman Jonathan Kinloch made a motion to certify the results anyway, both Palmer and Hartmann voted “no,” resulting in a 2-2 tie.

“After the vote, public comment period began and dozens of people made personal remarks against me and Mr. Hartmann,” Palmer wrote.

“The comments made accusations of racism and threatened me and members of my family,” she continued.

Do you think major voter fraud occurred in Michigan?

In his affidavit, Hartmann confirmed that both he and Palmer were berated as racist for refusing to certify Detroit, which is approximately 79 percent black.

Democratic Rep. Rashida Tlaib, whose district covers parts of Wayne County (including part of Detroit), added her voice to the accusations of racism via Twitter on Tuesday night.

It’s plain and simple, folks. The Republican members of the Wayne County Board of Canvassers put politics above their duty to our residents. Suggesting that all of Wayne County can be certified, EXCEPT for Detroit, is horrifying racist and a subversion of our democracy.

As the deadlock continued, Palmer wrote that Wayne County Corporate Counsel Janet Anderson-Davis “told me I had to certify the vote that night” and board members “could not use their discretion on matters like the record being incomplete.”

“After being told by Ms. Anderson-Davis that I could not use my discretion regarding the anomalies, I believed I had no choice but to certify the results despite my desire to oppose certification based on the incomplete record.”

Further, the resolution was presented to her that promised a full, independent audit would be performed.

“I would not have agreed to vote to certify but for the promise of a full, independent audit,” Palmer explained.

Hartmann concurred: “I would not have agreed to the certification but for the promise of an audit.”

Both have rescinded their votes.

However, “The Michigan Secretary of State’s office, which oversees elections, said Thursday that there is no legal mechanism for Palmer and Hartmann to rescind their votes now,” The Washington Post reported.

“Their job is done, and the next step in the process is for the Board of State Canvassers to meet and certify,” said Tracy Wimmer, a spokeswoman for Benson.

Palmer, rightfully, is not happy with that response.

“The Wayne County election had serious process flaws which deserve investigation,” she wrote in the affidavit. “I continue to ask for information to assure Wayne County voters that these elections were conducted fairly and accurately.”

One big question Hartmann has is, “Why were Republicans not used in signing seals certified at the end of the night on Monday, and Wednesday evening before ballot boxes were documented, closed, and locked?”

“Can we release the logs to the tabulators demonstrating what happened in Detroit?” he also asked.

“Why do the pollbooks, Qualified Voter Files, and final tallies not match or balance?”

At a news conference on Thursday, Trump campaign attorney Rudy Giuliani offered some reasons for the mismatches and overall discrepancies.

He noted that four witnesses provided the campaign with affidavits, under penalty of perjury, that a truck pulled up to the Detroit center where they were counting ballots.

It contained “thousands and thousands of ballots and the ballots were in garbage cans, they were in paper bags, they were in cardboard boxes and they were taken into the center,” Giuliani said.

“They were put on a number of tables. At that time, they thought all the Republican inspectors had left — all but two had.”

“The margin in Michigan was 146,121 and these ballots were all cast basically in Detroit that Biden won 80-20,” Giuliani added.

Giuliani said, according to the witness, many of the ballots — estimated to be between 50,000 and 100,000 total — were triple-counted, which means they were put into the counting machines three times.

Based on 100 affidavits he has, Giuliani estimates at least 300,000 votes were wrongly counted in Michigan.

Thank God for brave Americans like Palmer, Hartmann and Giuliani.

Because of their courage, the election in Michigan is beginning to get the scrutiny it deserves.