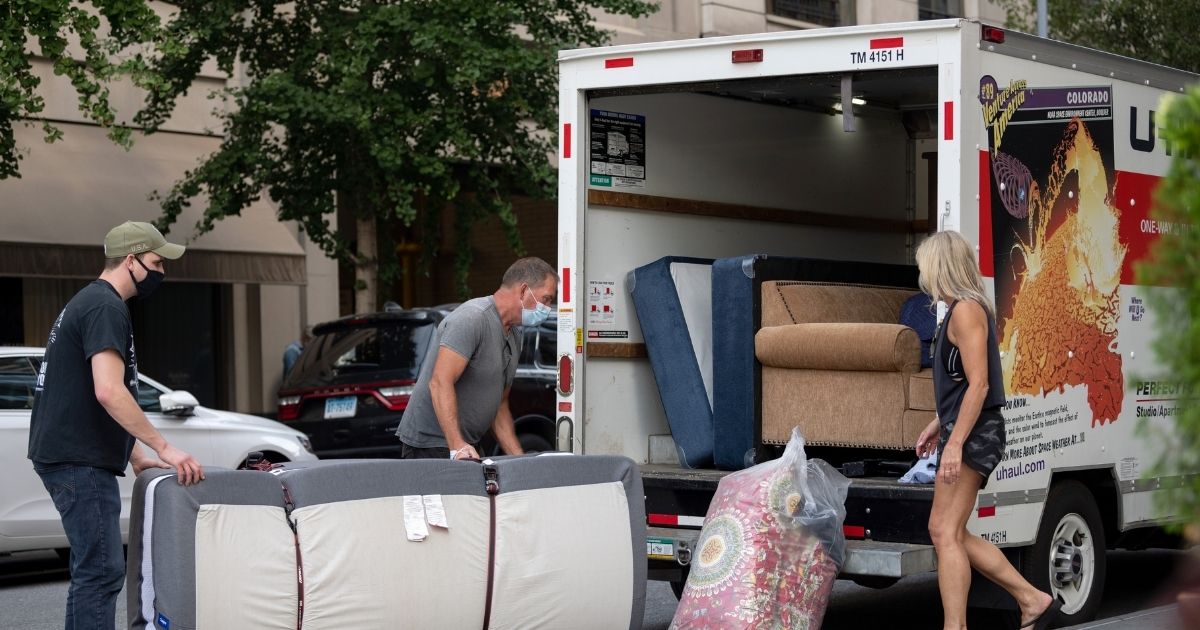 As the twin worms of crime and COVID-19 have eaten away at its luster, the Big Apple is losing its flavor to ore and more of its residents.

A new report from the New York Post estimates that more than 300,000 people have left the city since March when lockdowns began keeping residents indoors and a revolving door justice system let criminals out on the streets.

To gauge the extent of flight from the city, the Post secured the number of change of address requests from the U.S Post Office.

The data showed 295,103 change of address requests from March 1 through Oct. 31, but the actual number of people leaving the city could well be higher. Requests could cover a multi-person household, for one. Also, the data only records addresses where 11 or more forwarding requests were made to any county outside of the city.

The March-July period, in which 244,895 change of address requests were made to places outside of New York City, showed requests are more than double the 101,342 address change requests made in 2019.

The city currently has an official population estimated at about 8.5 million people.

Michael Hendrix, director of state and local policy at the Manhattan Institute, said fear has overshadowed the allure of living in New York City.

“I think people are afraid,” Hendrix said. “They’re afraid of catching a deadly virus and they’re afraid of crime and other quality of life concerns. One thing we also hear is about trash and cleanliness of the city.”

In October, the city reached 344 murders, past its grisly total for all of 2019. Shootings are up 94 percent through Nov. 8.

A Manhattan Institute survey of New Yorkers earning six-figure salaries that were taken this summer showed that 44 percent have thought of leaving the city since March and that almost 40 percent thought the city was heading in the wrong direction.

“The biggest reason for people leaving the city is uncertainty about when the pandemic will be over and how quickly the New York economy will recover,” said Kathryn Wylde, head of the Partnership for New York City.

RELATED: DC Mayor Bowser Claims There’s ‘Nothing Scarier’ Than Talking to Someone Without a Face Mask

“More than half a million city residents who were employed in the retail, restaurant, services sectors have lost their jobs and cannot afford city rents. The late decision on re-opening public and private schools forced many families to relocate so they could make enrollment deadlines in districts where they were living during the pandemic,” she said.

Tourists are also staying away in droves.

In the months of April, May and June, New York City’s tourism dropped 90 percent, according to New York City Comptroller Scott Stringer.

Would you willingly live in New York City?

That cost the city about $270 million in hotel taxes and another $250 million in tax revenue from purchases, he said, according to MarketWatch.

“In the midst of the pandemic, we are starting to realize that our 62 million [annual] tourist visitors will be no more in the short term,” Stringer said. “We haven’t lost our mojo as a city, but the pandemic has curbed what we can do to attract people from all over the world.”

Trump Will ‘Take over Legislatures, Little Towns and Cities’ If Not...