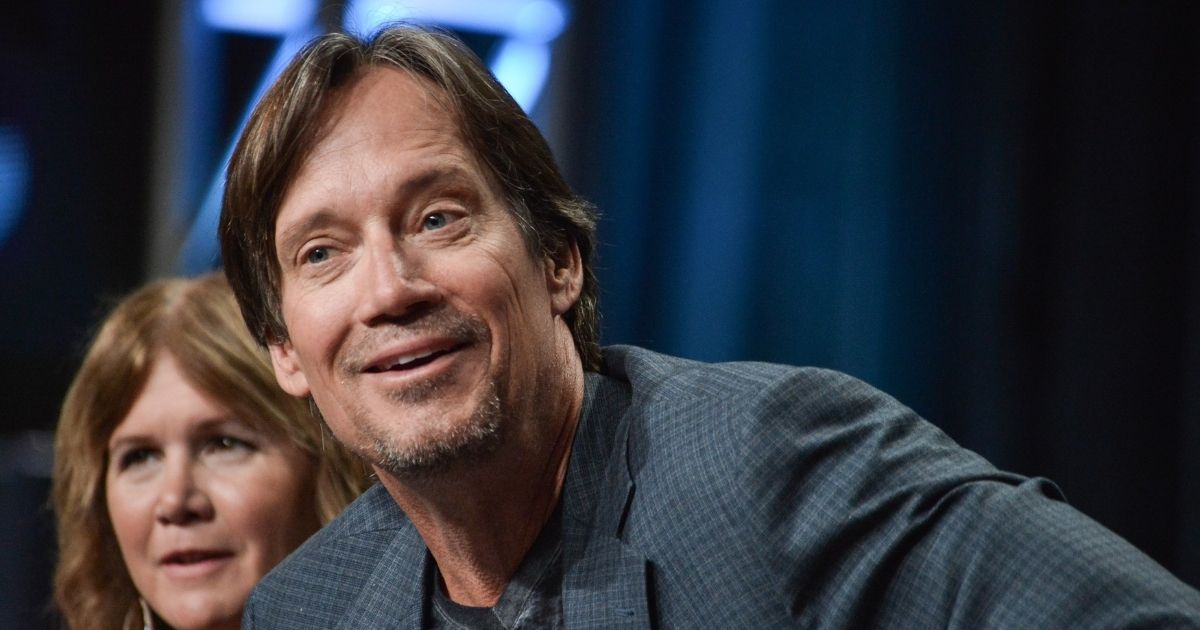 California Democratic Gov. Gavin Newsom’s dinner at The French Laundry in Yountville, California was an expensive one. That goes without saying; it’s a restaurant with three Michelin stars in the midst of Napa Valley, which isn’t exactly the province of In-N-Out Burger.

It’s not a question of the monetary cost of the dinner, however. Goodness knows Newsom can afford it. Instead, it cost him something money can’t buy as he locks his state down yet again: credibility.

That’s why “Hercules” actor Kevin Sorbo — along with a litany of others — are taking to social media to lampoon the governor over the hypocrisy of the whole affair.

On Thursday, Newsom announced a 10 p.m.-to-5 a.m. curfew on nonessential work and gatherings for counties in California’s so-called “purple tier” — the ones most severely affected by the disease. More than 94 percent of the state’s population lives in those 41 counties, according to The New York Times.

“This will take effect at 10pm on Saturday and remain for 1 month,” Newsom said in a tweet about the “limited Stay at Home order.”

“Together–we can flatten the curve again.”

Due to the rise in #COVID19 cases, CA is issuing a limited Stay at Home Order.

Non-essential work and gatherings must stop from 10pm-5am in counties in the purple tier.

This will take effect at 10pm on Saturday and remain for 1 month.

Together–we can flatten the curve again.

This came less than a week after the state announced restrictions for gatherings, including Thanksgiving, that mandated they had to be held outdoors in the purple tier, are limited to members of three households only and must have members of different households sitting six feet apart. It also came less than a week after Newsom’s attendance at the birthday party at The French Laundry first broke.

Will California Gov. Gavin Newsom’s curfew help stop the spread of the coronavirus?

A spokeswoman for the Newsom adviser who the party was for initially said that it was “held outdoors with family and a few close friends,” and Newsom himself said he “followed the restaurant’s health protocols and took safety precautions,” although he conceded he “should have modeled better behavior and not joined the dinner.”

That was before pictures from the “outdoor” dinner with those “health protocols” and “safety precautions” broke:

EXCLUSIVE: We’ve obtained photos of Governor Gavin Newsom at the Napa dinner party he’s in hot water over. The photos call into question just how outdoors the dinner was. A witness who took photos tells us his group was so loud, the sliding doors had to be closed. 10pm on @FOXLA pic.twitter.com/gtOVEwa864

A day before those pictures broke, Newsom probably put it a bit more succinctly: “I made a bad mistake,” he said. Well, yes.

Whatever the case, you’d best trust Newsom now. This novel coronavirus is indeed novel, so novel that for the seven hours between 10 p.m. and 5 a.m., it’s far more infectious and lethal than it would be during the daylight hours.

At the very least, Kevin Sorbo would like you to know that he’s been marked safe from any vampiric COVID-19 concerns:

I almost got Covid back in august, thankfully I made it back to my house at 9:58 PM, right before the 10 PM curfew

Sorbo also questioned the reasoning behind a second lockdown:

If the first lockdown worked, why do we need a second one?

If the first lockdown didn’t work, why would we do a second one?

And he brought up the party that won’t die:

Sorbo, a noted conservative, was hardly the only one teeing off on the governor’s curfew order. Consider Dr. Eugene Gu, the anti-Trump surgeon who became one of the viral social media personalities of the last four years.

In a response to Newsom’s tweet, he took aim at a group of California state lawmakers — a bipartisan group, it’s worth noting — that went on a public policy junket to Maui just before the curfew was announced.

Together we can flatten the curve again while a bunch while California state lawmakers fly to Maui to party it up with a bunch of lobbyists.

When you can get Kevin Sorbo and Dr. Eugene Gu rolling their eyes at the legitimacy of California’s COVID-19 policy, there are issues.

According to Politico, Newsom’s reasoning behind the curfew is that inebriation during the late hours meant after-hours “social activities and gatherings … have a higher likelihood of leading to reduced inhibition.”

Newsom says he’s only been a moderate imbiber since seeking alcohol treatment in 2007 after he blamed an affair with an employee of his who was married to a close friend, in part, on a drinking problem. In other words, unless that’s no longer the operative statement, he’s going to need a better excuse for The French Laundry.

Much as with his pronouncement on Thanksgiving gathering rules, however, this seems to be carrying little weight on social media.

Inasmuch as he wields legal authority in the matter, it’s difficult to tell people they need to shut themselves in while attending birthday parties in Napa Valley in the same time.

I’m sure more of California would be a bit more amenable to being told they needed to be home at 10 p.m. and not out cavorting if the governor wasn’t doing the same thing less than two weeks prior.

Newsom may be a multimillionaire, but no amount of money can buy back that kind of credibility at a critical time like this.