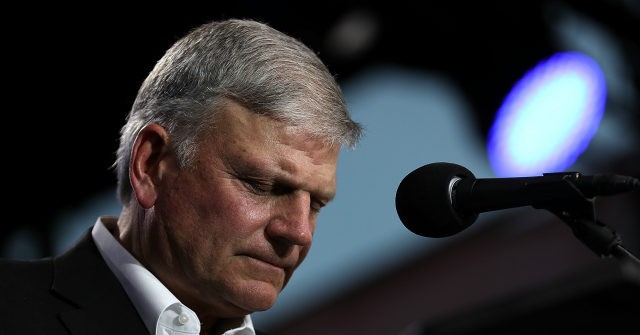 Friday on FNC’s “The Ingraham Angle” during a segment about the Freedom From Religion Foundation’s legal complaint demanding that a Kansas middle school cease participation in Operation Christmas Child, a program supported by Samaritan’s Purse that provides Christmas gifts for underprivileged children, Samaritan’s Purse president Rev. Franklin Graham discussed that and other attacks on Christianity.

Graham told host Laura Ingraham he saw the country as being in “moral freefall” but vowed not to back down.

“I think we are in a moral freefall in this country,” he said. “And the only hope for our country, I believe, is God. And for that to happen is we’ve got to come to Him in repentance, turning from our sins, and putting our faith and trust in His Son, Jesus Christ. And I think if we do that, then God will hear our prayers, and He will heal this country.”

“People have asked me, what’s it going to take to bring this country together?” Franklin Graham continued. “I don’t think our country will ever come together. I think we’re so divided now, and it’s only going to get worse. And the hatred that we see from many in the public square toward Christians is incredible. But I’m not going to back down, Laura. I’m just going to keep telling people that God loves them, and He cares for them, and Christ died for their sins. I’m not going to back down.”