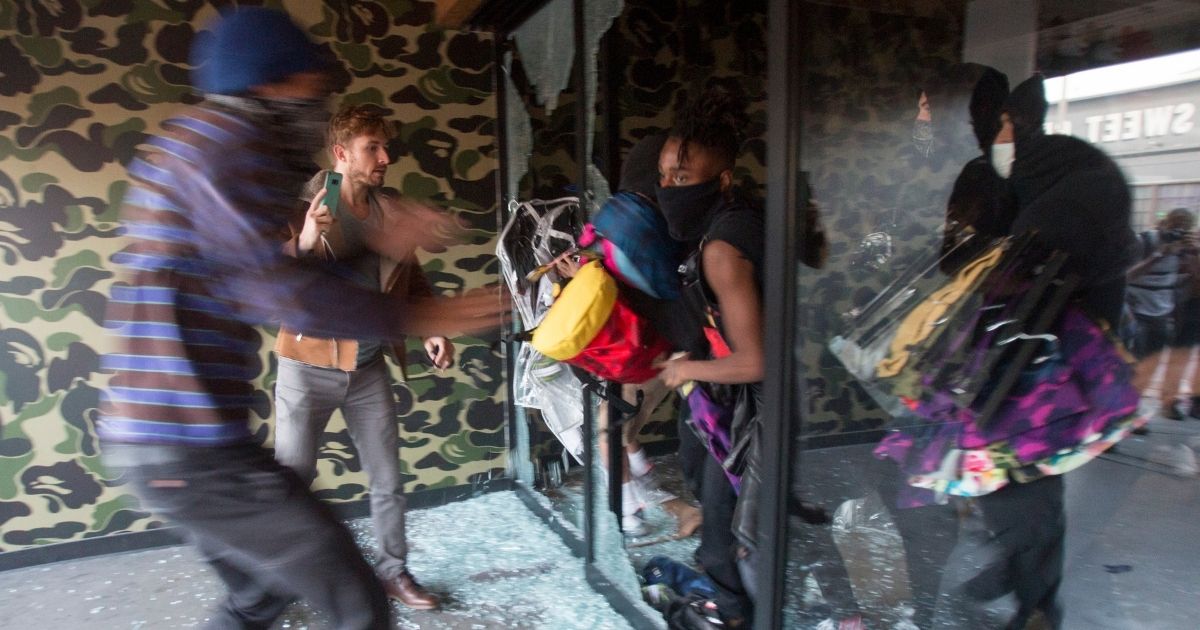 Florida Gov. Ron DeSantis is taking steps to combat looting and similar activities, championing an expansion of the state’s Stand Your Ground law, according to the Miami Herald,

The Republican’s proposed modifications would empower “armed citizens to shoot suspected looters or anyone engaged in ‘criminal mischief’ that disrupts a business,’” the report Wednesday said.

DeSantis described it as “anti-mob legislation,” the Herald reported.

The proposal reportedly would expand the list of felonies that justify the use of force under the state’s self-defense law to include criminal mischief causing “interruption or impairment” to businesses as well as looting, classified as burglary that occurs 500 feet or less from a “violent or disorderly assembly.”

DeSantis’ plan also would “make it a third-degree felony to block traffic during a protest,” the Herald reported.

WESH-TV in Orlando said the proposal “aims to include justification for people who use force against others if criminal acts are committed during protests like looting.”

Drivers who “claim to have unintentionally killed or injured” an individual blocking streets would receive refuge under DeSantis’ draft, according to the Herald.

A municipality that slashes police monies reportedly would be penalized and “need to certify to the state by Oct. 15 that it is not disproportionately cutting law enforcement agencies’ funding.”

According to WESH, Republican David Simmons, a former state senator who spearheaded the Stand Your Ground law, “doesn’t disagree with expanding it.”

However, Republican state Sen. Joe Gruters told the Herald that DeSantis “has the right idea” with his proposal.

Though he did not commit to sponsoring it, Gruters said he plans to “definitely be supporting it however I can.”

Pinellas County Sheriff Bob Gualtieri said sheriffs across Florida “want to review it and look forward to the proposed bill” and the Florida Sheriffs Association plans to “carefully analyze and consider it, and take a position once we see the final form.”

Other DeSantis critics said the change “could allow for people to kill over property crimes and promote vigilantism,” according to WESH.

Democratic Orlando Rep. Carlos Guillermo Smith slammed DeSantis, saying, “What’s interesting to see is Gov. Ron DeSantis has so much time on his hands that he can craft legislation to address an imaginary issue in the state of Florida.”

Do you think DeSantis’ reported proposal is a good idea?

Denise Georges, a past prosecutor for Miami-Dade County, told the Herald that the governor’s proposal “allows for vigilantes to justify their actions.”

“It also allows for death to be the punishment for property crime — and this is cruel and unusual punishment,” she said. “We cannot live in a lawless society where taking a life is done so casually and recklessly.”

Individuals on both sides of the fence weighed in on Twitter.

So basically you get to defend your business if a mob of thugs come and try to destroy it. Not a bad idea in today’s world

Beautiful. That is how we remain the land of the free.

It’s the unlawful use of force for law enforcement to use lethal force for property crimes- how can he justify expanding that use of force to citizens? Ridiculous. Reckless. Stupid. Propaganda.

Don’t Loot Don’t Assault Don’t Kill Don’t Destroy what does not belong to you? Law and Order

The Herald reported the legislative revision had not been filed with Florida’s House or Senate as of Tuesday, and legislators had not committed to sponsorship prior to the first 2021 legislative session on March 2.

Coronavirus Deaths in U.S. May Exceed 500K by February 20

Coronavirus Deaths in U.S. May Exceed 500K by February 20

Here’s How The FBI’s Predicted Armed Protests At State Capitals Across...