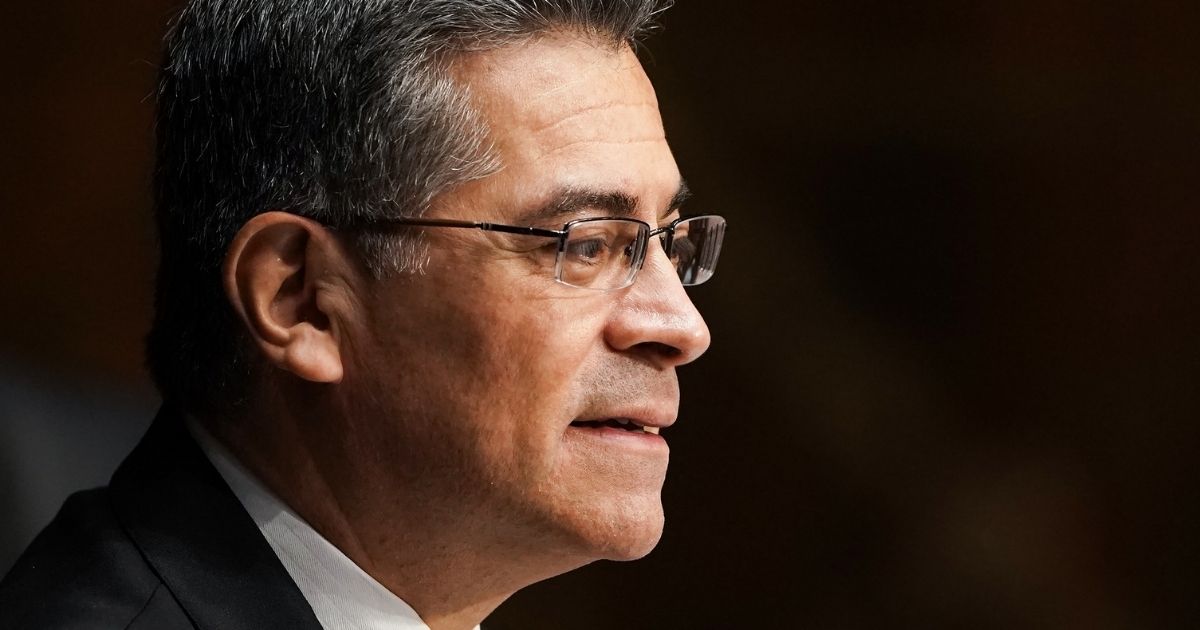 Republican Sen. Ben Sasse of Nebraska scolded Secretary of Health and Human Services nominee Xavier Becerra for his litigious “bullying” of Catholic nuns with the Little Sisters of the Poor, a charity that helps impoverished seniors.

“You said a little while ago that you never sued the nuns, which is a pretty interesting way of reframing your bullying,” Sasse said Wednesday at Becerra’s confirmation hearing before the Senate Finance Committee on Capitol Hill. “You actually sued the federal government, who had given an exemption to the nuns.”

Sasse was referring to the 2017 lawsuit that Becerra — as attorney general of California — filed against the group.

In the lawsuit, Becerra sought to force the Little Sisters of the Poor to purchase and provide birth control to their employees in order to comply with the contraception coverage requirement of the Affordable Care Act (aka Obamacare).

The nuns refused, saying the mandate violated their Catholic beliefs.

The contraception mandate is also laughable when you consider that the charity’s employees are mostly postmenopausal older nuns who have taken a lifelong vow of chastity.

In 2017, the Trump administration gave a religious exemption to the Little Sisters of the Poor, and Becerra reacted by suing the nuns.

At his confirmation hearing this week, he tried to downplay his legal bulldozing of the nuns’ religious beliefs.

“Well, as I said, senator, our action was against the federal government,” Becerra said.

“No, no. You continued and you said, ‘so that California could administer your program.’ What did the nuns do that made it difficult for California to administer their program?” Sasse said.

After the nominee repeated his answer, the senator said, “But what did the federal government do? It was about the nuns. This is nonsense. Like, what you’re saying isn’t true.

“You say you didn’t sue the nuns. You sued the federal government that was keeping you from making sure that the nuns had to buy contraceptive insurance.

RELATED: Nikki Haley Piles On Biting Criticism of WHO Director – ‘So Much Suffering Has Been Caused’

“Were the nuns going to get pregnant?”

In July 2020, the U.S. Supreme Court sided 7-2 with the nuns in a related case, Little Sisters of the Poor v. Commonwealth of Pennsylvania, ruling that the Catholic charity does not have to provide free contraception to its employees, citing its religious objection.

Shortly afterward, the court remanded Becerra’s lawsuit back to the 9th U.S. Circuit, where it is still pending.

In addition to bullying nuns, the Democrat is also under fire from Republicans because of his total lack of health experience. This is presumably a requirement for someone who wants to lead the Department of Health and Human Services.

Becerra has also been criticized for his endorsement of taxpayer-funded abortion, including the controversial partial-birth abortion procedure.

Today, I asked @HHSGov nominee Xavier Becerra if he supported any kind of restriction on abortion, including restrictions on the lethal discrimination of babies with Down syndrome or partial-birth abortion.

He refused to answer. pic.twitter.com/vwgZIqe37t

On Monday, Sen. Tom Cotton of Arkansas and Rep. Dan Bishop of North Carolina sent a strongly worded letter to President Joe Biden urging him to withdraw the nomination because of Becerra’s “radical policies on immigration, abortion and religious liberty.”

The letter, which was signed by 75 Republican lawmakers, slammed Becerra’s “alarming” lack of qualifications and warned that his “radical leftist agenda” undermines Biden’s alleged desire to promote “unity.”

Between his radical views on abortion and his lack of relevant healthcare experience, Xavier Becerra is wholly unfit to be @HHSGov Secretary.

I joined @hughhewitt this morning to talk about Becerra’s nomination:https://t.co/3gQXKe8tGP

“Mr. Becerra’s radical views extend to his ardent support of abortion until the moment of birth. … Mr. Becerra’s extremism and contempt for those who take a different view contradict your calls for unity,” the letter read.

The letter underscored that his appointment “would sow further division at a time our country needs to heal” and urged Biden to withdraw Becerra from consideration as HHS secretary.