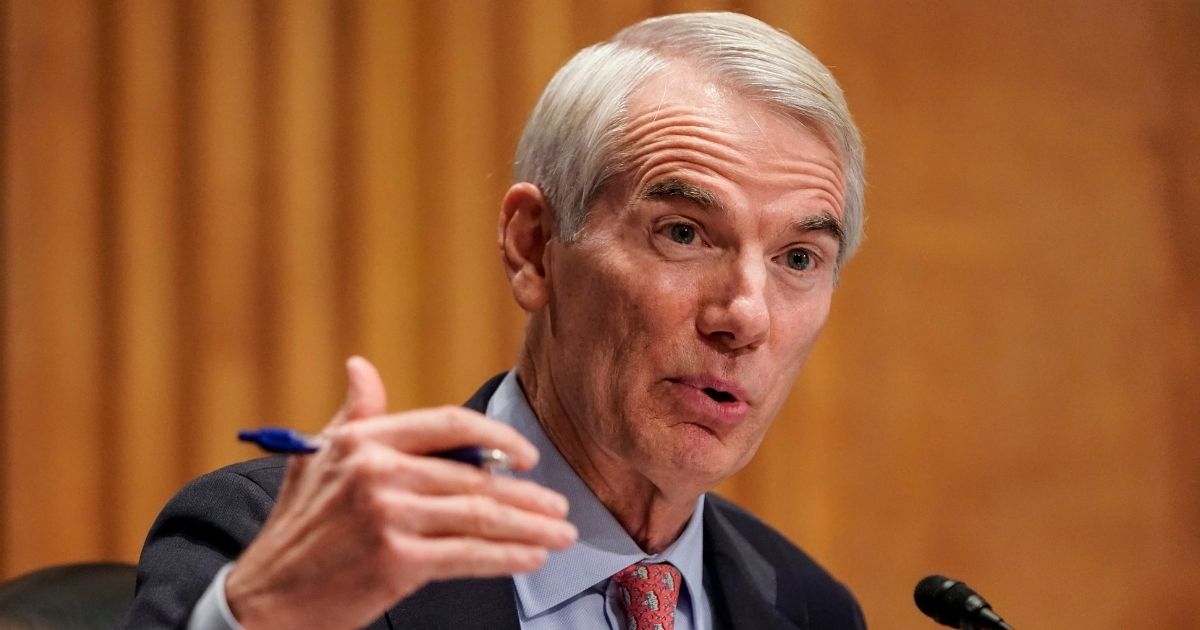 Republican Sen. Rob Portman of Ohio has announced he is participating in clinical trials for a coronavirus vaccine.

In an interview Tuesday with CNBC, Portman, 64, said he hoped to help bolster public confidence in a vaccine by participating in Johnson & Johnson’s phase three trials.

“The most important thing we can do right now is get these vaccines out and on the market, and we’ve got to ensure people are actually going to get vaccinated,” the senator said on “Squawk Box.”

He touted a vaccine as a better alternative to further lockdowns and asked people to wear masks and practice social distancing.

“It’s one thing to have the vaccines, which I think will be ready by the end of this year, so really in just a month and a half, but we’ve got to be sure that people are willing to be vaccinated,” said Portman, who was wearing a mask representing Ohio.

He added, “So the reason I participated in this trial was because I think the vaccines are so important.”

“Congress ought to pass another COVID-19 bill to ensure the vaccine progress continues.” Sen. Rob Portman says developing vaccines is “a much better solution than lockdowns” after he revealed he joined Johnson & Johnson’s vaccine trial to encourage people to get vaccinated. pic.twitter.com/LOmRsr09A1

Portman said he is concerned that some Americans might not trust a vaccine and that he signed up for the Johnson & Johnson trial nearly two weeks ago, prior to the announcement that Pfizer had reported 90 percent efficacy with its own vaccine.

Would you take a COVID-19 vaccine if given the opportunity?

On Monday, Moderna followed suit, announcing that its COVID-19 vaccine appeared to be 94.5 percent effective in a major trial.

In May, President Donald Trump announced “Operation Warp Speed,” a public-private partnership aiming to develop a vaccine by the end of the year.

“That means big and it means fast — a massive scientific, industrial and logistical endeavor unlike anything our country has seen since the Manhattan Project,” Trump said at the time.

According to Portman, public confidence in the coming vaccines is crucial.

“These are FDA professionals. These are scientists that are taking extraordinary measures to be sure that it’s safe,” he told CNBC.

“So, I want to encourage everyone to participate in the trials, if you’re comfortable doing that, but certainly to get the vaccine when it’s available,” the senator said.

Portman said he feels great but he is not sure if he has been given a placebo or the vaccine.

He also discussed his participation in the trials Tuesday morning on Twitter.

“I hope that my participation in the Janssen-Johnson & Johnson phase 3 vaccine trial will encourage others to participate as well & help Americans feel confident of the safety & effectiveness of vaccines once they are authorized by the FDA,” the senator said.

I hope that my participation in the Janssen-Johnson & Johnson phase 3 vaccine trial will encourage others to participate as well & help Americans feel confident of the safety & effectiveness of vaccines once they are authorized by the FDA.

A Wall Street Journal/NBC News survey released last month found that while a majority of Americans are open to getting a vaccine, many would wait to see if there were side effects.

“About 70% of registered voters surveyed said they would take a Covid-19 vaccine, although many want to wait until it has been available for a while to see if there are major problems or side effects … 20% of respondents said they would take a vaccine as soon as one becomes available, while about half the respondents wanted to wait until they learned more information about the shot,” The Wall Street Journal reported.

Seventeen percent of the poll’s respondents said they would not take a vaccine, while another 10 percent said they would only take a coronavirus vaccine if it were mandatory.

That survey was conducted after Democratic presidential hopeful Joe Biden and his running mate, Sen. Kamala Harris of California, both made comments disparaging any vaccine developed under the leadership of President Donald Trump.

Democratic vice presidential nominee Kamala Harris said that she would not trust President Trump alone on any potential coronavirus vaccine.

Asked in September whether she would get a vaccine if it were approved and distributed before the election, Harris responded, “I will say that I would not trust Donald Trump and it would have to be a credible source of information that talks about the efficacy and the reliability of whatever he’s talking about.

“I will not take his word for it.”