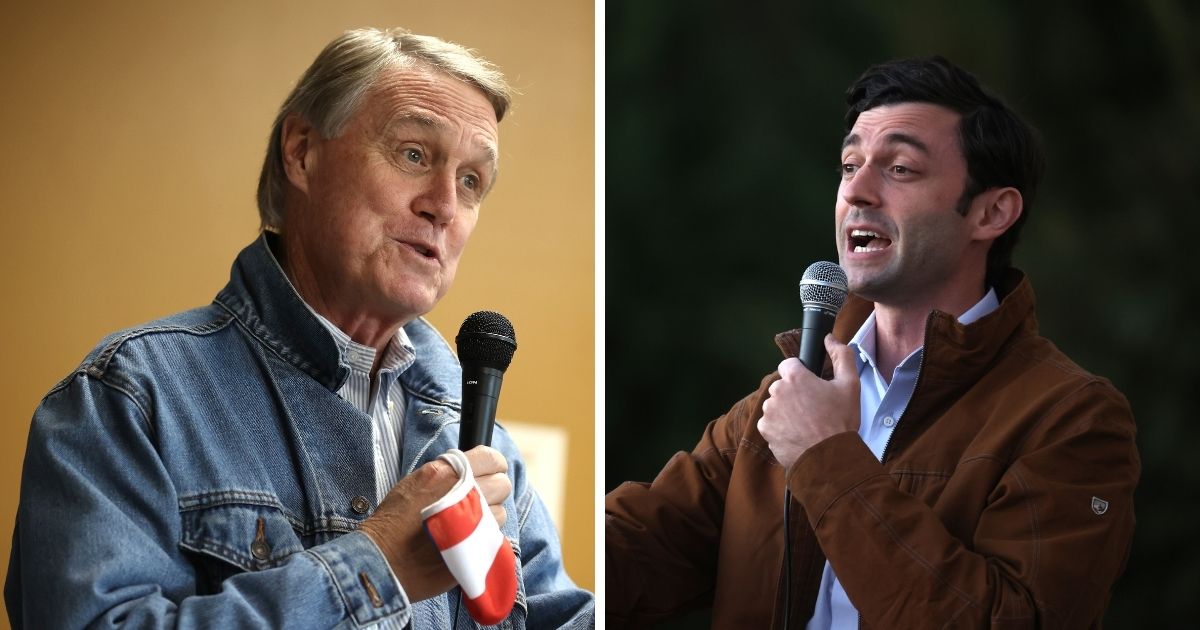 A Georgia Senate contest that had been too close to call for days will head to a January runoff, giving the state the unusual spectacle of two runoff elections for its two U.S. Senate seats.

Georgia rules require a winner to have a majority, which meant that Perdue, despite his lead, could not be declared the winner of the seat he has held since 2014. Shane Hazel, a Libertarian candidate, took 2.32 percent of the vote. The runoff, however, will only feature the top two vote getters.

A special election was already brewing in the race for the Senate seat currently held by Republican incumbent Kelly Loeffler, who was appointed to fill the seat held by former Republican Sen. Johnny Isakson, who retired.

But they must REGISTER by Dec 7th!

In that contest, Loeffler and Democrat Raphael Warnock topped a 20-candidate field that had also included Republican Rep. Doug Collins, according to NPR.

The results of those two elections are pivotal because if Republicans hold leads in current close races, the Senate would stand at 50-48 Republican.  If the two seats go Republican, the Senate remains in GOP control, 52-48.

If the seats go Democratic, it would create a 50-50 split, meaning that the tie-breaker vote goes to the party that holds the White House, because the vice president breaks ties in the Senate.

“All eyes will be on Georgia for the next two months,” said Emory University political science professor Andra Gillespie. “There will be record spending, unprecedented campaigning and tons of mudslinging in these races — more than what we’re used to seeing.”

Perdue’s campaign voiced confidence that having almost hit the magic 50 percent mark, the incumbent would win in January.

“There is one thing we know for sure: Senator David Perdue will be re-elected to the U.S. Senate and Republicans will defend the majority. Perdue will finish this election in first place with substantially more votes than his Democrat opponent,” Perdue’s Senate campaign manager Ben Fry said in a statement, according to Fox News.

“It is clear that more Georgians believe that David Perdue’s positive vision for the future direction of our country is better than Chuck Schumer’s radical, socialist agenda,” he said.

The Republicans in the runoff will have the support of the Women Speak Out PAC, which on Friday announced it would spend up to $4 million to support Loeffler and Perdue, according to a news release on the website of the Susan B. Anthony List.

#GAsen: Women Speak Out PAC, a group partnered with @SBAList, is investing $4 million in Georgia to boost Sens. @KLoeffler (R) and @Perduesenate (R). The campaign will include mail, digital ads, voter calls and texts, and door-to-door canvassing.

“We are going all in for pro-life champions Kelly Loeffler and David Perdue,” said Mallory Quigley, spokeswoman for the effort, according to Newsweek.

“The outcomes of these races will determine the fate of the U.S. Senate and our nation. Without a pro-life Republican majority in the Senate, there would be no check on the pro-abortion Biden-Harris administration, Chuck Schumer, Nancy Pelosi and the radical pro-abortion lobby bent on ditching the filibuster and packing the Court,” she said.