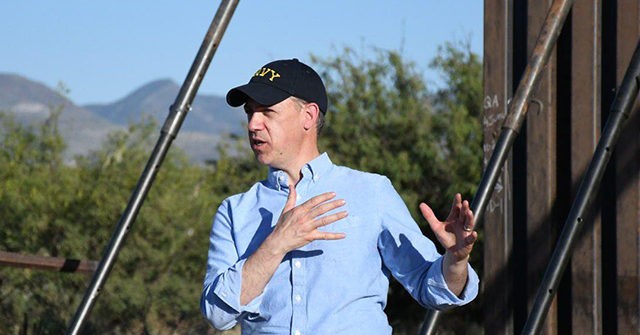 Rep. Jim Banks (R-IN), the new chairman of the Republican Study Committee, says the Republican Party must work on behalf of ordinary Americans in order to win future elections.

In an interview with The Hill, Banks outlined a populist-nationalist agenda for the Republican Study Committee that centers around aiding its constituents: America’s working and lower-middle class.

“And that is this broader theme of appealing to working-class voters. It’s related to drawing from the lessons of the last four years: how you rebuild manufacturing jobs in America, putting American workers first in trade deals and immigration policy. Those are areas where the Republican Study Committee has not been as involved in before. And I want to lead us to take an active role and articulating where the conservative movement stands and where we go now after the 2020 election.” [Emphasis added]

“If we’re going to win the majority in 2022 and win the White House in 2024, our party has to look a lot more like Donald Trump than some of the Republican candidates in the past,” he said. [Emphasis added]

“Trump taught us how to fight and win with an agenda that appeals to a popular base. House conservatives must follow his example and carry the Trump message the next two years.” [Emphasis added]

Ahead of the presidential election, the Federation for American Immigration Reform (FAIR) issued a blueprint on reforming the illegal and legal immigration system.

Trump’s building out of the GOP base to a large coalition centers on the defense of America’s working and lower middle class that have been decimated by decades of corporate consolidation, free trade, and China’s entering the World Trade Organization. The agenda, in large part, stays hugely skeptical at the globalization of the American economy.

Voters in the most recent election overwhelmingly support a reduction to overall immigration, a closing of the nation’s borders during the Chinese coronavirus crisis, and a slowing of rapid population growth via immigration, exit polls reveal.

In contrast with the party’s establishment, Trump’s approach has been to reduce foreign competition against Americans through tariffs on foreign imports and a tightening of the labor market via a reduction of immigration.

On key economic nationalist policy prescriptions, a huge majority of Americans want more tariffs on foreign imports, mandatory country-of-origin labeling, and a requirement that goods be made in the U.S.

Opinion | With No Votes to Spare, Biden Gets a Win...