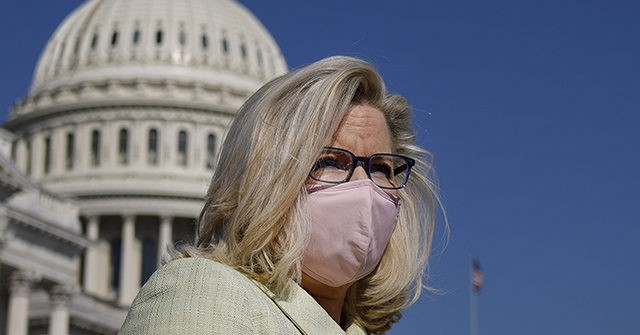 Republicans are looking to remove Rep. Liz Cheney (R-WY) from her number three leadership position as House Republican Conference chair and replace her with another female Republican Congresswoman.

Reps. Elise Stefanik (R-NY.), Ann Wagner (R-MO), and Jackie Walorski (R-IN) have all had their names thrown around to replace Cheney as conference chair and in leadership, according to congressional aides who reportedly told Axios.

The Republican members realize they can not replace Cheney with a man, adding that selling an all-male leadership would be hard to do leading up to the midterms, according to the report. The report added it would be a challenge to the suburban woman.

Axios reported the conference is set to meet on May 12. The members are expected to oust Cheney then, either formally or informally, after reports from the past weekend. Allies close to House Republican Leader Kevin McCarthy (CA) have spoken out against Cheney.

To officially oust her as conference chair, it would require a two-thirds vote of the 212 caucus members. Axios pointed out a two-thirds majority is a high bar if there is a secret ballot held.

Stefanik has been seen as a “rising star” in the Republican party after gaining popularity for defending former President Donald Trump during his first impeachment. Axios noted her seat could be affected by the redistricting in her home state of New York. New York is controlled by Democrats and is losing a congressional seat. She is also considering a run for New York’s Governor in 2022.

Wagner reportedly was an initial replacement for Cheney when she was considering a run for the Senate. Wagner currently has been debating  running for the vacant seat caused by Sen. Roy Blunt’s (R-MO) retirement, according to the report.

Walorski currently is the top Republican on the House Ethics Committee, while also serving on the House Ways and Means Committee. The report noted, Walorski is well-liked inside the Republican party and has been seen as someone who would not cause waves in the leadership.

The report claims that some aides have been mentioning Rep. Cathy McMorris Rodgers (R-WA) as a possible replacement as well. Previously, Rodgers was the chairwoman of the House Republican conference from 2012 to 2018. Some aides told Axios that Rodgers could also be “a good placeholder” until the next leadership elections are held.

Axios noted all of the aforementioned members voted not to impeach Trump.

Over the weekend, a report came ou, showing the Republicans were mulling over ousting Rep. Liz Cheney (R-WY) from her number three leadership position as House Republican Conference chair. One member suggested Cheney could be ousted within a month, Axios reported.

Monday, House Republican Leader Kevin McCarthy’s (CA) allies reaffirmed their statement. House GOP Conference chair Liz Cheney (WY) would be removed from her leadership position by the end of the month, they said.

According to the Hill, one ally of McCarthy’s said, “There is no way that Liz will be conference chair by month’s end. When there is a vote, it won’t be a long conference; it will be fast. Everyone knows the outcome.”