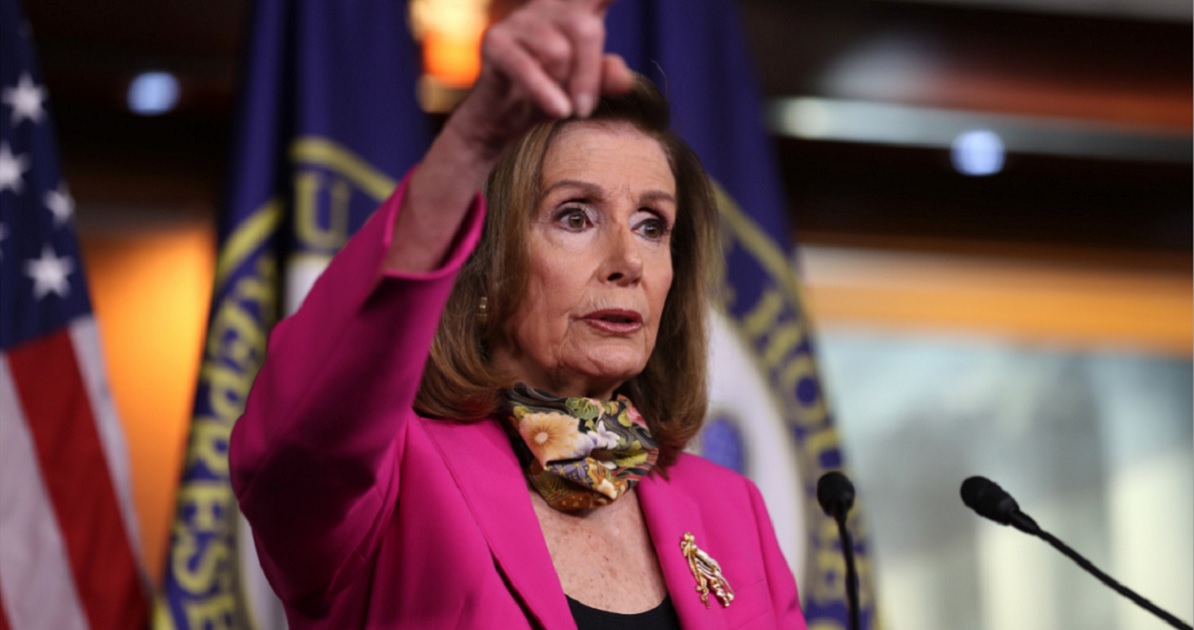 It was Pelosi propaganda in its purest form on Thursday, but Republicans were firing right back.

House Speaker Nancy Pelosi has never been shy about showing off her talent for misreading the American electorate, but her news conference describing the results of the Nov. 3 election was a case study in Democratic delirium.

And with Senate Minority Leader Chuck Schumer firmly on board, it showed just how dangerous its members can be in positions of power.

Despite the fact that Democrats have still not secured a victory in the presidential election, are unlikely to gain control of the Senate and managed to lose at least five seats in the House of Representatives when virtually all forecasts called for them to expand their majority, Pelosi and Schumer on Thursday claimed Democrats had received a “mandate” from American voters.

“What Joe Biden got in this election was a mandate — a mandate to address the challenges that our country faces as well as to have a positive initiative on how to grow the economy in a fair way,” Pelosi told reporters, according to The Washington Times.

“And in order to do that, we must address the COVID, the pandemic. We must.”

Well, obviously the country needs to address the coronavirus pandemic, the deadly disease brought to the world by the Chinese government with which former Vice President Joe Biden is so friendly.

What isn’t so clear is that the Democratic Party has achieved a “mandate” to do it. The fact of the matter is that the presidential election remains undecided.

The fact that Biden is on track to defeat President Donald Trump pending the outcome of court and electoral challenges doesn’t change the reality that the election margin is razor-thin.

Was the Democratic Party rejected on Election Day?

Under circumstances like that, any talk of a “mandate” would be doubtful.

The facts are that American voters apparently have crushed Schumer’s dream of finally displacing Senate Majority Leader Mitch McConnell (Democrats will have to win two Senate runoff elections in Georgia for a majority). They delivered a rebuke to Democrats in Pelosi’s own House that few political analysts expected.

Under those circumstances, talk of a “mandate” is ludicrous.

But that’s not going to stop Pelosi and her party, or their bootlicking mainstream media allies, from talking about it.

“This election was more a, maybe more a referendum on who can handle COVID well than anything else,” Schumer told reporters. “The Donald Trump approach was repudiated, the Joe Biden approach was embraced, and that’s why we think there’s a better chance to get a bill in the lame-duck if only the Republicans would stop embracing the ridiculous shenanigans that Trump is forcing them to do.”

If the president was, in fact, “repudiated” by the electorate, as Schumer said, 70 million American voters disagree, more than ever voted for Trump’s predecessor, Barack Obama.

And while it’s true that Biden’s 75 million-plus total in the popular vote was higher, a difference of 3 percent in his favor is a long way from an “embrace.”

“I heard the speaker call it a mandate,” McCarthy said at his own news conference, according to Fox News.

Those are words Democrats who aren’t from comfortably safe districts like Pelosi’s San Francisco are sure to remember in the months and years ahead. Their party’s policies are putting their political careers in danger of being terminated with extreme prejudice.

Pelosi’s Thursday news conference wasn’t the first time she claimed a “mandate.” She used the same language last week to describe the election results, putting into practice the first principle of propaganda: Repeat the line often enough and listeners will start to believe it’s true.

The fact is that Pelosi’s party didn’t win a “mandate.” It won nothing of the kind.

And whatever the result of the presidential election, and even of the Georgia runoff contests, Pelosi’s propaganda won’t come close to changing that.