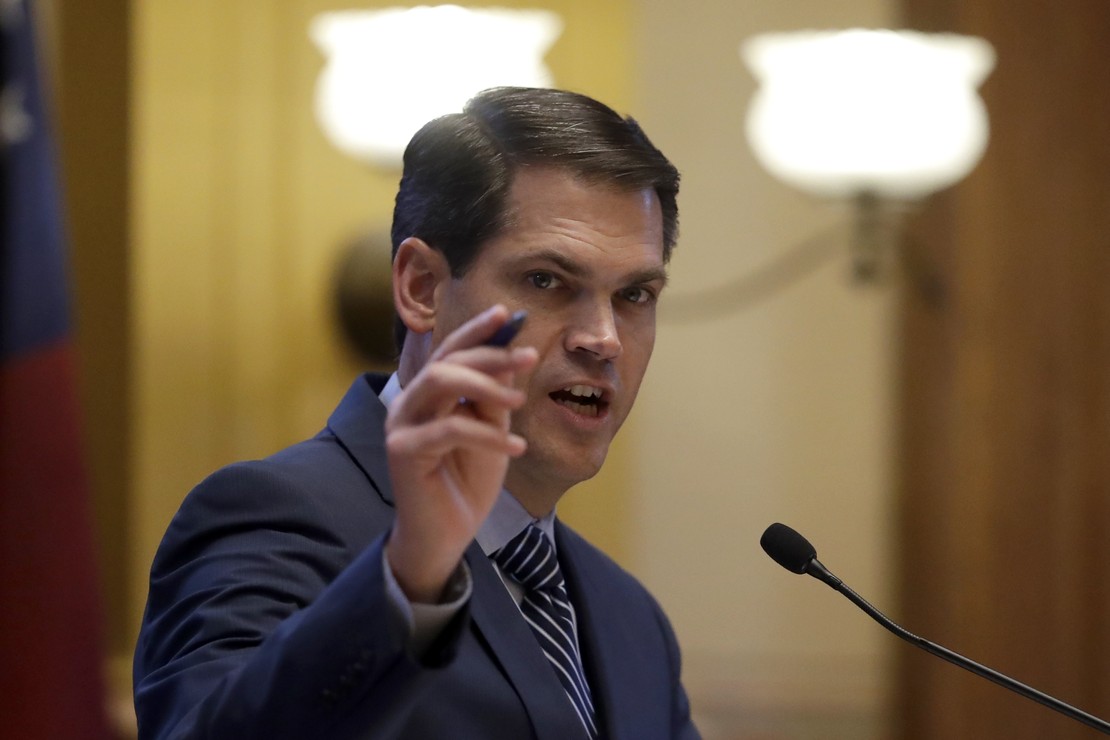 Georgia Lieutenant Governor Geoff Duncan was one of the earliest Republicans in his state to criticize Donald Trump over allegations of irregularities in the state’s 2020 election results. While he wasn’t alone in doing that, he was probably among the most high-profile Georgia GOP officials to take that position and Georgia Republicans noticed. And I mean a lot of them noticed. That hasn’t worked out very well for Duncan in terms of his position in the state party, and this week he announced that he’s throwing in the towel and will not run for another term next year. This move had been expected by many observers and it clears the field for other candidates to prepare for the primary. Duncan will instead be spending his time writing a book and building a new “activist organization.” (Yahoo News)

Georgia’s lieutenant governor, one of the most prominent Republicans to openly contradict false claims about fraud in the November presidential election, confirmed Monday as expected that he won’t seek reelection in 2022.

Republican Geoff Duncan was among the most high-profile Republicans to openly oppose Trump’s claims, angering many in his own party.

In Georgia, many other Republican officials have doubled down on unproven claims that Trump was cheated out of Georgia’s 16 electoral votes in November. Duncan said Monday that he will focus on building an advocacy organization called GOP 2.0 that “will focus on healing and rebuilding a Republican Party that is damaged but not destroyed.”

Duncan probably didn’t have any other good options on the table at this point. There were already some prominent state Republicans lining up to challenge him in the primary next year. This weekend, the GOP delegations in the state’s 14 congressional districts held their annual conventions and several of them passed resolutions condemning Duncan. In the 11th District, a resolution was passed accusing him of “conduct detrimental to the party” and saying that he had “denigrated President Trump and countless Republican voters in Georgia for their beliefs.”

Duncan has also joined in with Democrats in criticizing the state’s new election laws. None of this was winning him any friends inside the party, so the writing was apparently on the wall.

Duncan’s opposition to Trump has won him some friends outside of the state, however. Simon & Schuster has agreed to publish his upcoming book, “GOP 2.0: How the 2020 Election Can Lead to a Better Way Forward for America’s Conservative Party,” Not coincidentally, GOP 2.0 is also the name of the “advocacy organization” that he’s trying to launch. So it sounds as if he’s not planning to drop out of politics entirely or simply going home “to spend more time with his family.”

If this episode demonstrates anything, it’s probably the reality that Donald Trump is still casting a very long shadow on the political landscape. And in red or purple states that backed Trump strongly in both 2016 and 2020, loyalty to the former president remains strong. CNN can run all the storylines they like talking about “the Big Lie,” but a significant portion of the GOP is far from ready to leave Trump behind. Whether he runs for another term or not, he seems interested in playing the role of kingmaker in the mid-terms.

The next person to keep an eye on in Georgia is Republican Secretary of State Brad Raffensperger. He too was critical of Donald Trump and defended the integrity of the 2020 election. He hasn’t abandoned his post yet, but he’s already drawn a prominent primary challenger.