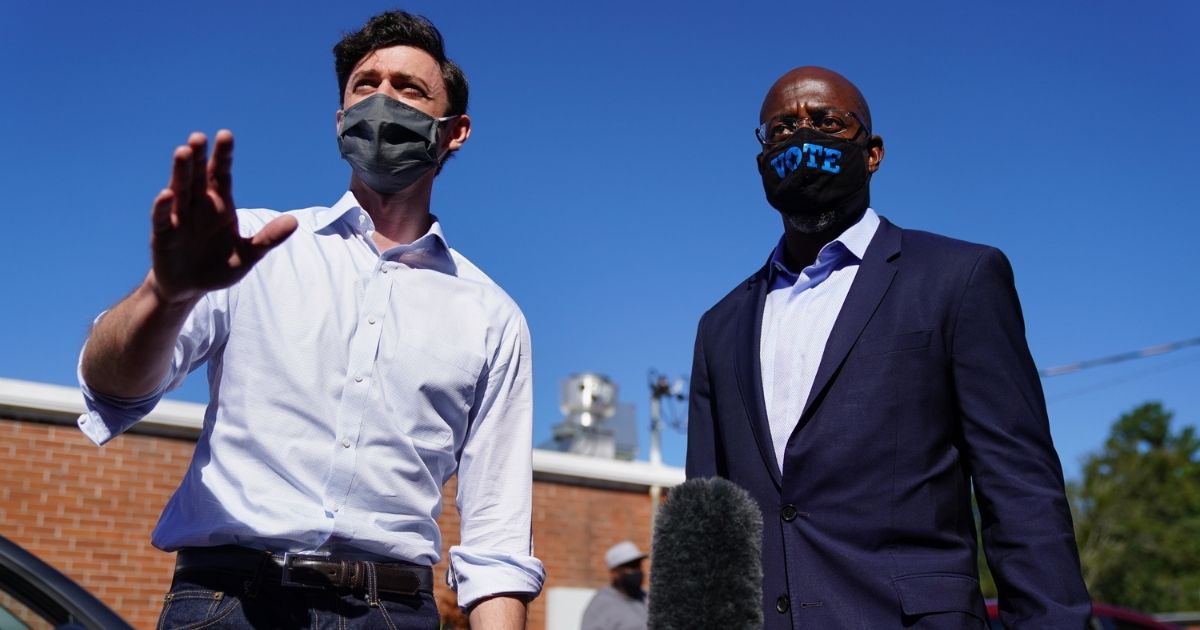 Do Georgians want their state to look like California?

If yes, they should vote for Democratic candidates Jon Ossoff and Raphael Warnock in the January runoffs for the U.S. Senate.

However, if rampant homelessness and high taxes aren’t the average Georgia resident’s notion of ideal governance, it might be best if Republicans win the Jan. 5 runoff. Ossoff and Warnock are trying to  unseat incumbent Senators David Perdue and Kelly Loeffler.

Why might Georgia Democrats be inclined to govern in a manner similar to their California counterparts?

Because California liberals are funding their campaigns.

Ossoff and Warnock attended a virtual fundraiser Monday night in an event filled with California liberals.

The fundraiser, dubbed “Save the Senate,” was held at Manny’s, a San Francisco restaurant that prides itself on being located in “a historic hub of activism and progressive action.”

With more than 3,000 funders due to attend the event via Zoom, according to The Washington Free Beacon, Ossoff and Warnock were given the chance to cash in on plenty of contributions from out-of-state donors, which both candidates have relied heavily upon.

Ossoff, in particular, has been backed repeatedly by California donors despite being a Georgia politician.

Is California a well-run state?

The Democratic candidate received $3.37 million in third-quarter itemized contributions — contributions of over $200 — from Californian donors, according to The Washington Free Beacon.

Similarly, Warnock has relied on contributions from out-of- state donors.

According to the Center for Responsive Politics, nearly 80 percent of his funds from contributions over $200 have come from outside the state of Georgia.

Of course, in order to ensure they rake in plenty of cash from  California donors, the two Democrats likely would ensure they would do their part to help presumptive President-elect Joe Biden and vice presidential candidate Kamala Harris enact their agenda of equity and diversity (also known as government control and neo-Marxism) without any pushback from the U.S. Senate.

That’s why so many Democrats from other states are fully invested in the Georgia runoffs.

If Democrats take control of both U.S. Senate seats in Georgia, the Senate would be split, with Harris as the tiebreaker.

Not only would Georgia begin to look more like the hellhole that is California, but the entire country would be well on its way to becoming a liberal-run dystopia.