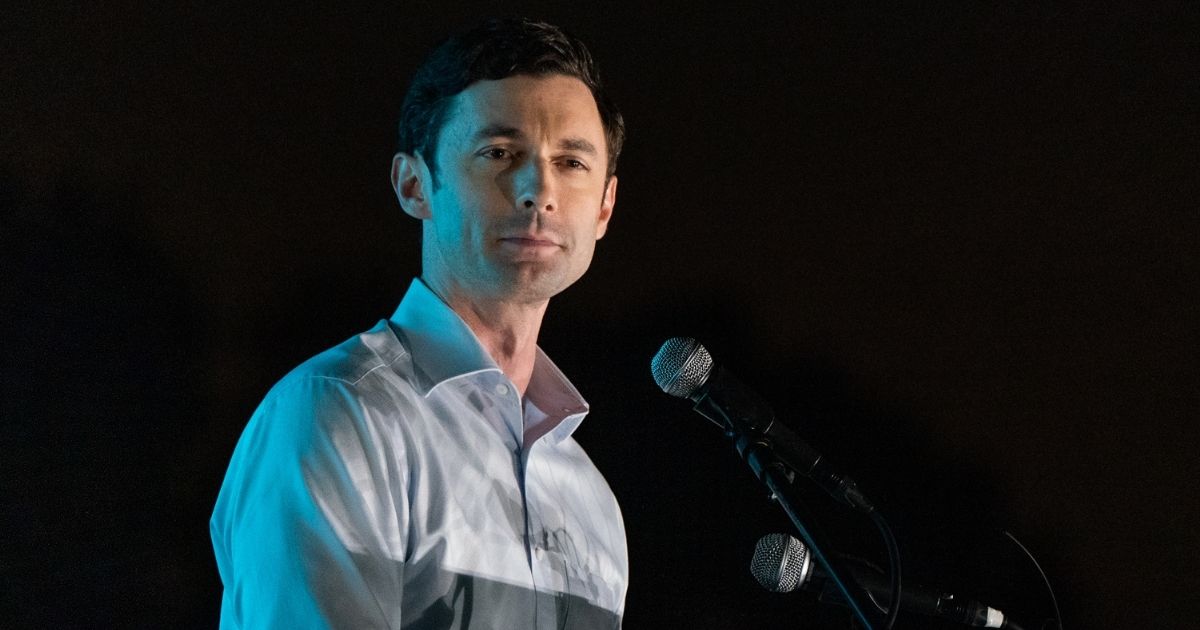 According to The Wall Street Journal, the National Republican Senatorial Committee had, in partnership with the campaigns of Sens. Kelly Loeffler and David Perdue, raised over $32.6 million in the six days leading up to Thursday. The Democratic Senatorial Campaign Committee didn’t give their fundraising numbers, but a PAC run by Georgia Democrat Stacey Abrams raised $9.8 million.

Even before it became clear that Perdue hadn’t achieved 50 percent of the vote and would face Democrat Jon Ossoff in January, CNBC reported that both parties would spend upwards of $100 million on the race. Ironic, then, that a fair share of that fundraising haul on the Democrat side will be spent in an attempt to wallpaper over a $5,000 donation.

According to National Review, Ossoff received $5,000 from PCCW Media Limited, Hong Kong’s largest telecom agency. PCCW is run by Richard Li, an avowed opponent of “independence” for his home city, going so far as to call contemplation of the matter “a waste of society’s resources.”

The money, which was paid by PCCW to Ossoff over the period of two years, wasn’t mentioned in his first batch of financial disclosure documents and was undeclared as late as May. The payments were quietly disclosed during an amended filing in July and first reported by National Review in September.

So, where did the payments come from?

Ossoff has legislative experience — according to Business Insider, he spent five years drafting legislation for Georgia Democratic Rep. Hank Johnson (he of the theory that Guam might capsize if too many Marines were deployed there). However, Ossoff came to Georgia politics with his most recent experience being as a documentary filmmaker.

According to the National Review report, Ossoff’s campaign said the money came from the airing of “two investigations produced by Jon’s company of ISIS war crimes against women and girls” from his London-based company, Insight TWI, adding it was “one of dozens of TV stations and distributors in more than 30 countries that have aired Jon’s work.”

Should this keep voters from sending Jon Ossoff to the Senate?

You wouldn’t know it, given that a National Review analysis of his campaign speeches showed no mention of Hong Kong’s pro-democracy movement.

Li, also a counselor at the Center for Strategic and International Studies, a Washington, D.C.-based think-tank, has had plenty to say about it.

In 2019, at the height of the protest movement in Hong Kong, Li called for the maintenance of “the social order with the rule of law” via the CCP’s Hong Kong and Macau Affairs Office of the State Council.

In 2016, when Li’s media conglomerate was facing a boycott for offering lifetime employment to pro-democracy singer Denise Ho Wan-see, according to National Review, Li said that he was “staunchly opposed to the independence of Hong Kong.”

“Mr. Richard Li and MOOV would like to clearly state that the company and Mr. Li respect freedom of expression,” his company said in a statement.

During a bitter October debate between the candidates, Ossoff railed at Perdue for even bringing the topic up.

At one point during the debate, Purdue pulled out a document he said proved Ossoff was trying to hide his connections to PCCW, according to the Atlanta Journal-Constitution.

“He needs to own up to it, because sooner or later, we need somebody in the United States Senate that will stand up to Communist China,” Perdue said.

Ossoff responded that Perdue has “continued to demean yourself.”

By way of explanation, the first incident involved a Perdue ad which the campaign said was “handled by an outside vendor” in which a distorted image of Ossoff appeared to have a larger nose, according to The Forward. Even after the campaign repudiated the ad, Ossoff continued to call the Perdue campaign out, saying that enlarging nose of Jewish individuals “is the oldest, most obvious, least original anti-Semitic trope in history.”

This is the oldest, most obvious, least original anti-Semitic trope in history.

Senator, literally no one believes your excuses.https://t.co/PiA7P4O4M2

There are plenty of issues with the Qatari-backed news outlet. Among them is, um, a history of anti-Semitic coverage. It’s also known for a heavy anti-American slant. And yet, as the Washington Free Beacon pointed out, this is actually an improvement from the days when the network was called (not without reason) a “mouthpiece for terrorism” for airing flattering coverage of Osama bin Laden in the immediate aftermath of 9/11.

And third, of course, we have PCCW Media.

Anyhow, Ossoff’s response is all the kind of rhetoric that gives liberals the vapors, and I’m sure it got whipped up into a donor clip posthaste. Within minutes, his people were probably busy plugging the footage into Final Cut Pro, putting some stirring music in as a background track and sending that sucker out.

But it doesn’t explain why Ossoff’s company took money from a company that has staunchly opposed Hong Kong’s independence at the same time he was trying to jumpstart his political career.

According to National Review, Ossoff’s campaign “declined to comment on whether he condemns Li’s opposition to the island’s pro-democracy movement.”

Nor does it explain why Ossoff’s company continued to produce content for Al Jazeera until 2018, according to the Washington Free Beacon. That would be a full year after his first run for Congress, a failed special election bid against Republican Karen Handel that attracted national attention if just because it was the first congressional race after President Donald Trump’s election.

Ossoff has a decent chunk of money to play around with. He’ll doubtless deploy some chunk of that $100 million to attempt to give voters amnesia about PCCW and Al Jazeera.

Both Georgia and America, however, deserve better than a candidate that needs us to forget things like this.

Will Paramount+ be a mountain or a molehill in streaming?

“I have ZERO interest in watching a woman cross state lines...