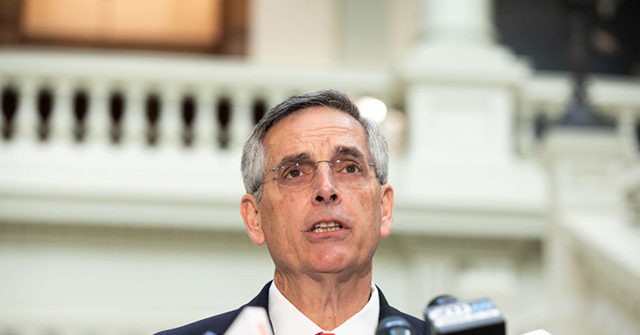 Georgia Secretary of State Brad Raffensperger (R) on Wednesday announced that the state will conduct a “by-hand recount in each county” in the Peach State.

“At 1 p.m. today, I will make the official designation of which race will be the subject of the RLA [risk-limiting audit]. At that time, I will designate that the RLA will be the presidential race,” Raffensperger announced, emphasizing that the RLA, in this case, will require a by-hand recount. Typically, an RLA involves officials examining “a statistically meaningful sample of ballots.”

“The audit is mathematically designed to catch anomalies that would arise from misconfigured machines, procedural errors, or intentional attack,” as NBC News reported.

However, due to the narrow margins, Raffensperger is requiring a “by-hand” recount in all 159 counties.

“With the margin being so close, it will require a full, by-hand recount in each county. This will help build confidence,” he said, adding that it will be “an audit, a recount, and a recanvass all at once.”

“It will be a heavy lift, but we will work with the counties to get this done in time for our state certification,” he continued.

“We have all worked hard to bring fair and accurate counts to ensure that the will of the voters is reflected in the final count and that every voter will have confidence in the outcome whether their candidate won or lost,” he added.

Raffensperger’s announcement follows a request from Rep. Doug Collins (R-GA), who is leading the Trump campaign’s recount team in the Peach State.

In a November 10 statement, Collins formally requested a “full hand-count of every ballot cast in each and every county,” attributing the request to “widespread allegations of voter irregularities, issues with voting machines, and poll watcher access.”

As we begin the recount process, there are three things we are formally requesting today from Secretary of State Brad Raffensperger. First, there must be a full comparison of absentee ballots cast and in-person and provisional ballots cast throughout the state. Second, there must be a check for felons and other ineligible persons who may have cast a ballot. Third, and most importantly, the Secretary of State should announce a full hand-count of every ballot cast in each and every county due to widespread allegations of voter irregularities, issues with voting machines, and poll watcher access. We can — and we will — petition for this in court after statewide certification is completed if the Secretary of State fails to act, but we are hopeful he will preemptively take this action today to ensure every Georgian has confidence in our electoral process.”