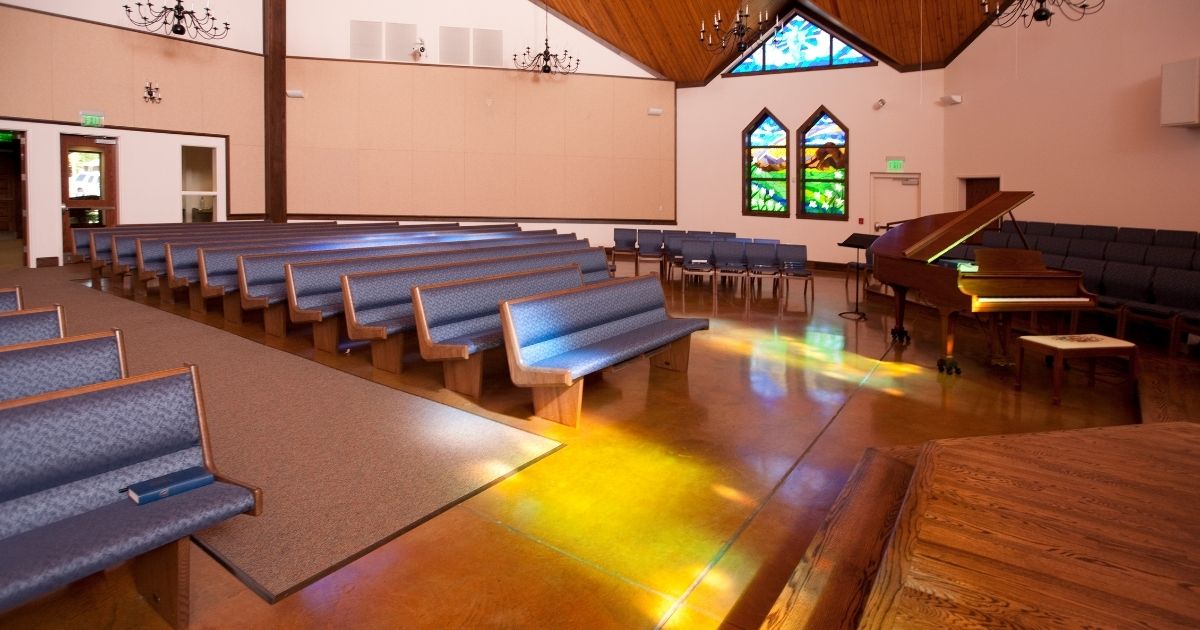 For the first time since Gallup has been measuring churchgoers in the United States, less than 50 percent of Americans say they are members of a house of worship.

The results, released last month, come from a 2020 survey.

“U.S. church membership was 73% when Gallup first measured it in 1937 and remained near 70% for the next six decades, before beginning a steady decline around the turn of the 21st century,” Gallup reported.

Since 1999, Gallup results show that the percentage of Americans who say they are members of a house of worship has been steadily declining, to an all-time low 47 percent in 2020.

According to Gallup, the decline in church membership might be related to a growing number of Americans who do not identify with a specific religion. Gallup reported that over the past three years, as many as 21 percent of Americans say they have no religious preference.

TRENDING: David Harsanyi: Biden Civil Rights Nominee Once Wrote That Black People's Brains Are Superior to Those of White People

Yet even among people who identify as religious, fewer actually are members of a house of worship than in the past. Only 60 percent of religious Americans were members of churches over the past three years, compared with 73 percent between 1998 and 2000, Gallup reported.

An even more concerning statistic is that with each generation, fewer Americans are members of churches. Gallup results show this to be a fairly consistent pattern.

“Church membership is strongly correlated with age, as 66% of traditionalists — U.S. adults born before 1946 — belong to a church, compared with 58% of baby boomers, 50% of those in Generation X and 36% of millennials,” they reported.

Will church membership in the U.S. ever increase?

The Gallup survey said that although it’s possible that a portion of the decline in 2020 was temporary and related to the coronavirus pandemic, further decline in the future appears inevitable considering “the much lower levels of religiosity and church membership among younger versus older generations of adults.”

According to research released by Barna last July, just 53 percent of practicing Christians — defined as people who attended church at least monthly before COVID-19 — said they had streamed their regular church online over the past four weeks.

Results for the Gallup poll were based on telephone interviews conducted between 2018 and 2020 with a random sample of 6,117 adults 18 and older living in the United States. The margin of error was plus or minus 2 percentage points.

The message from the poll is clear: The decline in church membership is dangerous for the country. For years, the popular culture in America has been skewing away from traditional Christian values, and that doesn’t seem to be changing.

RELATED: China's Reported Torture of Christians Is Exactly Why We Need ​a First Amendment

Take, for example, popular singer Lil Nas X. After previously saying  he enjoyed the opportunity to speak to children, he released a song titled “Montero (Call Me by Your Name),” in which he explicitly sings about doing drugs and having sex.

Unfortunately, that isn’t even the most disturbing part of the song. He also released a music video that depicts him giving Satan a lap dance.

In order to further promote his Satanic ideas, Lil Nas X commissioned the Brooklyn company MSCHF to design “Satan Shoes” to be released along with the song, according to The Guardian.

The shoes were customized Nike Air Max 97s that contained a drop of actual human blood, along with other Satanic imagery and the words “Luke 10:18,” the Bible verse in which Jesus says: “I saw Satan fall like lightning from heaven.”

Nike eventually won a lawsuit to halt the sale of the shoes, but even that created outrage.

A March 30 opinion piece on NBC News’ “Think” suggests that Lil Nas X should not be criticized for his Satanic song.

“’Montero (Call Me By Your Name)’ has been interpreted by its Christian critics as a wholesale attack on Christianity and derided by one pastor in particular as a ‘bunch of devil-worshipping wicked nonsense,'” the outlet reported.

“Lil Nas X’s response has been to gleefully troll the haters, even urging condemning Christians to stay mad.”

The reasoning, of course, is that Lil Nas X is gay, and this utterly disgusting song and music video are supposed to be seen as an empowering message.

“i spent my entire teenage years hating myself because of the s**t y’all preached would happen to me because i was gay,” he said on Twitter. “so i hope u are mad, stay mad, feel the same anger you teach us to have towards ourselves.”

i spent my entire teenage years hating myself because of the shit y’all preached would happen to me because i was gay. so i hope u are mad, stay mad, feel the same anger you teach us to have towards ourselves.

There are two concerning aspects of this line of thinking. The first is obvious, which is that depicting yourself giving lap dances to the devil and using human blood to make shoes is not a good way to confront your problems.

However, the more difficult problem for Christians to accept is that churches are not meant to make people feel this way. Yes, Christians should believe in traditional marriage, but that doesn’t mean our teachings should lead people to “hate themselves.”

The reason church membership is declining could have more than one explanation.

It could be that our culture is becoming too secular, and also that our churches are not creating the type of environment that Jesus advocated for.

The truth taught in the Bible should never be watered down to make people feel better. At the same time, Jesus taught us to love those around us, even those living in sin.

Finding the true Biblical meaning of love, which sometimes includes teaching hard truths, is very difficult. Yet if Christians in America wish to reverse the trend of declining church membership, we are going to have to work toward that goal.