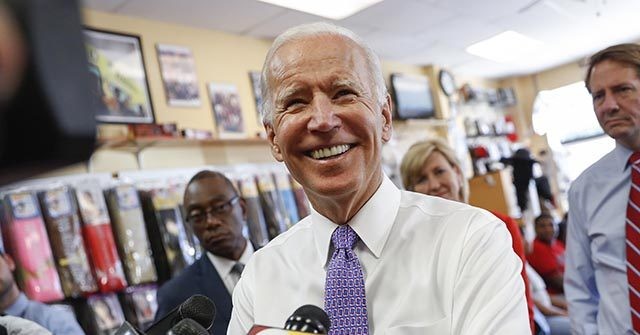 Yahoo News pointed out during the outpouring of media support for Joe Biden that a Biden presidency would usher in the first time a rescue dog has been in the White House.

NBC News reported on Biden’s rescue dog, saying, “The Bidens adopted Major in 2018 from the Delaware Humane Association after fostering the German shepherd.” People magazine published a statement from the Bidens regarding Major: “We are so happy to welcome Major to the Biden family, and we are grateful to the Delaware Humane Association for their work in finding forever homes for Major and countless other animals.”

This is Major and Champ. They are the dogs of @JoeBiden and @DrBiden. Champ has already been to the White House, but Major hasn’t yet. Champ can’t wait to show him around. Both 14/10 would be an honor to pet pic.twitter.com/Zwqmx7X6FB

Biden’s other shepherd, Champ, has been in the family since Christmas 2008.

Border Crisis Goes Into Overdrive as Cameras Catch 1,000 Immigrants Being...