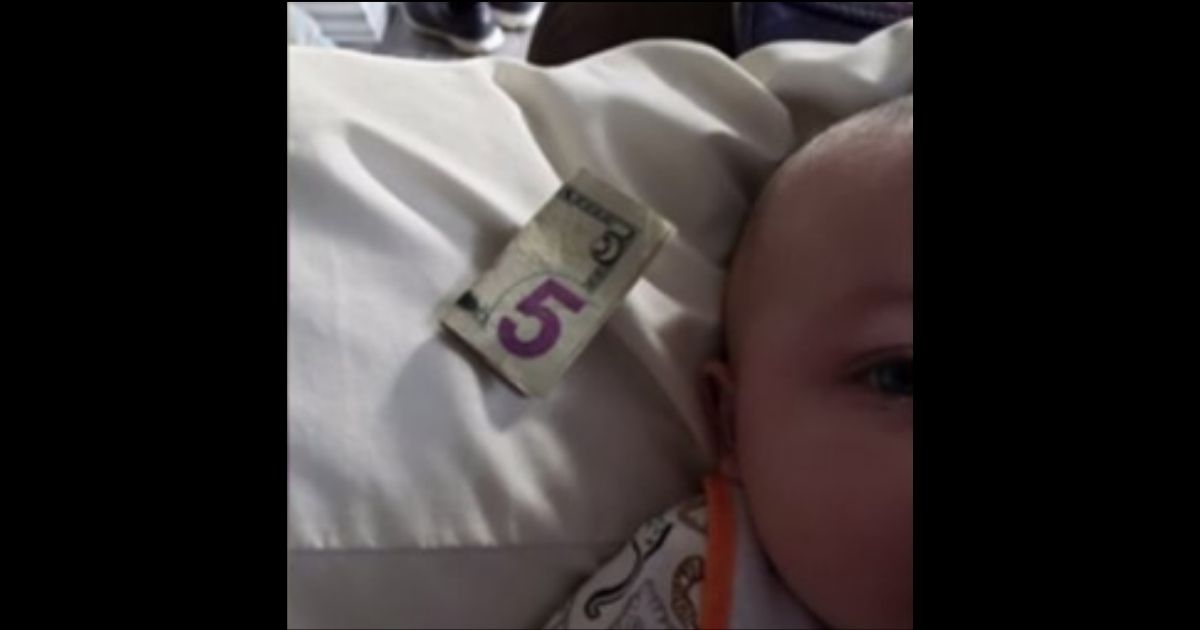 If there’s anyone who can use a pick-me-up, it’s new moms. Their routines have been dashed, their energy sapped and their lives turned upside-down.

So when an act of kindness comes their way, even when it’s small, it’s often deeply appreciated.

Perhaps someone in Indiana knew that, being acquainted with motherhood personally or by observation. Regardless, some sweet soul apparently placed a folded $5 bill under the lid (but not the seal) of a container of formula at Walmart recently as a small but kind gesture.

The Banks family of Newburgh, Indiana, ended up with that very container. At first, Shelbey Banks and her husband each assumed the other had placed it there — but no.

“We were opening up the bottle and at the very top, there was just this really neatly folded $5 bill,” Banks told WFIE-TV.

“And I looked at him and I was like, ‘Did you maybe put this in here, like maybe you didn’t have pockets or something? And he was like, ‘No I thought you sat it there,’ and was I like, ‘I don’t — I don’t ever carry change, so.'”

The parents of a 7-month-old, the couple has been scrambling to make ends meet. Their last paycheck had been entirely consumed by rent, leaving them nothing extra and yet needing basics like formula.

The timing couldn’t have been better, and Banks was overwhelmed with gratitude.

“I just — I thought it was just really endearing so that’s the first that’s ever happened to me,” she said.

“It’s good to know that there are people out there who are willing to help others when they’re in need as a community. I think that’s an awesome thing.”

And it turned out to be the gift that kept on giving: Banks posted about it in a local Facebook group, and soon offers of assistance came pouring in.

“The outreach from everybody in that group has been amazing,” Banks explained.

“I’ve had so many people offer baby formula, I’ve had people ask hey what’s your Paypal or your Cash App, I’d love to send some funds over.

“And of course, you know, for all of them, I tell them, you know, I’m good — I’m able to suffice until Friday when I get paid, but, you know, I appreciate that.”

The whole thing has given Banks a renewed sense of connection and trust in her fellow human, which is flagging for many of us during this time.