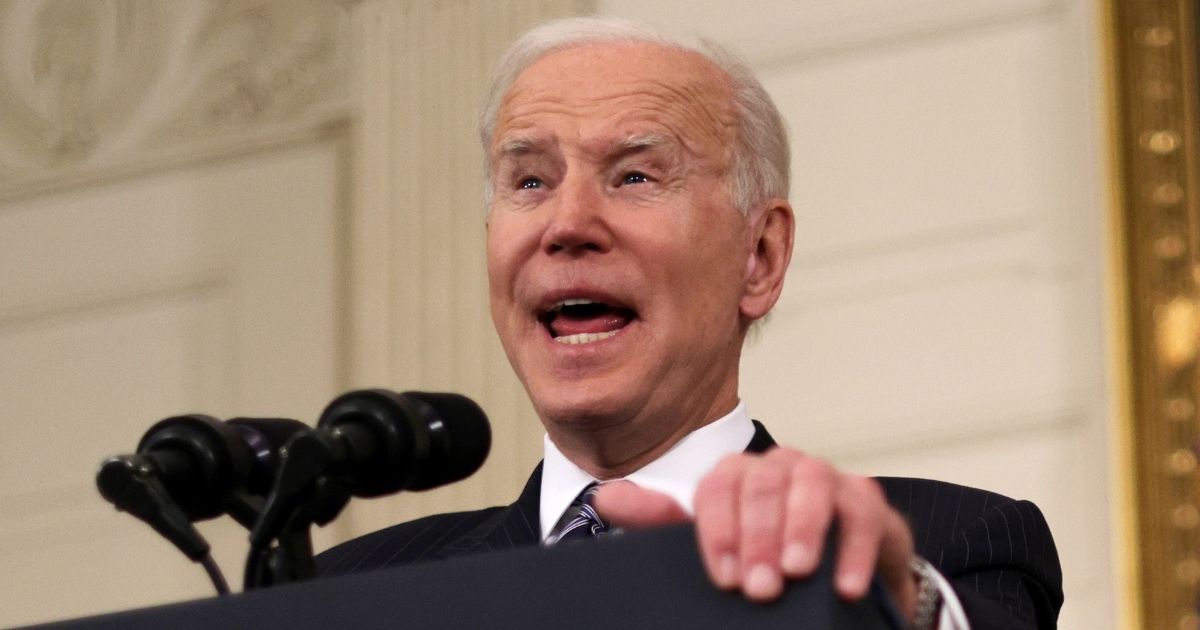 Granholm told CNN’s “State of the Union” on Sunday that if federal corporate taxes were raised, they would be closer to what other industrial countries have.

“You recall that, just a few years ago, the tax rate for corporate taxes was 35 percent, and when Donald Trump passed his corporate and tax cuts for the wealthy package, he dropped it to a point that nobody was even asking for, which was 21 percent,” she said.

“So, what Joe Biden is saying is, let’s put it to a reasonable middle. Let’s put us in line with other industrial nations, which is at 28 percent.”

TRENDING: Trump Was Right: Everyone Can Get COVID Vaccine in April

It noted that Biden’s proposed corporate tax rate of 28 percent would put the United States in the top-fifth of the 38 member countries of the Organisation for Economic Co-operation and Development.

The current 21 percent corporate tax rate, which was put in place during the Trump administration, is more closely aligned with the other nations on the list.

The fact-checker noted that at 28 percent, the United States would have the second-highest rate out of the G-7 countries, behind only France’s 32 percent.

Do you support a corporate tax increase?

If you factor in the other corporate taxes, it gets even worse.

With the Biden increase, PolitiFact said, “experts have calculated that the national plus sub-national rate would average out to 32.34%.”

That would be the highest rate in the world among advanced nations, it said. Portugal is currently No. 1 with a combined rate of 31.5 percent.

“The reality is that the new U.S. rate would be either the top rate or in the top one-fifth of rates, depending on which metric you use,” PolitiFact said.

If the goal of the Biden administration is to make the United States’ corporate tax rate closer to those of the rest of the developed world, then it is clear that the rate should remain the same.

RELATED: Did Jill Biden Speak In Front of a Flag with a Giant Nazi Eagle?

Especially in an economy that is recovering from a major downturn, corporate tax rates tend to hurt certain businesses while helping others.

On Tuesday, Amazon’s Jeff Bezos came out in support of Biden’s infrastructure plan and the tax hikes that would go along with it.

One would naturally wonder why a massive company and its billionaire CEO would support this. It all boils down to competition.

Higher corporate tax rates could be a major economic burden to some companies, which could result in layoffs or other cuts.

A giant business like Amazon would barely notice the increases with the amount of profit it makes and likely would be able to expand its dominance if there were less competition.

Granholm was trying to make the argument that the United States has some catching up to do with the rest of the developed world, but her point ultimately fell short.