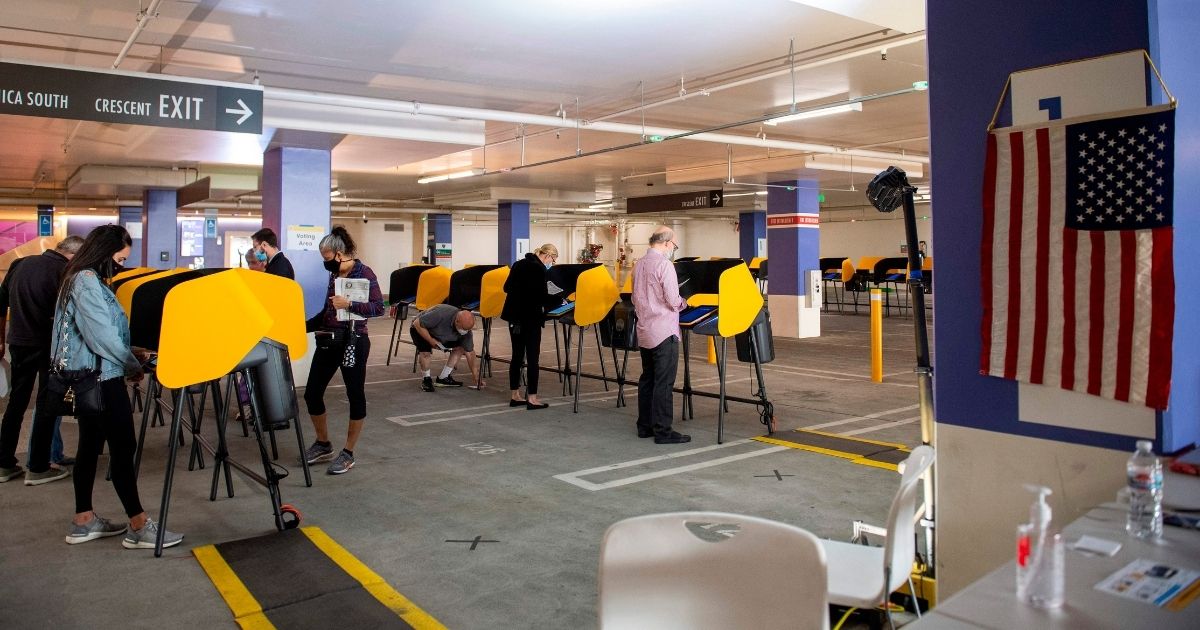 As votes continue to be counted and a Joe Biden presidency becomes increasingly likely, it’s important for conservatives to remember that the 2020 elections had some positive outcomes.

When it comes to the radical left, Americans voted firmly against two of their most heinous propositions.

Congratulations to California for voting against Prop 16, which would have permitted discriminating against people on the basis of their race in the name of “anti-racism”!

In California, Proposition 16 was a constitutional amendment that would have allowed the government and other public institutions to “discriminate against or grant preferential treatment to persons on the basis of race, sex, color, ethnicity, or national origin in public employment, public education, and public contracting,” according to Ballotpedia.

Is affirmative action a form of racial discrimination?

Leftists were in favor of the proposition because it would have allowed them to re-institute various affirmative action policies as a means of fighting the unseen, invisible, alleged forces of systemic discrimination.

Despite the stranglehold far-left progressives have over California, citizens in the state voted the measure down.

As of Friday, 56.1 percent of voters had rejected the proposition, while 43.9 percent had favored it, Politico reported.

The only thing better than the “Fair Tax” not passing is knowing JB Pritzker burned $60M of his own money pushing a failure.

Additionally, Illinois voters rejected a ballot measure that would have implemented a progressive income tax.

Nonetheless, the people of Illinois opted to keep their flat income tax, with the progressive-tax measure rejected by a healthy margin of 54.8 percent to 45.2 percent, according to Politico.

In a year where the far-left Marxists of Black Lives Matter continued to take hold of mainstream American discourse, it appeared the country was on the fast track to accepting many of the worst far-left policies that the country has ever experienced.

After seeing the two huge propositions fail in blue states, however, conservatives have a lot to be hopeful for.

If you add the fact that Republicans gained seats in the House of Representatives and likely will hold the Senate, the 2020 election  appears to be a victory for conservatives, even if Joe Biden secures the presidency.