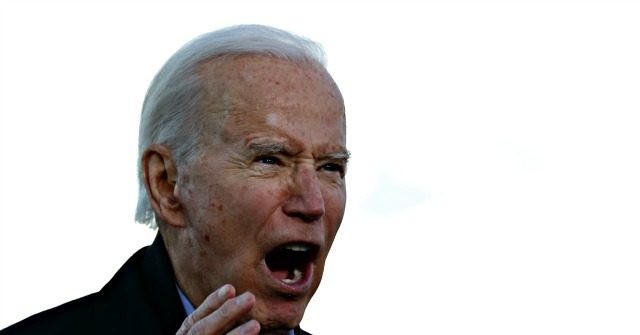 President-elect Joe Biden promised Monday in Georgia that $2000 stimulus checks would go out to Americans “immediately” if Democrat Senate candidates were elected.

“That’s literally true. If you send Jon and the Reverend to Washington, those $2000 checks will go out the door. Restoring hope and decency and honor for so many people who are struggling right now,” Biden said.

Biden said that if Republican Sens. Kelly Loeffler and David Perdue were reelected, Americans would not get the additional money.

“Those checks will never get there,” he said. “It’s just that simple.”

Biden spoke at a campaign rally with Rev. Raphael Warnock and Jon Ossoff in Atlanta, Georgia, on Monday, urging supporters to vote for the two Democrats in the Senate runoff election on Tuesday.

Since Republicans still had the Senate majority, they were blocking Democrat efforts to pass the $2000 individual checks by unanimous consent.

“Their election will put an end to the block in Washington of that $2000 stimulus check,” he said.

He added, “That money that will go out the door immediately. Tell people who are in real trouble. Think about what it will mean to your lives.”
Biden said that Americans needed the checks to put food on the table and pay the bills.

“The debate over $2000 isn’t some abstract debate in Washington. Its about real lives,” he said.

Biden said that Georgia had the power to send money immediately to not just people in their state but all across the nation.

Biden attacked President Donald Trump for failing to properly address the coronavirus crisis pandemic, noting that his administration had a “Godawful start” presumably referring to the New Year.

“The president spends more time whining and complaining than doing something about the problem,” he said. “I don’t know why he still wants the job. He still doesn’t want to do the work.”

President Trump has repeatedly signaled his support for the $2000 stimulus checks after the coronavirus aid package passed both houses of Congress in December.

“Borrowing from our grandkids to do socialism for rich people is a terrible way to get help to families who actually need it,” McConnell said on New Year’s Eve, explaining why he continued to oppose the bill.