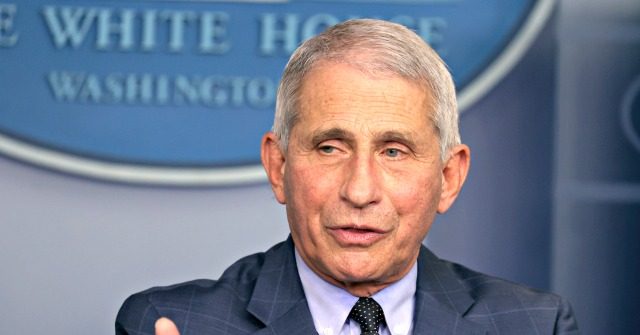 “The process of the speed did not compromise at all safety, nor did it compromise scientific integrity,” Fauci, the National Institute of Allergy and Infectious Diseases Director, said at a press briefing with the White House Coronavirus Task Force led by Vice President Mike Pence.

“That is extraordinary,” Fauci said.

He noted that the efficacy of the coronavirus vaccine was nearly that of the measles vaccine, which would help “crush” the virus in the United States, and said all Americans should be willing to participate in the vaccination program.

“It was a reflection of the extraordinary scientific advances in these types of vaccines which allowed us to do things in months that actually took years before,” he said. “I really want to settle that concern that people have about that.”

Fauci urged Americans to continue taking steps to protect themselves and others from spreading the virus by wearing masks, practicing social distancing, and avoiding social gatherings as they waited for the vaccine.

“We need to actually double down on the public health measures as we’re waiting for that help to come,” he said.

The vaccine, he said, would start to be distributed in the most vulnerable communities by the end of December.

“If you’re fighting a battle and the calvary is on the way, you don’t stop shooting, you keep going until the calvary gets here,” he said.

Vice President Mike Pence celebrated the news that Pfizer was preparing to submit their vaccine for emergency use approval to the FDA by Friday.

“Literally, we could well be just a matter of a few short weeks away from a vaccine being available across this country,” Pence said.

Pence also said that Trump’s Operation Warp Speed was set up and ready to deliver the vaccine as soon as it was approved.

“The moment that the FDA concludes that vaccine is safe and effective, we have a system in place to begin within 24 hours shipping that vaccine to hospitals, health care facilities and 24 hours after that, literally injecting that vaccine into Americans,” he said.