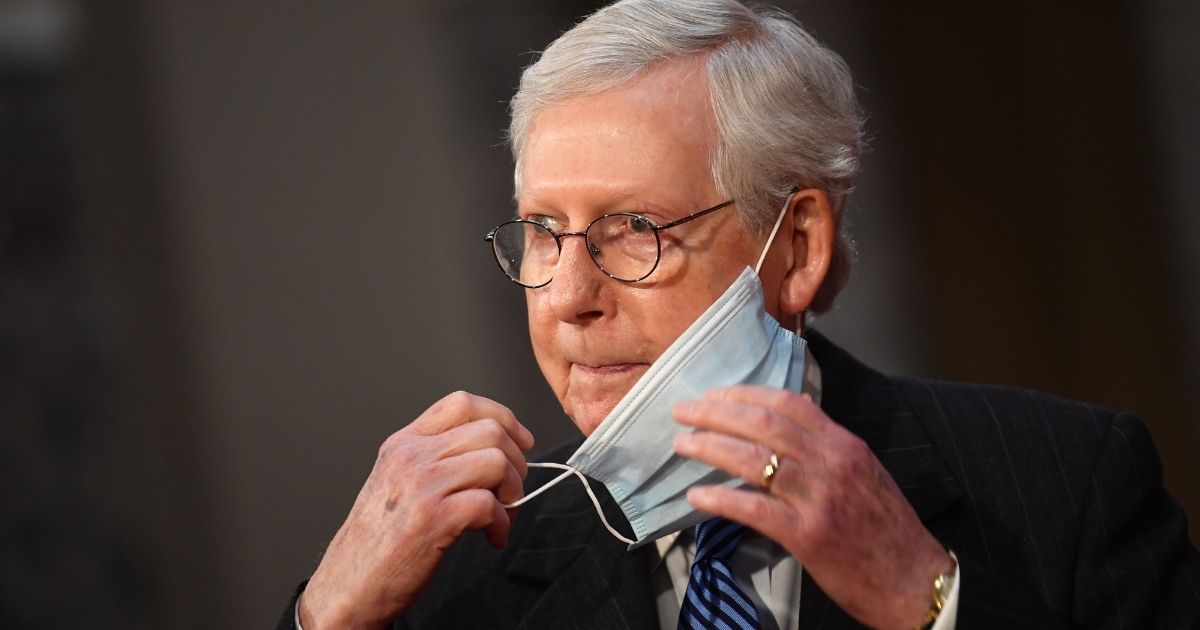 Congress is set to meet on Jan. 6 to count the Electoral College votes and certify the winner of the 2020 presidential election.

“There are increasing concerns that the 2020 presidential election should not have been certified in Pennsylvania, with mounting and overwhelming evidence depicting election irregularities and extensive and potential fraud. The fraud must be investigated — not ignored,” the letter signed by 27 state senators and representatives reads.

Among the most serious allegations in the letter is that hundreds of thousands of ballots have been counted that cannot be connected with a voter.

Today, members of the PA House and Senate request that Sen Mitch McConnell and Rep Kevin McCarthy dispute the PA election results until an investigation is conducted into the numerous claims of fraud. Until this is completed, the hastily certified results can’t be trusted (pt 1) pic.twitter.com/QJ1xmRKfu7

The legislators also claimed, based on expert testimony offered at a hearing in Gettysburg in November, that there are significant statistical anomalies, including incredibly high spikes in votes for Democrat Joe Biden.

Do you think potential voter fraud should be investigated?

The letter also noted testimony that a “portion of the forensic evidence disappeared” in Delaware County, outside of Philadelphia.

Fox News reported regarding this issue: “A U.S. Navy veteran and data scientist from Pennsylvania alleged this week that 47 USB cards used during the state’s Nov. 3 election have gone missing — and asserted that as many as 120,000 votes cast in the election should be called into question.”

“I personally observed USB cards being uploaded to voting machines by the voting machine warehouse supervisor on multiple occasions,” poll watcher Gregory Stenstrom testified. “This person is not being observed, he’s not a part of the process that I can see, and he is walking in with baggies of USBs.”

The Pennsylvania Department of State’s official tally has Biden defeating Trump by 80,555 votes.

Overall, Trump won about 407,000 more votes in Pennsylvania in his reported loss to Biden in November than in his win against Hillary Clinton in 2016.

In an email to The Western Journal, Ellen Lyon, deputy communications director for the department, dismissed the allegations made by the Pennsylvania legislators.

“These claims are completely false,” she wrote.

“Allegations of fraud and illegal activity in the 2020 presidential election have been repeatedly dismissed by state and federal judges and debunked by independent fact checkers.”

Lyon noted that former Attorney General William Barr said his department has seen no evidence of fraud significant enough to overturn the election.

“There is obviously no end to the conspiracy theories that can be fabricated, the ‘witnesses’ who will step up to make false claims, and the ‘experts’ that can be found to lend some pseudo-credibility to those claims,” Lyon wrote.

She also provided a link to an Associated Press fact-check which offered an explanation for the 205,000-vote discrepancy.

Wanda Murren, communications director for the Department of State, told the AP that some large counties have not finished uploading their voter data.

“These counties, which include Philadelphia, Allegheny [Pittsburgh], Butler and Cambria, would account for a significant number of voters,” Murren said.

The state legislators responded to this explanation in their letter to McConnell and McCarthy, writing, “This statement confirms our concern about the data and the process controls.

“Any reasonable person would suspect that 6-8 weeks would be sufficient to upload such data.”