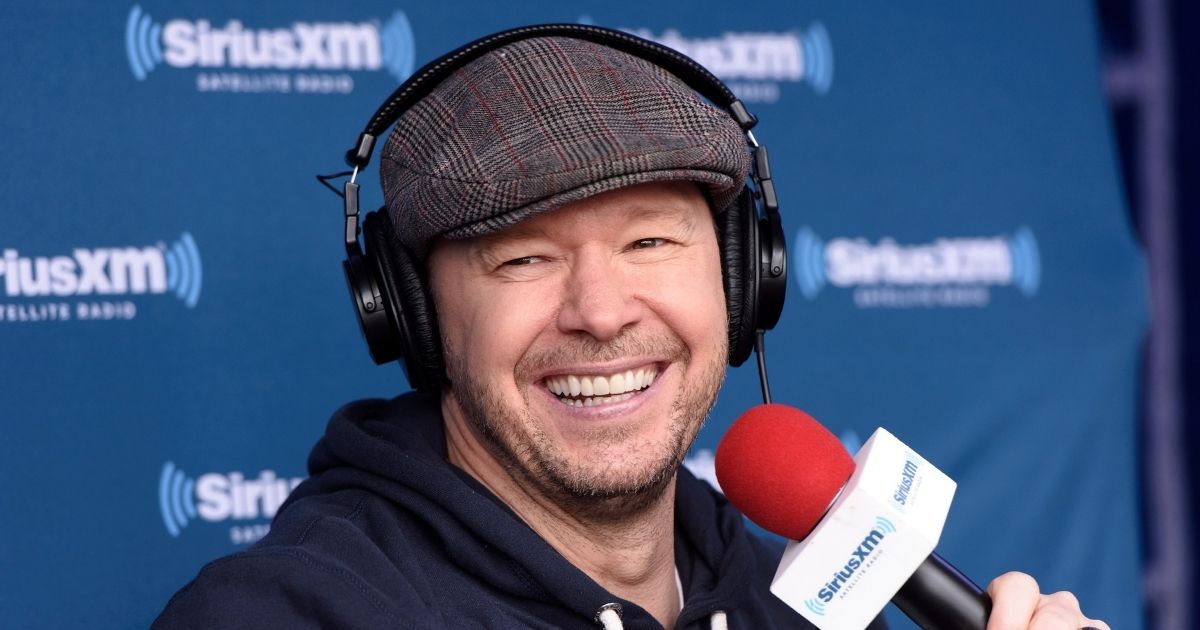 The year started out so very differently than it has ended up. At the beginning, we were all excited by the chance to start over fresh, not knowing that wave after wave of change and disappointment was about to come crashing down.

A challenge that started out in January was the “2020 Tip Challenge,” a kindhearted effort to bless workers in the food industry who, unbeknownst to all, were about to be one of the hardest-hit by layoffs and shutdowns.

“Thanks Bethany,” he wrote on the receipt. “Happy New Year 2020 Tip Challenge.”

The story went viral because Wahlberg’s wife, Jenny, tweeted about the generous tip to brag on her husband.

“@DonnieWahlberg starting 2020 off like the amazing man he is,” she tweeted.

But then the rest of 2020 happened. And while there was some seriously generous tipping going on in the name of helping people in food service, the 2020 Tip Challenge was not as prominent.

Wahlberg hasn’t forgotten about it, though, and is bringing it back. He recently left the same tip at a restaurant in Plymouth, Massachusetts.

On Saturday, Wahlberg was patronizing Marshland Restaurant and Bakery. He’d become a regular and was being served by one of his favorites.

“Donnie has been here before in the past and he always asks for [Denise],” Marty Finch, the owner of the restaurant, told People. “He had his normal order: steak tips with some grilled asparagus and some poached eggs. She always knows what he wants.”

He shared that Wahlberg has always tipped well, but Denise Andrews had no idea what was waiting on this particular day.

“When he left he just said, ‘Denise, you’re all set. The payment is on the table,'” Finch said. “She always says he’s a very good tipper anyway but her jaw dropped, to say the least, when she saw that amount of tip.”

The restaurant’s Facebook page shared a photo of the receipt, with the actual order and other info blacked out, but the tip amount on the $35.27 bill visible along with “#2020tipchallenge.”

“A very special thank you to our friend @donniewahlberg!” the post read. “When asked about it all he said was ‘who’s up next?!'”

Finch admitted that the last eight months have been rough and that they’ve had to close for part of the year. This gesture meant a lot to all of them.

“We’re kind of like a homecooked-food-neighborhood-type restaurant, so it’s just been a really good feeling all around,” he said.

He also mentioned that Denise didn’t keep the whole tip for herself.

Spread ❤️ and ❤️ Will Spread!

“Denise was very generous,” he said. “She tipped out her fellow waitstaff and the guys in the kitchen, and she actually donated too. She’s working on getting two families turkey meals during the holidays, so she’s generous herself. Donnie said to pass it on, to keep this positive stuff going, so she’s trying to do that as well.”

As if to confirm, Wahlberg shared the following message on Twitter the same day: “Spread ❤️ and ❤️ Will Spread!”