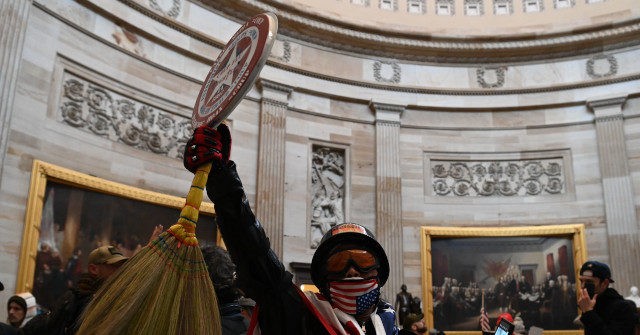 President Donald Trump urged his supporters to remain peaceful after they stormed the U.S. Capitol building Wednesday to protest the certification of the electoral college vote.

“Please support our Capitol Police and Law Enforcement,” Trump wrote on Twitter. “They are truly on the side of our Country. Stay peaceful!”

Large groups of Trump supporters swarmed Capitol Hill and entered the building, as videos showed individuals breaking down doors to enter the building.

Groups of protesters also battled with large armed Capitol Police outside the building. Reporters in the building shared images of tear gas being deployed in the building claiming that guns were drawn and even fired into the chamber.

They’re shooting into the chamber. pic.twitter.com/l9owW7BAVt

Earlier in the day, President Trump urged his supporters to show their support for members of Congress who objected to the certification of the electoral college vote.