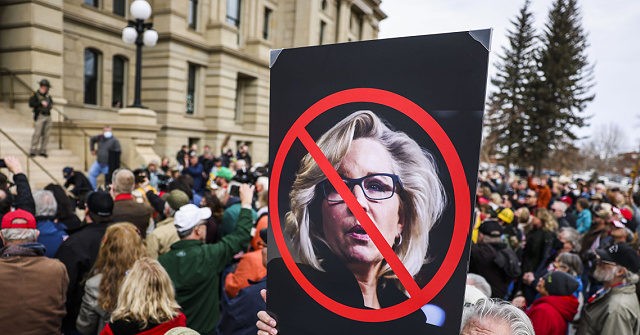 President Donald Trump said Wednesday he would make an endorsement in the Republican primary against Rep. Liz Cheney, warning too many Republican challengers would allow her to win reelection.

“So many people are looking to run against Crazy Liz Cheney — but we only want one,” Trump outlined in a statement to reporters.

At this point, Wyoming State Sen. Anthony Bouchard and State Rep. Chuck Gray both announced a campaign against Cheney in the 2022 Republican primary.

“She is so far down in Wyoming polls that the only way she can win is numerous candidates running against her and splitting the vote,” Trump wrote about Cheney. “Hopefully, that won’t happen. I’ll make an Endorsement soon!”

Trump spoke after Cheney said on Fox News she would not support Trump for president in 2024 if he was the nominee.

“For us as a party, we have to be the party of hope and aspirations, and we cannot embrace insurrection and can’t minimize what happened January 6,” she said.

Cheney raised a record $1.54 million during the first quarter for her reelection campaign as Republican establishment figures rallied to her defense. Former Republican Speaker Paul Ryan hosted a fundraiser for Cheney in March.