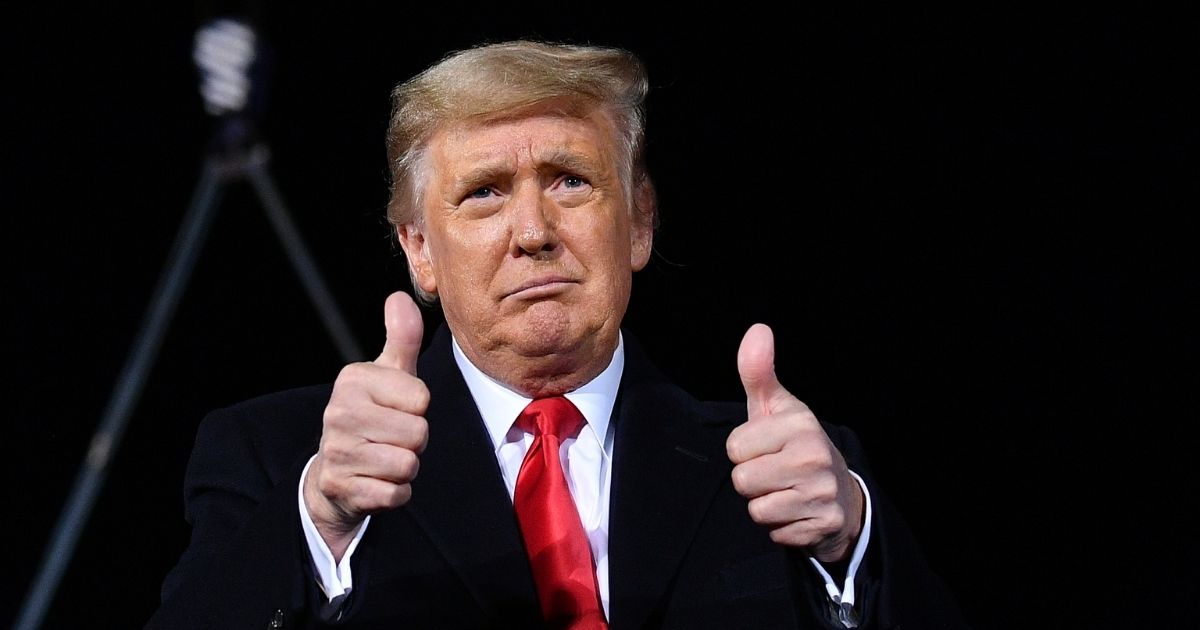 Despite a level of condemnation by the media that dwarfs anything to which Nixon, Clinton, Hoover or Grant were subjected, Donald Trump ranks as one of our great presidents.

As Richard Nixon once said, “history is written by liberals,” so don’t count on any objectivity. But we, Trump’s supporters, need to keep the memory of his record in mind so we can unpack it for the next election.

Here’s my take on what he did:

He defied almost every vested interest group in the country — and in the world — to achieve his ends. And in 2020, those interests took their revenge.

He began by defying the almost-royal power of the economic establishment — Wall Street, the big banks, hedge funds, multinational corporations. These giants were used to writing tax policy to benefit only themselves, but Trump changed that. He forced Congress to pass a massive tax cut, skillfully crafted to benefit the middle class, the working poor and small businesses, producing millions of jobs.

Then he upended the pro-China foreign policy elites — and corporate America — by holding Beijing accountable for its unfair trade practices through massive and highly effective sanctions.

President Trump virtually eliminated illegal immigration over the southern border, first by using the threat of trade sanctions to induce Mexico to hold refugees on its side of the Rio Grande and then by brilliantly contriving to build a border wall and funding it despite congressional opposition.

And when the coyotes who shepherded immigrants to the U.S. began sending unaccompanied minors to the border, where they would be separated from their mothers, he had a brilliant solution: Using trade sanctions as a cudgel, he got Mexico to hold them on their side of the border where more generous U.S. laws — and liberal judges — had no jurisdiction.

In the process, he incurred the wrath of the immigration establishment which included American industrialists and agribusinessmen by cutting off their supply of dirt-cheap labor and making them hire decently paid Americans instead.

Do you think Trump will go down in history as one of our great presidents?

Perhaps the most dramatic initiative he took was to cripple the most notorious and dangerous anti-American regimes in the world.

When Iran was caught secretly building nuclear weapons in defiance of international agreements, he confronted them with a new and devastating weapon: massive and crippling economic sanctions. Where some wanted to send in troops, he chose, instead, to use this economic weapon.

When Russian oligarchs evaded law enforcement, laundering money and brutally killing opponents, he called them out by name, barring them from obtaining visas to the U.S. and from accessing the international banking system.

And when Venezuelan dictators proved to be immune from diplomatic pressure as they rigged elections and repressed the opposition, his sanctions destroyed their economy. Where others saw no middle ground between war and appeasement, Trump’s reliance on economic sanctions imposed a true new world order

Climate change, the sacred cause of the left, put Trump and the environmentalists at loggerheads over the issue of America’s signature on the Paris accords. Flying boldly in the face of a worldwide consensus, the president pulled out when Europe gave China a free pass, allowing it to continue to emit more carbon pollution into the atmosphere than the U.S., Europe and Japan combined.

RELATED: Bob Ehrlich: 2020 Has Taught Us That the Elite No Longer Have to Pretend to Care About ‘Flyover’ America

Then he further defied the environmental lobby by granting fracking rights so that natural gas would replace coal in U.S. power generation.

At the same time, he demanded aggressive oil drilling offshore and throughout America, finally realizing a goal set more than forty years ago to eliminate our dependence on foreign oil.

The vast labyrinth of national and international environmental agencies and organizations would never forgive this heresy.

He alienated the military establishment by demanding withdrawal from the Middle East and Afghanistan while still wiping out ISIS. Our NATO partners were also furious when he successfully forced them to pay their delinquent assessments for our common defense.

When he scrapped the two-state solution on the West Bank and used the looming threat of Iran to induce the Arab OPEC states to coalesce with Israel and end their subsidy of Hamas and Hezbollah, the foreign policy establishment was aghast.

He quit NAFTA and negotiated a new deal that stopped China from sneaking products into the U.S. and allowed free hemispheric trade only for goods produced by Mexican, American or Canadian workers paid at least $15 per hour.

He alienated the legal establishment by appointing and confirming Supreme Court justices who uphold our values, even as they proved their independence by voting — wrongly — against his post-election challenges.

The intelligence community hated him for exposing their corrupt lying about his so-called collusion with Russia, which was a subterfuge designed to keep him out of the White House.

When that failed, the intelligence community knowingly spread the fictional Christopher Steele dossier throughout the media. Compiled at the behest of Hillary Clinton’s campaign, the dossier was used to try to oust Trump from the presidency.

Silicon Valley bristled at his attempts to stop them from controlling and censoring the content that their amazing technology put at our fingertips. Facebook, Google and Twitter wanted to be the exclusive arbiters of what information was sufficiently politically correct to distribute to their audience.

Trump insisted that tech companies could not censor the news or opinions any more than broadcast or cable networks could.

He paid for his sins with his presidency when his various establishment enemies ganged up on him and tried to finish him off.

But his most serious error was to incur the wrath of the media. They hated him as they have never hated any politician, crime boss, dictator or even mass murderer before. It was bloodlust.

First and foremost, he was an existential threat to the media’s power and credibility. He alone dared to challenge them and fearlessly speak the truth.

He wouldn’t kowtow to the media deities. He ignored them, going over their heads and speaking directly to the voters

And when he did speak to them, he didn’t hesitate to call them out. In a debate with Hillary Clinton, he refused to follow debate protocol and curtly berated moderator George Stephanopoulos for his obvious Clinton bias.

It isn’t just that the media disliked Trump. They hated him. They were liberals who hated his policies, insiders who hated his outsider mentality and unorthodox appointments.

They denigrated his proposals. They belittled his accomplishments, his style, his confidence and most of all, his success.

He was their rival for power.