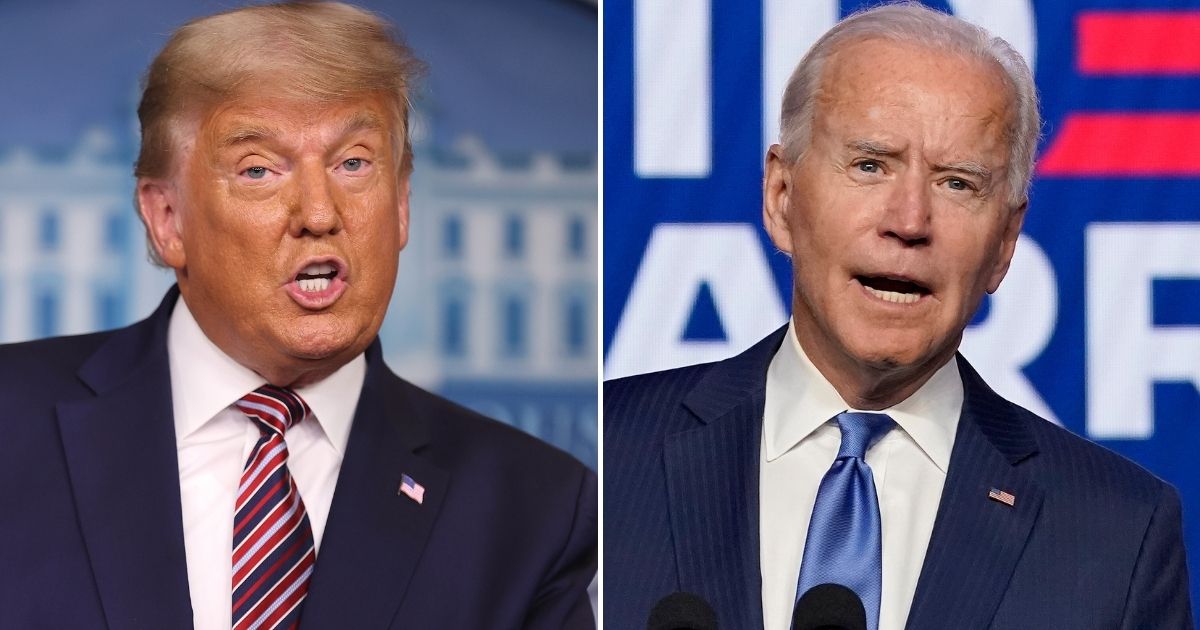 Both major party nominees in the 2020 presidential election have officially declared victory.

Incumbent President Donald Trump was the first to do so, taking to Twitter on Saturday morning to suggest that he had won handily.

“I WON THIS ELECTION, BY A LOT!” Trump wrote.

I WON THIS ELECTION, BY A LOT!

America, I’m honored that you have chosen me to lead our great country.

The work ahead of us will be hard, but I promise you this: I will be a President for all Americans — whether you voted for me or not.

I will keep the faith that you have placed in me. pic.twitter.com/moA9qhmjn8

“America, I’m honored that you have chosen me to lead our great country,” Biden tweeted.

Who do expect will win the 2020 presidential election when all is said and done?

“The work ahead of us will be hard, but I promise you this: I will be a President for all Americans — whether you voted for me or not. I will keep the faith that you have placed in me.”

The dueling declarations flew in the face of forthcoming legal challenges and the thousands of outstanding ballots still to be counted in the swing states of Arizona, Georgia, Michigan, North Carolina, Nevada, Pennsylvania and Wisconsin.

This did not stop establishment media outlets from calling the race for Biden on Saturday morning, however.

CNN was the first of the major outlets to call the race for Biden, with The Associated Press, Reuters, NBC News and even Fox News following suit just moments later.

No major outlets have called the race for Trump, who trails in the national popular vote by more than 4 million votes and in the swing states of Pennsylvania, Georgia, Nevada and Arizona, according to The New York Times.

In the interest of adhering to its core editorial value of truth, The Western Journal has yet to call the race — considering the final results have yet to be certified by the states, with every ballot counted and all legal challenges having officially vacated the state and federal judicial system.

Trump has stated in no uncertain terms that he will not concede yet, and intends to pursue every legal avenue available in the coming weeks to ensure the final certified results take into account only legally valid ballots cast by the American people.

“We all know why Joe Biden is rushing to falsely pose as the winner, and why his media allies are trying so hard to help him,” Trump said in an official campaign statement Saturday. “They don’t want the truth to be exposed.

“The simple fact is this election is far from over. Joe Biden has not been certified as the winner of any states, let alone any of the highly contested states headed for mandatory recounts, or states where our campaign has valid and legitimate legal challenges that could determine the ultimate victor,” the president added.

“In Pennsylvania, for example, our legal observers were not permitted meaningful access to watch the counting process. Legal votes decide who is president, not the news media.”