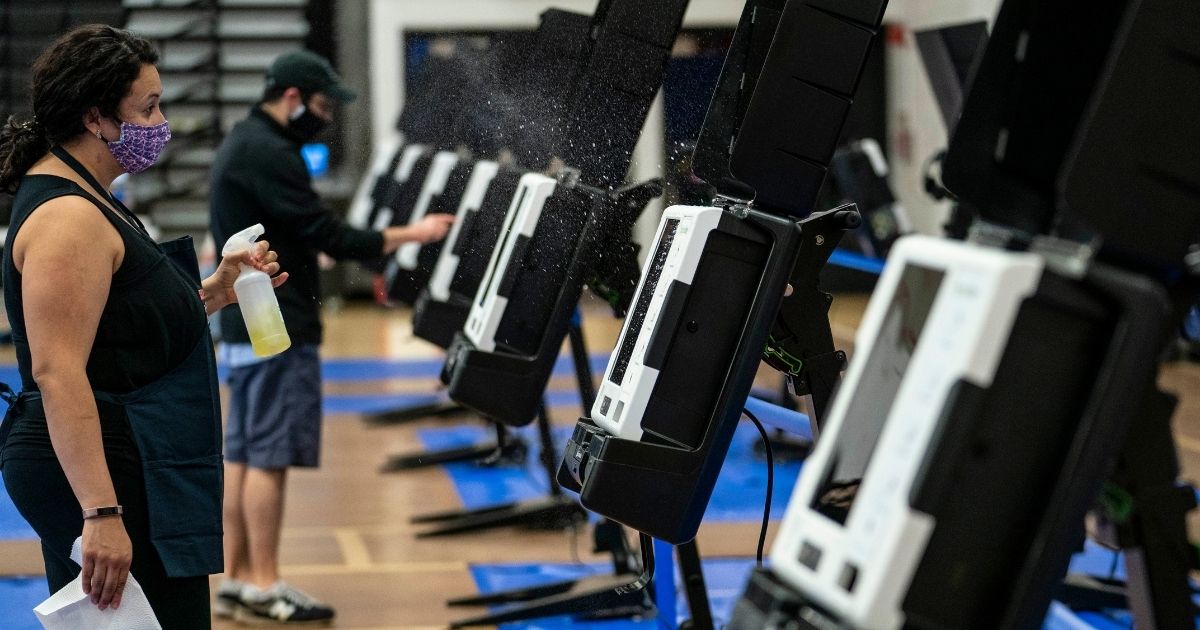 The credibility and accuracy of a major supplier of voting equipment are now in question after a chaotic election, with a disastrous resurfaced video only heaping fuel on the fire.

Despite a flurry of fact checks from the establishment media jumping to defend Dominion Voting Systems, the world was shown years ago how easily manipulated the company’s machines are.

When the New York Times posted their 2018 expose on the faults in our election infrastructure, the nation was at the height of the Russian collusion conspiracy theory.

Naturally, the Times piece, “I Hacked an Election. So Can the Russians,” focused more on what foreign actors could do. To demonstrate the potential harm, computer scientist Alex Halderman rigged an informal election.

Putting up an Accuvote TSX machine (manufactured by Dominion, according to Verified Voting) at the University of Michigan, Halderman asked students which was the greater university — their school, or its rival, Ohio State.

This wasn’t a fair contest, however. Halderman rigged the vote by hacking the machine.

The computer scientist claims election infrastructure can even be compromised through a virus emailed to election or party officials.

The machine recorded a win for Ohio State, despite the overwhelming votes for Michigan. Eventually, Halderman filled the angry students in on how he fabricated the results.

Were Dominion machines secure enough for the 2020 elections?

While this is an amusing experiment to see at a college, it’s not as fun to see questions about Dominion after a tumultuous and potentially undecided election.

The anger surrounding Dominion has even drawn the ire of President Donald Trump, who railed against the company for its lackluster voting systems.

“Now it is learned that the horrendous Dominion Voting System was used in Arizona (and big in Nevada),” Trump tweeted Friday. “No wonder the result was a very close loss!”

Now it is learned that the horrendous Dominion Voting System was used in Arizona (and big in Nevada). No wonder the result was a very close loss!

It attempted to alter our election and got caught? https://t.co/J8mcH4SpxG

Dominion has not been silent and issued a response dismissing worries about the integrity of elections conducted with the company’s equipment.

The company claims that votes were not switched or deleted on its systems and that the equipment had no glitches.

With election audits looking more and more like a real possibility in several key states, the truth surrounding the scope of Dominion’s role in the vote could soon be revealed.