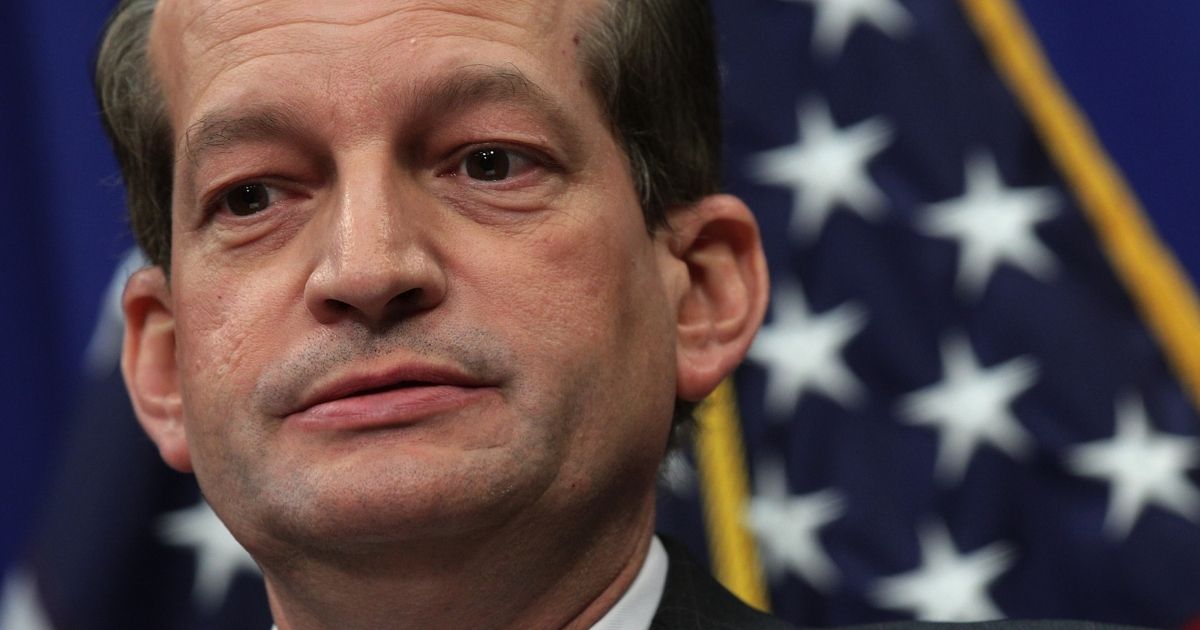 A Justice Department report found that former Labor Secretary Alex Acosta exercised “poor judgment” in handling an investigation into wealthy financier Jeffrey Epstein when he was a top federal prosecutor in Florida.

The report, obtained by The Associated Press, is a culmination of an investigation by the Justice Department’s Office of Professional Responsibility over Acosta’s handling of a secret plea deal with Epstein, who had been accused of sexually abusing dozens of underage girls.

The report also concludes that none of the prosecutors committed misconduct in their interactions with the victims.

The report’s conclusions are likely to disappoint Epstein’s victims, who have long hoped this would hold Justice Department officials accountable for actions they say allowed him to escape justice.

Under the 2008 non-prosecution agreement — also known as an NPA — Epstein pleaded guilty to state charges in Florida of soliciting and procuring a minor for prostitution.

That allowed him to avert a possible life sentence, instead serving 13 months in a work-release program. He was required to make payments to victims and register as a sex offender.

Sen. Ben Sasse, a Republican from Nebraska who has repeatedly questioned Justice Department officials about the plea deal, condemned the findings of the report.

“Letting a well-connected billionaire get away with child rape and international sex trafficking isn’t ‘poor judgment’ — it is a disgusting failure. Americans ought to be enraged,” Sasse said.

“Jeffrey Epstein should be rotting behind bars today, but the Justice Department failed Epstein’s victims at every turn.”

Do you think Acosta should have reached this plea deal with Epstein?

The investigation centered on two aspects of the Epstein case — whether prosecutors erred or committed misconduct by resolving the allegations through an NPA, and also whether they mishandled interactions with victims in the case.

The report concludes that they did not commit misconduct in their interactions with the victims because there was no “clear and unambiguous duty” to consult with victims before entering into the NPA.

Epstein was later charged by federal prosecutors in Manhattan for nearly identical allegations in 2019, but he allegedly took his own life while in federal custody as he awaited trial.

The Justice Department’s internal probe concluded that Acosta’s “decision to resolve the federal investigation through the NPA constitutes poor judgment.”

Investigators found that although it was within his discretion and did not result from “improper favors,” the agreement was “a flawed mechanism for satisfying the federal interest that caused the government to open its investigation of Epstein.”

The investigation included interviews with more than 60 witnesses and a review of hundreds of thousands of Justice Department records.

Officials identified as subjects of the investigation Acosta, three former supervisors in his prosecuting office as well as an assistant United States attorney involved in the Epstein case.

The report concluded that Acosta, who took responsibility in interviews for his decisions, had the authority as the U.S. attorney “to resolve the case as he deemed necessary and appropriate, as long as his decision was not motivated or influenced by improper factors.”

The office said its investigation had turned up no evidence that Acosta was swayed by “impermissible considerations, such as Epstein’s wealth, status, or associations” and in fact had resisted efforts by defense lawyers to return the case to the state for whatever outcome the state wanted.

The report also did not find that a well-publicized 2007 breakfast meeting with one of Epstein’s attorneys led to the NPA — which had been signed weeks earlier — “or to any other significant decision that benefited Epstein.”