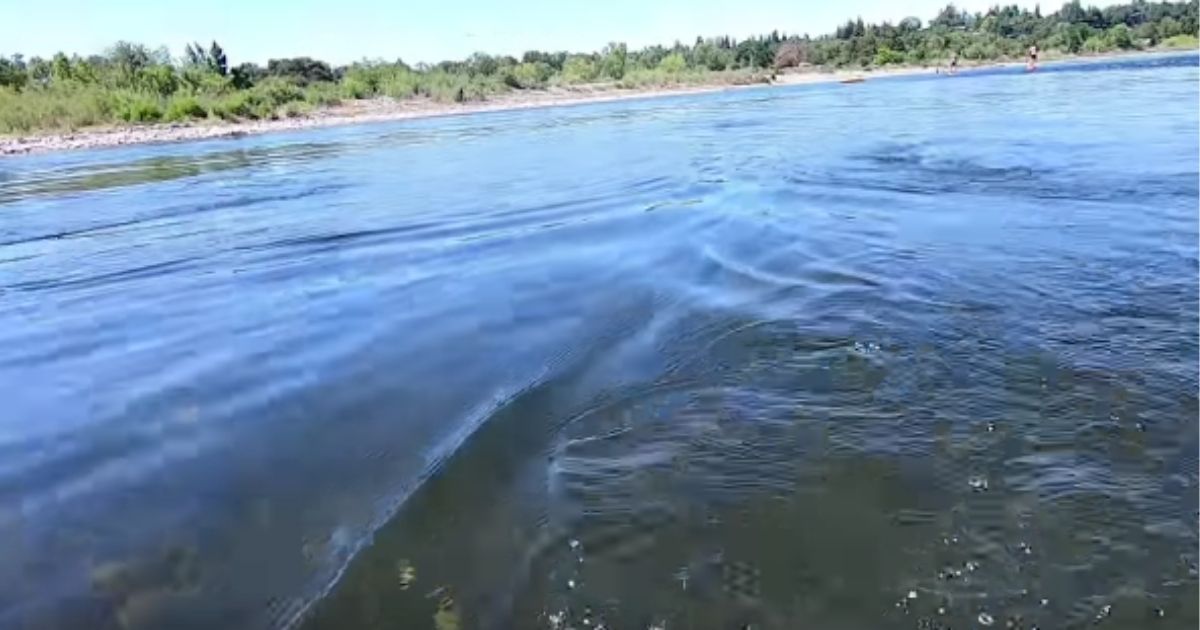 While the creepy cicada bugs are dominating the eastern half of the United States, California has their own creepy critter making a comeback.

Karl Bly, a diver in Sacramento, spotted two pacific lampreys in the American River, which are cleverly known as the “vampire fish.”

“It looks like some sea creature from the deep,” he said, according to KOVR-TV.

Lamprey’s will typically attack other fish such as trout and catfish like a parasite, and suck their blood out using their sharp teeth and a hole in their mouth.

So what makes seeing these fish such a big deal?

“[I] videoed the second lamprey of the season and the second one I’ve seen in 30 years,” Bly wrote in a Facebook video caption.

The pacific lamprey is considered a “species of concern” by the state of California, as their population has declined in recent decades.

“They would be high up there as a rare fish,” the diver told the Sacramento outlet.

Have you ever seen a Vampire Fish?

Data from the California Department of Fish and Wildlife indicates that river drainages are primarily responsible for the decrease.

“It is native to California and to the American River,” Peter Tira of the department said, according to KOVR-TV.

“None more than 5 inches long and a few years ago I found half of a full-grown but dead lamprey. But this is the first full 24-inch lamprey that I’ve seen since like the 1970s,” Bly told Active Norcal.

For those who are concerned that their nickname implies danger to people, Tira makes it clear that there is no need to fret.

“They are not harmful at all to people.”

SCARY SIGHT IN RIVER: A spooky creature has been spotted in the American River. One diver’s eye-opening discovery and what you should know about this “Vampire Fish” tonight on @fox40 pic.twitter.com/Q0hqRsbaqi

It appears that the fish will continue to make a comeback in the river, so sightings may become more common for visitors.

As the summer is rapidly approaching, this fascinating discovery is a great reminder to explore the great outdoors.