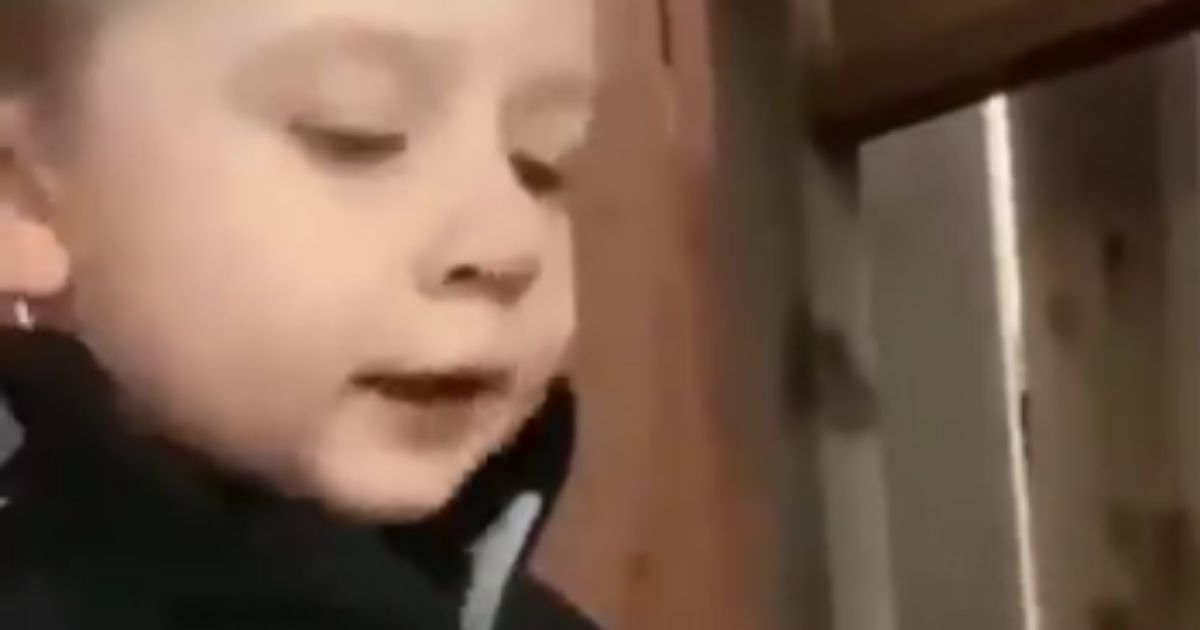 That’s it for Dr. Seuss.

Sure, only six of his books are being taken out of print, and just two of those are worth reading, if you ask me: “And to Think that I Saw it on Mulberry Street” and “If I Ran the Zoo.”

But the writing’s on the wall.

Take a 2019 study, according to CNN, that looked at “50 books by Dr. Seuss and found 43 out of the 45 characters of color have ‘characteristics aligning with the definition of Orientalism,’ or the stereotypical, offensive portrayal of Asia. The two ‘African’ characters, the study says, both have anti-Black characteristics.”

What to do, then? Robin DiAngelo hasn’t come out with a “White Fragility” pop-up book yet, so you’re going to need something to indoctrinate your child before DiAngelo monetizes that product.

Thankfully, M.L. Webb has just the thing for you: “The GayBCs,” a way for readers as young as 4 years old to learn every letter in the alphabet in terms of how it relates to LGBT issues.

And now it’s going viral, thanks to a video of a child reading through it with more than a bit of aid from an adult.

Me: The LGBT Left is brainwashing children

The Left: That’s a homophobic lie!!

“A playdate extravaganza transforms into a celebration of friendship, love, and identity as four friends sashay out of all the closets, dress up in a wardrobe fit for kings and queens, and discover the wonder of imagination,” the book’s description on Amazon reads.

“From A is for Ally to F is for Family to Q is for Queer, debut author/illustrator M. L. Webb’s bright illustrations and lively, inclusive poems delight in the beauty of embracing one’s truest self. A glossary in the back offers opportunity for further discussion of terms and identities.

“The GayBCs is perfect for fans of ‘A Is for Activist’ and ‘Feminist Baby’ — showing kids and adults alike that every identity is worthy of being celebrated.”

Those are both real books, too; Amazon also recommended I check out “The Hips on the Drag Queen Go Swish, Swish, Swish.” Which leads to the question, is that a bit too meta and/or recursive for Drag Queen Story Hour? Or just about right?

By the way, “The GayBCs” don’t necessarily have to have anything to do with being gay.

Would you let your child read this book?

I is for “intersex” — which is, per Merriam-Webster, “the condition (such as that occurring in congenital adrenal hyperplasia or androgen insensitivity syndrome) of either having both male and female gonadal tissue in one individual or of having the gonads of one sex and external genitalia that is of the other sex or is ambiguous.”

This is a discrete physical condition. Whether or not you believe homosexuality is an inveterate human quality, it isn’t something that can be physically diagnosed by a doctor.

We go the other way when we say that N is for “non-binary” and T is for “trans.” To the extent science exists on non-binary gender identification and transgenderism, it’s weak — and it also has nothing to do with being gay except that it’s linked in the nebulous universe of “LGBT issues.”

Beyond that, however, this is indoctrination — it’s telling your child what to believe. Beyond that, I found the description on Amazon interesting, about how “every identity is worthy of being celebrated.”

Let’s say I gave my child a book about biblical morality — one which mentions that marriage is defined as being between a man and a woman. It’s part of their identity in Christ, right? I’m sure we can all get together and celebrate that.

On Twitter, users weren’t particularly thrilled with the indoctrination of “The GayBCs” to the young reader:

That is ridiculous and completely inappropriate. That child is clearly to young and is unable to understand those concepts.

Ridiculous and inappropriate..my granddaughter will NOT be reading this book 🤦‍♀️

My 6 year old reads at a 3rd grade level and does not know half of these words by design. This is full on abuse. But, those of us that do not perpetuate degeneracy can still do our jobs. Pull your kids. Vet their social circle. It’s the very least you can do.

This makes me so sad…why would we introduce sexual topics to 4 year olds!? Poor child.

Look at the bright side, though: At least they’ll never have to witness “And to Think that I Saw it on Mulberry Street.”