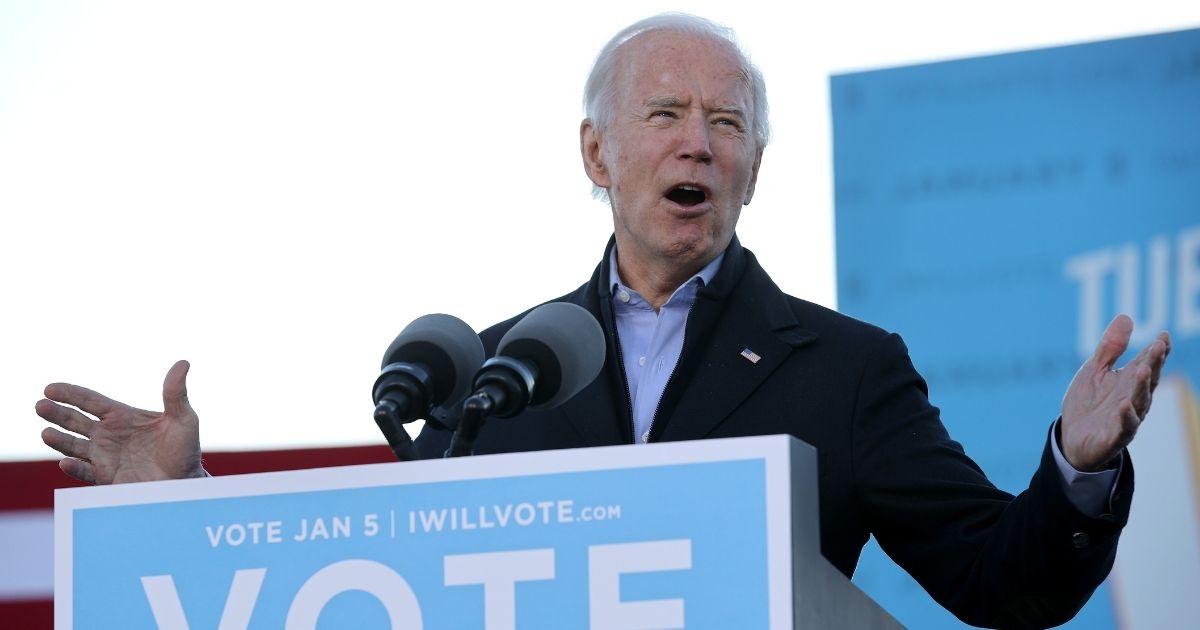 Biden made the vow Monday at an Atlanta rally for Democrats Jon Ossoff and the Rev. Raphael Warnock, who were facing incumbent GOP Sens. David Perdue and Kelly Loeffler.

Senate Majority Leader Mitch McConnell of Kentucky did not allow for a vote on $2,000 checks after the House passed a bill allowing for them.

Mitch McConnell today blocked Senate Democrats’ efforts to unanimously pass a House measure to up the stimulus checks to $2,000 from $600. https://t.co/cnGFg3BBam

If the Democrats win both Georgia races to gain a 50-50 split in the Senate with presumptive Vice President-elect Kamala Harris as the tiebreaker, they likely would be able to send out $2,000 stimulus checks in the near future.

Qualified Americans received or are awaiting two stimulus checks so far, one for $1,200 and one for $600.

Biden should stop with the “You get a car!” attitude. This isn’t “The Oprah Winfrey Show.”

Do you think the Democrats will win in Georgia?

The free lunch mentality championed by the Democrats somehow makes American politics look even more like a high school student council election more than it already does.

This started decades ago with former Democratic President Franklin Roosevelt, whose New Deal policies drastically expanded social programs and the American welfare state. His legacy has put a stain on how politicians campaign and govern, which sometimes means seriously misleading voters by giving them false hope.

But Republicans are not totally off the hook, either.

Loeffler and Perdue joined a plurality of Republicans in expressing their support for $2,000 stimulus checks, which President Donald Trump called for in addition to the $600 in the coronavirus relief bill passed last month.

I agree with @realDonaldTrump — we need to deliver $2,000 direct relief checks to the American people.

RELATED: Report: How Biden Advisers Are Feeling About Dems' Chances in GA Runoff Elections Is Good News for Republicans

It’s obvious that America is dealing with a public health and economic struggle due to the coronavirus pandemic, but having an election come down to “What candidate will give me money?” is dangerous for the nation’s economic future.

Republicans need to embrace fiscal conservatism, because fiscal liberalism will continue running this country into deeper financial turmoil in the aftermath of the pandemic.

Loeffler and Perdue likely announced their support for the checks to gain ground with swing voters and to show loyalty to Trump, so hopefully they will embrace more fiscally conservative policies in the event that they are re-elected.

The stakes for the Georgia runoff races are incredibly high, putting everything from lies to bribes on the table.