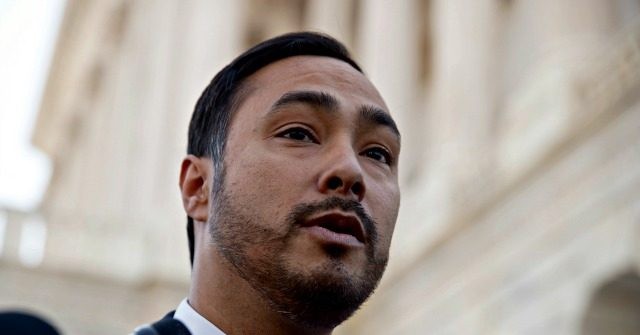 A group of House Democrats is seeking to permanently add foreign workers to the United States labor market by opening American citizenship to those who would otherwise be asked to return to their native countries after their visa expires.

The plan would provide tens of thousands of H-2B foreign visa workers, and their family members, a path to American citizenship after they have worked at least 18 months in the U.S. Likewise, H-2B foreign visa workers who have worked at least three years in the U.S. would be able to apply for green cards as well as their family members.

While awaiting green cards, the plan allows H-2B foreign visa workers and their family members to remain in the U.S. and apply for advanced parole so they cannot be deported unless they are eventually considered ineligible for green cards.

Such a plan would come as at least 24.5 million Americans are jobless or underemployed, but all want full-time jobs with good pay and competitive benefits.

The massive foreign worker-to-labor market pipeline is coupled with a series of increased reforms to ensure labor protections for Americans seeking blue-collar jobs and foreign workers applying for H-2B visas.

For instance, the plan would demand that U.S. businesses meet enhanced requirements to certify they are not discriminating against Americans and engage with labor unions to search for available and willing Americans.

The plan also increases the wage standards of the H-2B visa program. Whereas U.S. businesses currently use the program to undercut U.S. wages, the plan would mandate that prevailing wages are promised to H-2B foreign visa workers in their contracts and allocates the visas based on the highest offered wages.

The H-2B visa program has been widely used by businesses to drag down the wages of American workers in landscaping, conservation work, the meatpacking industry, the construction industry, and fishing jobs, a 2019 study from the Center for Immigration Studies finds.

When comparing the wages of H-2B foreign workers to the national wage average for each blue-collar industry, about 21 out of 25 of the industries offered lower wages to foreign workers than Americans.

Every year, the U.S. admits about 1.2 million legal immigrants on green cards to permanently resettle in the country. In addition, another 1.4 million foreign workers are admitted every year to take American jobs.

Impeachment trial may be as quick as three days

Twitter Locks Out Chinese Embassy to U.S. for Dehumanizing Uyghurs

1776 Report a Marvel, Makes Me Ashamed to Be British