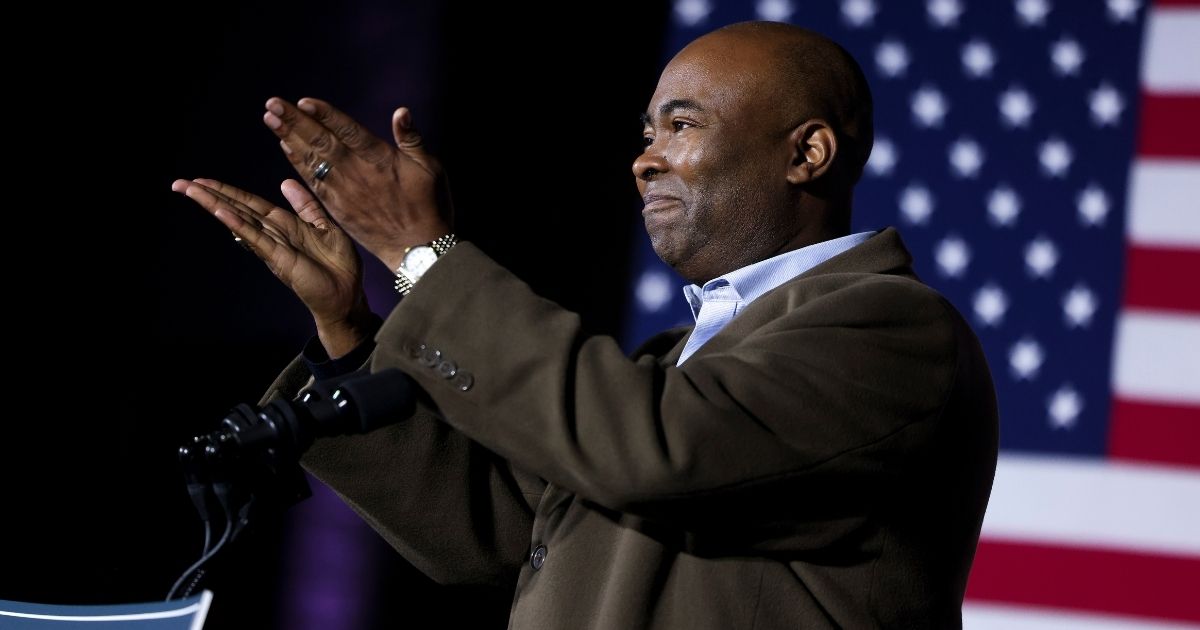 Few people understand the fine art of failing upward — but members of the Democratic Party seem to have it down to a science.

Yet another prominent Democrat left dead in the water by the 2020 presidential election has reportedly managed to catapult himself into contention for a major promotion.

According to Edward-Isaac Dovere at The Atlantic, “the pieces are coming together” for perpetual left-wing lobbyist and political operative Jaime Harrison to assume the role of Democratic National Committee chairman in the new year.

For numerous pundits and party leaders, however, inconvenient defeat was apparently not the defining characteristic of Harrison’s campaign but its proven capability to connect with donors was, pulling down roughly $100 million in contributions from across the country.

TRENDING: Trump Says He Can Win Arizona as He Quickly Closes Gap with Biden

Sitting party Chairman Tom Perez was a similarly strong earner, lifting the DNC out of debt, establishing a stronger national campaign infrastructure and boosting employee morale in light of the unexpected — and downright embarrassing — defeat handed to former Secretary of State Hillary Clinton in the 2016 presidential election.

With intra-party morale and cooperation back in a precarious position following another round of unexpected congressional losses and a messy 2020 Democratic presidential primary, Perez will not be running to retain his position.

The DNC will, as a result, be on the lookout for yet another big earner to take up the mantle come February 2021. And several key players are stepping into Harrison’s corner.

NEW from me: the pieces are coming together quickly for @harrisonjaime to be the new DNC chair, including @WhipClyburn who says “all of Biden’s friends know what I feel about it.”https://t.co/0WzlFyTpOm

His initial bid failed to gain traction and he eventually dropped out to endorse Perez. But not before securing the support of then-House Assistant Democratic Leader James Clyburn.

A renowned member of the Democratic caucus, Clyburn has been a member of Congress since January 1993, assuming the role of Democratic House Majority Whip twice in the last decade.

Something of a king-maker on Capitol Hill, the 14-term representative has once again decided to back Harrison.

“I think he’s better prepared than he was when I supported him the first time,” Clyburn said.

DNC leadership is technically elected, but tradition has long seen party delegates defer to the choice of sitting presidents with the same party affiliation. Chairs Tim Kaine and Debbie Wasserman-Schultz, for instance, were hand-selected by former President Barack Obama.

According to The Atlantic, Clyburn has yet to have the ear of presumptive President-elect Joe Biden with regard to the topic. He has said, however, that “all of Biden’s friends know what I feel about it.”

And honestly, why would on earth would Harrison be deprived of the opportunity at this point?

The man fits every major criterion for a Democratic Party promotion: he recently lost a high-profile federal race and he has a pulse.

In fact, within the Biden camp, cabinet-level conversation seems to have revolved around Democratic electoral losers since long before the establishment media began calling the race for Biden last week.

A recent report from Politico indicated sources close to the matter are pointing to several such characters as most likely to enter a Biden White House on day one.

Should Harrison lead the Democratic Party?

And let’s not forget the fact that Biden appointed as his second-in-command Sen. Kamala Harris, who put her own primary chances to bed beating the old man over the head with his racist Senate record in a televised debate last summer.