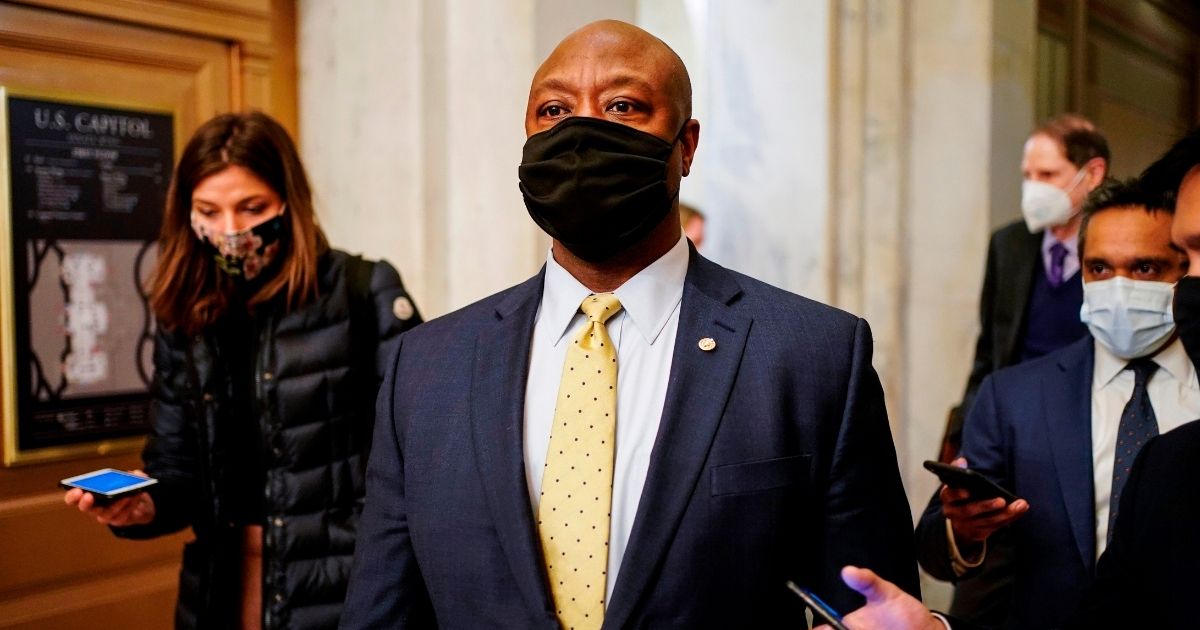 A Texas county Democratic Party chairman resigned from his position after he was criticized for calling Republican Sen. Tim Scott of South Carolina an “oreo” on Facebook.

“I am deeply and sincerely sorry for my inappropriate and hurtful use of [the] racist term I used to describe Sen. Tim Scott on my personal Facebook page,” Lamar County Democratic Party Chairman Gary O’Connor told the Washington Examiner.

“It was insensitive, and I have embarrassed myself and my party by its use.”

“As a result, I feel compelled to offer my resignation as chair of the Lamar County Democratic Party for consideration by the County Executive Committee,” he added.

Scott offered the Republican rebuttal to President Joe Biden’s first address to Congress on Wednesday, highlighting the crisis at the border and defending the country from charges of racism.

O’Connor criticized the speech on his personal Facebook page.

“I had hoped that Scott might show some common sense, but it seems clear he is little more than an oreo with no real principles,” he wrote, according to the Examiner.

The term “oreo” refers to a black person who is thought to be acting like a white person.

This is disgusting, hateful, and completely unacceptable.

Republican Rep. Pat Fallon called O’Connor’s comment “abhorrent, insulting, and unforgivable” and said that “he and the entire Lamar County Democratic Party should be ashamed of this racist behavior.”

Gary O’Connor’s comment against @SenatorTimScott is abhorrent, insulting, and unforgivable.

Both he and the entire Lamar County Democratic Party should be ashamed of this racist behavior.

O’Connor was not the only one to use racist language to refer to Scott. “Uncle Tim” — a play on the slur “Uncle Tom” — started trending on Twitter after his speech.

The social media platform eventually took action to keep the phrase from appearing in its trending section, but the tweets are still live on the site, according to the Examiner.

Do you think Democrats try to silence people they don't agree with?

Scott responded to the attacks in a Thursday interview on Fox News.

“The left — they have doubled down that they are going to, not attack my policies, but they are literally attacking the color of my skin.”

“Their America and my America aren’t the same America if in fact they think that discriminating is the fastest way to end discrimination,” he added.

Erin Coates was an editor for The Western Journal for over two years before becoming a news writer. A University of Oregon graduate, Erin has conducted research in data journalism and contributed to various publications as a writer and editor.

Erin Coates was an editor for The Western Journal for over two years before becoming a news writer. She grew up in San Diego, California, proceeding to attend the University of Oregon and graduate with honors holding a degree in journalism. During her time in Oregon, Erin was an associate editor for Ethos Magazine and a freelance writer for Eugene Magazine. She has conducted research in data journalism, which has been published in the book “Data Journalism: Past, Present and Future.” Erin is an avid runner with a heart for encouraging young girls and has served as a coach for the organization Girls on the Run. As a writer and editor, Erin strives to promote social dialogue and tell the story of those around her.

Bachelor of Arts in Journalism, University of Oregon

Contributor for Data Journalism: Past, Present and Future