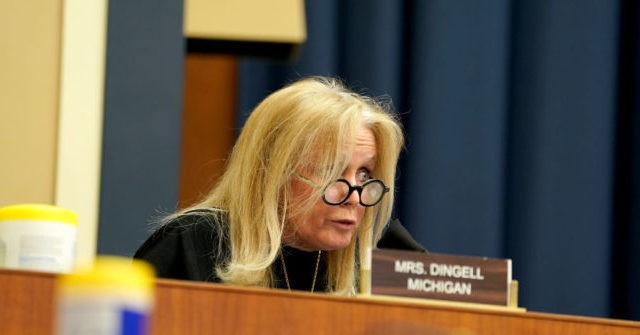 During the House Democrats’ press conference, the Michigan Democrat, frequently raising her voice, told reporters she is “tired of people pitting racial justice against public safety,” deeming it a “false choice.”

“You can have both. And this is an opportunity in our country to have an uncomfortable conversation. We need to work together,” she said, telling reporters people were “scared to death that the militia were going to come in and take over some of the cities” during the elections.

“Now we have people that are very worried. They’re worried about what’s going to happen. Listen. I sit in classes that are taught in Washtenaw County for young black men about what to do if you’re stopped by the police. We have to teach classes like that, and that should bother every single American,” she said, raising her voice.

“I also, I said goodbye to a hero in this Capitol last week who kept us safe. Who protected democracy,” she continued, noting instances of heroic police officers.

“We have people that are working every day to keep us safe, and there’s some bad ones in there, but I am tired of people making us make false choices. We have to have– when I look at Wisconsin, and I see a black man shot in the back eight times and a 17-year-old white [inaudible] boy walk down the street with an assault weapon who killed two people and not be stopped and offered a bottle of water,” she said, referencing the Jacob Black and Kyle Rittenhouse cases. “Ok, we got a problem in this country.”

We got to stop taking paint brushes and painting everybody and letting ourselves be falsely pitted. We need racial justice, and we need public safety. And we need to work together. We need to listen to each other. We need to sit down in communities, respect each other, have civil dialogue, and find the solutions. We can’t put blinders on, and we’ve got to work together. And I hope that this country, we’re as worried — I don’t want to say the word because I don’t want to stir them up — but I’ve had men in front of my house with assault weapons, and trust me. They weren’t young black men.

“May this be a moment that we all take a deep breath, think about what’s happening in this country, and try to bring ourselves together,” Dingell added.