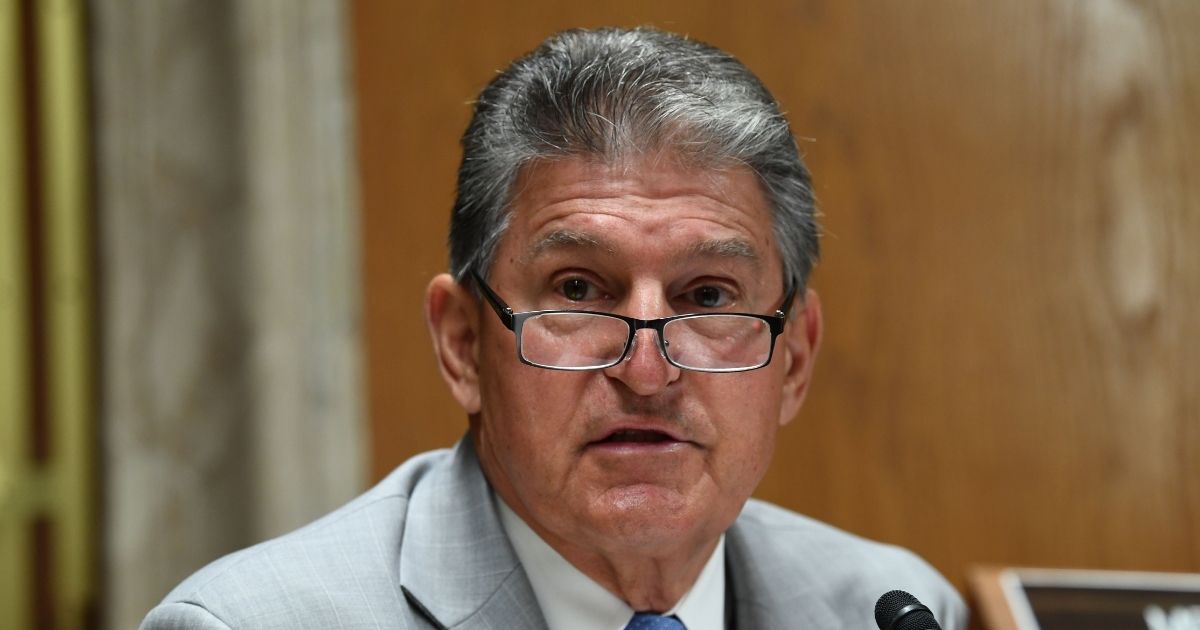 A thoughtful U.S. senator has once again earned the ire of his Democratic colleagues on Capitol Hill.

Sen. Joe Manchin of West Virginia caught heavy flak Monday for assuring his center-left constituency he would not favor far-left efforts to pack the Supreme Court or terminate the filibuster under a Biden administration.

“Stop worrying about progressives,” Omar wrote in a Monday tweet. “This might be the reason we don’t win the Senate races in Georgia. Good grief.”

Manchin’s initial declaration of opposition came during an evening appearance on Fox News, and was quickly followed up with an official tweet in which the senator doubled down on the subject.

“The U.S. Senate is the most deliberative body in the world. It was made so that we work together in a bipartisan way.”

Stop worrying about progressives, this might be the reason we don’t win the Senate races in Georgia.

Do you think the Democratic Party will return to moderacy under a Biden administration?

“If you get rid of the filibuster, there’s no reason to have a Senate,” he added.

Prematurely declared victorious in the 2020 presidential election by a series of establishment media outlets, Democratic nominee Joe Biden was unwilling to answer questions about a potential court-packing plan throughout much of the campaign.

Little more than one week before Election Day, however, the former vice president alluded to the possibility, telling CBS News he would establish a federal commission how best to “reform the court system, because it’s getting out of whack.”

The Supreme Court is currently restricted to nine members on lifetime appointment — a result of the Judiciary Act of 1869, which sought to protect the independent and deliberative nature of the high court. In Congress, Senate rules seek to establish a similarly measured deliberative process, with 60 votes required to close debate on most issues.

RELATED: Senators Choose Party Leaders with Majority Still Up in the Air

WARNING: The following tweets contains vulgar language that some viewers will find offensive.

Manchin stuck to his guns on the deliberative nature of both institutions Monday, forwarding concerns that an effort to expand the court and end the filibuster would dismantle key checks and balances in Washington.

The senator was apparently not alone in standing against the shift toward a more progressive party platform.

If we run this race again we will get fucking torn apart again in 2022, Spanberger says

Pelosi comes back on and says she disagrees, they won the House and presidency

According to Washington Post congressional reporter Erica Werner, a post-election conference call took a turn for the chaotic last Thursday, as several participants argued the close results on Election Night indicated a need for Democratic leadership to reclaim the wheel and steer the party in the direction of ideological moderacy.

“We lost races we shouldn’t have lost,” freshman Rep. Abigail Spanberger is reported to have yelled on the call, adding that “if we run this race again we will get f—ing torn apart again in 2022.”

Whether party leadership will respond to the concerns of more moderate party members, however, remains to be seen, with Speaker of the House Nancy Pelosi holding fast to claims of a definitive Democratic mandate to govern.

Another missile attack on U.S. forces in Iraq