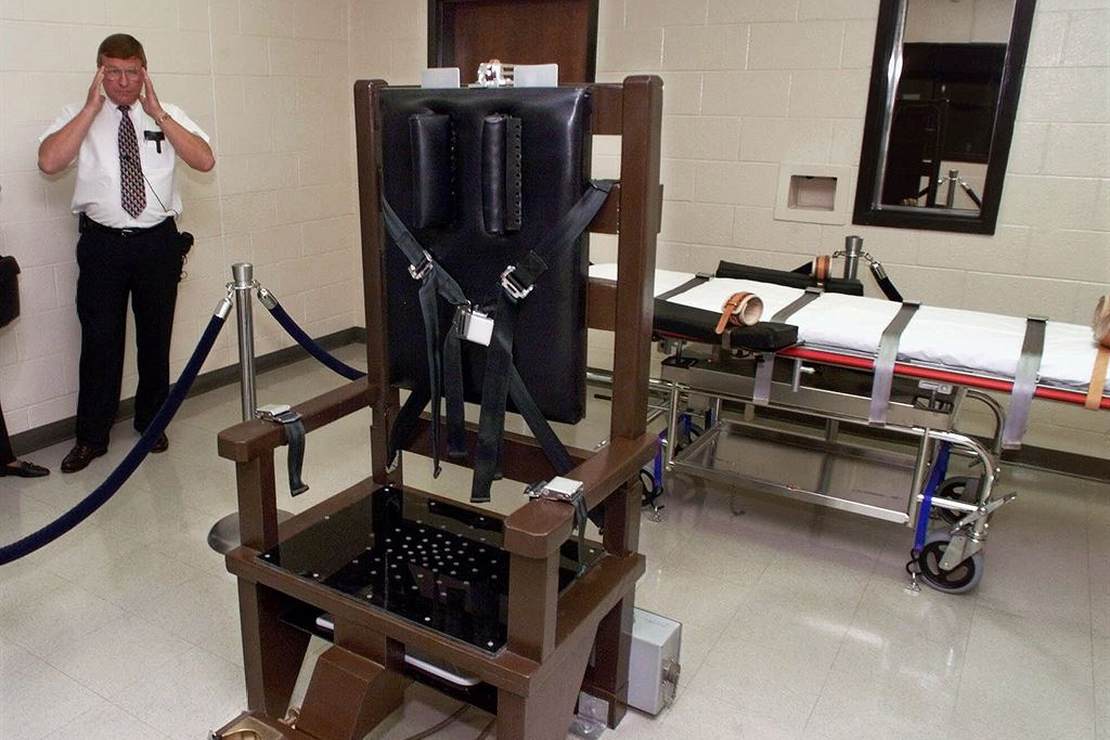 Back in 1999, Zane Michael Floyd walked into a supermarket in Las Vegas, Nevada with a shotgun and murdered four people. A fifth person survived a shotgun blast but was hospitalized. Floyd was convicted on all counts and sentenced to death. The usual rounds of appeals have played out, with what appeared to be his last chance failing in November of 2020. But while Floyd was scheduled to have already gone to room temperature, his attorneys have launched a new plan. They have objected to the lethal injection method of executing their client, saying that he prefers to face a firing squad. But can they legally make that request? That’s the question a court is wrestling with now. (Yahoo News)

A convicted killer who is fighting a possible June execution date that would make him the first person put to death in Nevada in 15 years is calling for the state to consider the firing squad as an option, a rare method in the United States.

Attorneys for Zane Michael Floyd say he does not want to die and are challenging the state plan to use a proposed three-drug method, which led to court challenges that twice delayed the execution of another convicted killer who later took his own life in prison.

“This is not a delaying tactic,” Brad Levenson, a federal public defender representing Floyd, said Monday.

First of all, with all due respect to Floyd’s public defender, of course this is a delaying tactic. Levenson is just trying to throw a spanner wrench into the gears of this process and drag it out even further. Lethal injection is the only method of execution authorized in Nevada, but if that method is challenged, the defense is required to provide an alternate method.

And what good would further delays do for Zane Floyd? Well, Joe Biden promised on the campaign trail that he would work to pass legislation ending the death penalty. Activist groups have urged him to act more quickly via executive action. Perhaps he’s angling for something along those lines?

I’m not all that sure about whether the firing squad is any quicker or more humane than lethal injection. Floyd’s attorney is claiming that his client believes “gunshots to the brain stem would be the most humane way.”

I suppose that could be true, but you’re really relying on the firing squad members to be exceptionally good shots. It probably beats the electric chair or hanging, which can go really badly if any mistakes are made, but it still sounds more traumatic than lethal injection. What I don’t understand is why all the states still allowing the death penalty don’t just offer the condemned their choice of all of the typically accepted methods. After all, it would pretty much be a case of offering them a final request. Zane Michael Floyd is a convicted killer who has been sentenced to death and has run out of appeals. If the guy wants a firing squad, just grant him his wish and pick a date.

Returning to the question of Joe Biden, I can’t help but wonder if he plans to use his influence to try to step in and spare Zane Floyd from his fate. It might be a good test case because a decision is going to have to be made about the Boston Marathon bomber sooner or later. Dzhokhar Tsarnaev is facing a second sentencing hearing to determine if his death sentence will be reinstated. Would Joe Biden really pluck him off of death row and leave him to sit in prison for the rest of his life? Zane Floyd isn’t much more of a sympathetic character than Tsarnaev, so the decision Biden makes here may provide a glimpse of what’s to come.