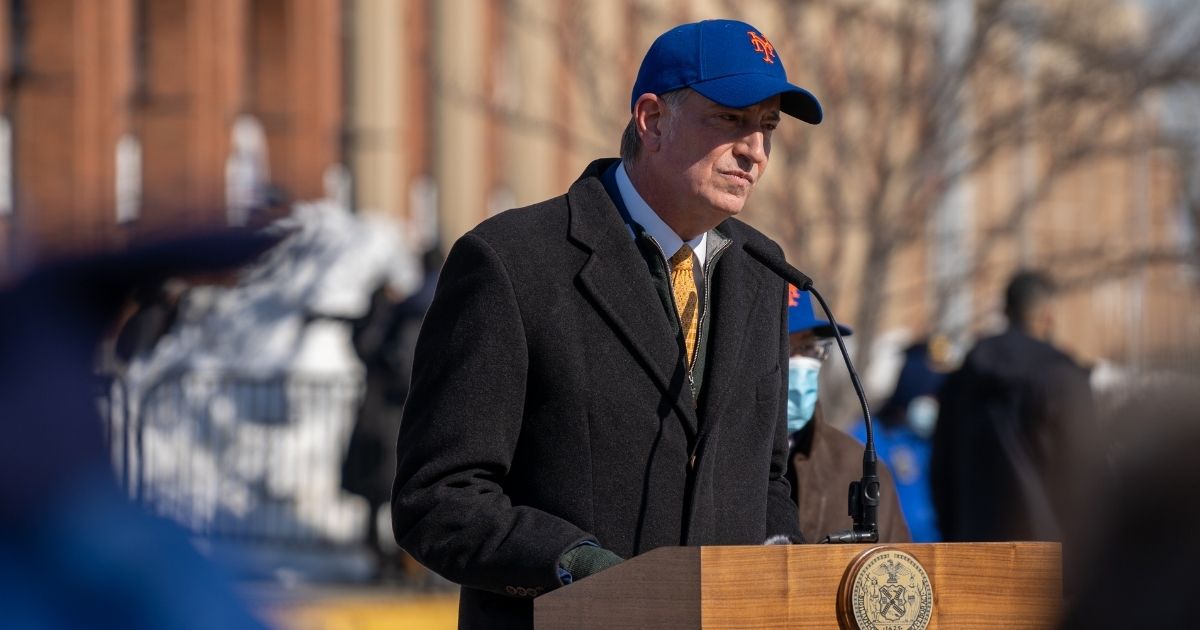 New York City Mayor Bill de Blasio is saying that the end may be near for embattled New York Gov. Andrew Cuomo.

Cuomo has been accused of sexism in the workplace as well as sexual harassment in a series of claims that have emerged in recent weeks.

“If these allegations are true, he cannot govern,” de Blasio said of Cuomo, according to Politico.

That was on Tuesday. Since then, it has only gotten worse for Cuomio.

An allegation published in The Washington Post claims Cuomo tried to lure a former media aide into a hotel room during the time he was Housing and Urban Development secretary.

TRENDING: McConnell Out? Insiders Drop Bomb, May Not Finish Out Term: Report

A report in the Wall Street Journal said a former aide who worked for Cuomo between 2013 and 2015 said the governor was inappropriate with her several times in the office.

The two latest incidents come after revelations from former aides Lindsey Boylan and Charlotte Bennett, who have described being harassed at work, and from Anna Ruch, who said she was subject to unwanted attention from Cuomo at a wedding reception.

The reports have led to unprecedented public criticism of the New York governor.

And de Blasio isn’t shy about piling on.

“When I read the account of what Charlotte Bennett went through, I cringed, I just – I had a feeling of like the pain, the terror, she must’ve been going through,” de Blasio said last week in a CNN interview he later posted to his official website.

Bennett has alleged Cuomo propositioned her in his office.

“Here’s someone who could determine whether she has a job or not, whether she has a career or not, literally suggesting in front of her all sorts of perverse sexual possibilities. And she’s alone in a room with him. I mean, think about how grotesque that is,” de Blasio told CNN’s Jake Tapper.

The mayor — who has publicly feuded with Cuomo for years — said that the truth must be uncovered in this and the allegations that the Cuomo administration deliberately covered up the extent of nursing home deaths due to COVID-19 that could be linked to a memo issued by Cuomo that ordered nursing homes to take in patients who had the coronavirus.

“We need to follow the facts on this case and think about the ramification of the nursing home scandal, thousands of lives lost,” de Blasio told Tapper.

Boylan, the former Cuomo aide who first breached the wall of silence about Cuomo’s conduct, lashed out on Twitter against Cuomo and those who support him by refusing to condemn conduct they have attacked in others.

Thank you Karen Hinton for courageously sharing your story of how our boss, one of the most powerful men in the country, used his power to abuse you.

I am sending you love. I am with you. We are with you. https://t.co/VFpQ2kNe5s

Not one more life derailed.

I would be so ashamed if I were a senior woman in @TheDemocrats party right now & still silent on accusations against a powerful man in our party that everyone has heard rumors about for years. Decades.

You know who you are. You are shameful.

De Blasio was among those who said Cuomo needs to resign if investigations prove that the allegations against him are true.

“I don’t see how anyone can function as a governor and have the trust of the people and the respect of the people, if they purposefully covered up the deaths of thousands of our seniors, our elders, family members, beloved family members who are gone,” de Blasio said.

“If you cover that up, or if you did things for reasons that had to do with politics or contributions, and if you’ve sexually harassed young women in your employment, these are disqualifying realities,” he said.