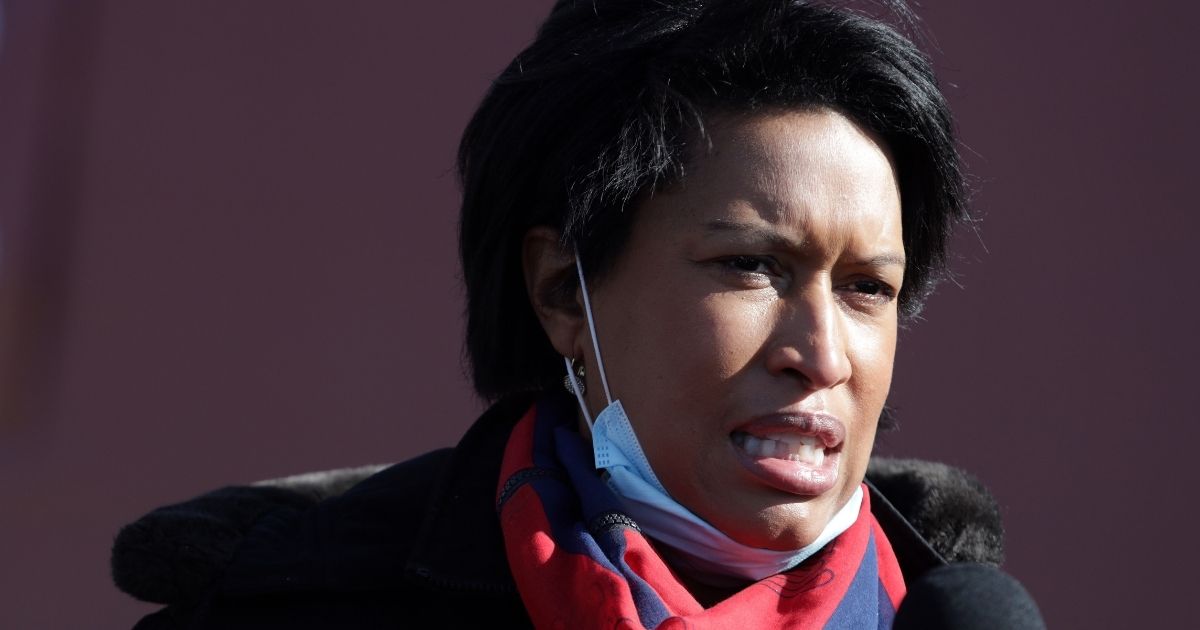 Almost all major cities have found a way to return some children to the classroom, The Washington Post’s Perry Stein reported in a piece published Tuesday.

Washington, D.C., is a notable exception, and it’ll likely stay that way until 2021, according to Stein.

This isn’t because of any sort of pandemic exigency germane to the District of Columbia. Instead, the problem is endemic to their teachers’ union.

A plan for a Nov. 9 opening for some D.C. schools — mostly for high-needs elementary school students —  was scuttled after teachers staged a sick-in on Monday to protest the plan, forcing the cancelation of online classes.

Schools Chancellor Lewis D. Ferebee said the Washington Teachers’ Union’s insistence on allowing their members to work from home, combined with a labor board ruling which disallowed them from using survey information to determine which teachers could return to in-person teaching, killed the plan.

“Our plans were blocked,” Ferebee said. “We did not have the ability to utilize our staffing model.”

“While we planned to offer in-person learning at the start of Term 2 for select elementary students, this timeline will need to be adjusted,” Ferebee said in an email, according to the Washington Free Beacon. “This means all students in grades PK-12 will now begin Term 2 on Monday, November 9 with learning at home.”

The union’s “sick-in” — in which they encouraged their teachers to request the day off on Monday and give “mental health day” as a reason — meant they stepped away from their Zoom classes.

The move came after a vote by the union on Oct. 29, which not only rejected the plan but expressed a statement of “no confidence” in Chancellor Ferebee and Mayor Muriel Bowser.

“Last Thursday evening night, DC’s teachers spoke loudly and clearly. We do not have faith that the DCPS plans to reopen our schools are in the best interest of students,” said WTU President Elizabeth Davis in a statement, according to WTTG-TV.

“Despite negotiations throughout the weekend, we’re disappointed that we were not able to come to an agreement. The Chancellor’s plan to reopen our schools to in-person learning will disrupt the education of a vast majority of DCPS students. As educators, we do not believe this plan is good for our students or good for our schools.”

The @WTUTeacher is encouraging members to take a “Mental Health Day” on Monday after negotiations with @dcpublicschools stall.”unable to reach an agreement on return to in person learning” according to message from union President, negotiations to resume Thursday. @nbcwashington pic.twitter.com/seA6fGMfbE

How was this helping students? It would keep them safe from the ravages of the pandemic, obviously — and thank heavens, because the homeless children, students learning the English language and special education students who would have returned to the classroom under the limited plan needed someone to protect them.

The problem wouldn’t have been with the students, it’s worth noting. Take New York City, where in-person classes have long since started. There was only a .15 percent positive COVID test rate, The New York Times reported last month.

“Out of 16,348 staff members and students tested randomly by the school system in the first week of its testing regimen, the city has gotten back results for 16,298. There were only 28 positives: 20 staff members and eight students,” The Times reported.

And when officials put mobile testing units at schools near Brooklyn and Queens neighborhoods that have had new outbreaks, only four positive cases turned up — out of more than 3,300 tests conducted since the last week of September.

The WTU’s “sick-in” seemed to provide some anecdotal evidence it was never supposed to be about the students, however. Before the callout, Davis reminded teachers this was about taking a day off from administrators, not their pupils.

“We do not want the appearance that we are abandoning our students,” Davis said. “Stay in touch with students via text messaging, phone calls, emails, or Zoom meetings.”

However, one parent with children in the District’s public school system said none of her children’s teachers stayed in touch and they don’t have the teachers’ contact information.

“Throughout this entire effort, parents and teachers have had to partner…. What happened this morning is a slap in the face to families who have done everything they can to side with their teachers,” the mother told the Free Beacon.

“The teachers effectively said, ‘We are going to play politics with your children.'”

And keep in mind, this is only a select group of at-risk, high-needs students. As for the rest of them, well, both they and their parents will have to wait until 2021 for higher-quality, in-person instruction.

And waiting they will be, as these responses to the WTU’s letter illustrate:

Do you have children

Probably not. It’s not just about getting them out of the house. It’s about a low-risk return to actual learning instead of Zoom classes almost any parent can tell you are terminally ineffective. Thanks to the WTU, students in the District will be stuck with them for quite some time, however.

Apple’s Tiny New Gadget Turns Into a Nightmare for Us All as Hacker Breaks In, Reveals What He Thinks It Can Do