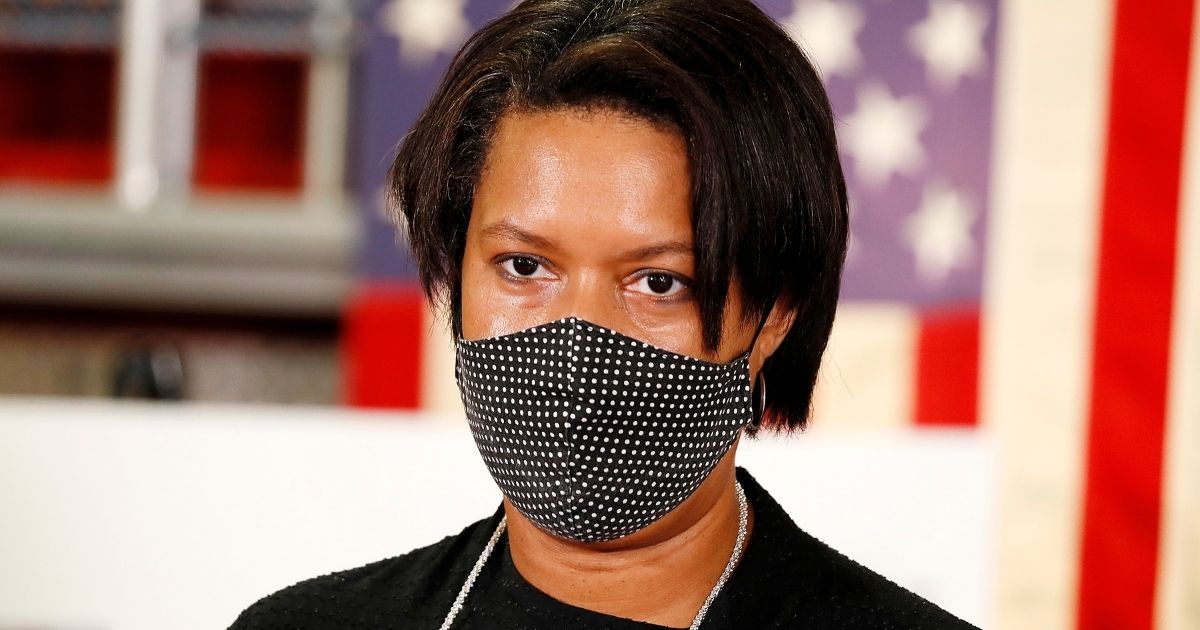 Washington Mayor Muriel Bowser has confided her deepest fears to those few thousand close confidants who follow her on Twitter.

“There’s nothing scarier than having a conversation with someone who doesn’t have a mask on. Don’t scare others. #MaskUpDC,” she tweeted Friday.

There’s nothing scarier than having a conversation with someone who doesn’t have a mask on. Don’t scare others. #MaskUpDC pic.twitter.com/QHossI1VYb

Bowser on Thursday gave D.C. residents a stern talking-to on the subject of following government orders concerning the coronavirus.

“We have to all be reminded of all the advice that we have been providing over the last several weeks … don’t get tired of being vigilant about COVID,” the Democratic mayor said, according to WTOP-TV.

“Wear your mask, limit your trips. Don’t try to do everything all in the same day, from shopping, to dining, to getting your hair done. Be mindful of small gatherings. People who are in their home or in the home of a family member, around people that they know — they are letting their guards down,” she said.

Bowser added that D.C. might also impose new restrictions on its residents.

There’s nothing scarier than elected officials dictating how I live. Don’t do that.

Last weekend, Bowser’s own activities were in the spotlight after she traveled to Delaware, which is on the list of high-risk states, to be present when Democrat Joe Biden gave a speech to celebrate the fact that media organizations have declared him the projected winner in the presidential election.

RELATED: Prominent Liberal Author: If I'd Known Biden Supports Lockdowns, ‘I Never Would Have Voted for Him'

D.C. Health Director Dr. LaQuandra Nesbitt said the rise in cases was likely not caused by election celebrations, because of the timing, but could be linked to Halloween, according to WTOP.

“Some people may have been celebrating in a traditional sense, having small gatherings or going to certain venues or social activities where they are doing what is common across the U.S., spending time in households and indoor gatherings,” Nesbitt said, according to WTOP.

She also blamed people meeting in small groups for not following the rules.

“But 60 percent of people who are reporting a social activity are saying that social distancing or mask wearing wasn’t adhered to, so people aren’t wearing a mask, they’re letting their guard down,” Nesbitt said.

“So this really is a concept or construct where folks who are out in these social environments, or attending a social-related event, are more in these smaller intimate settings, where social distancing and mask wearing is not adhered to consistently.”