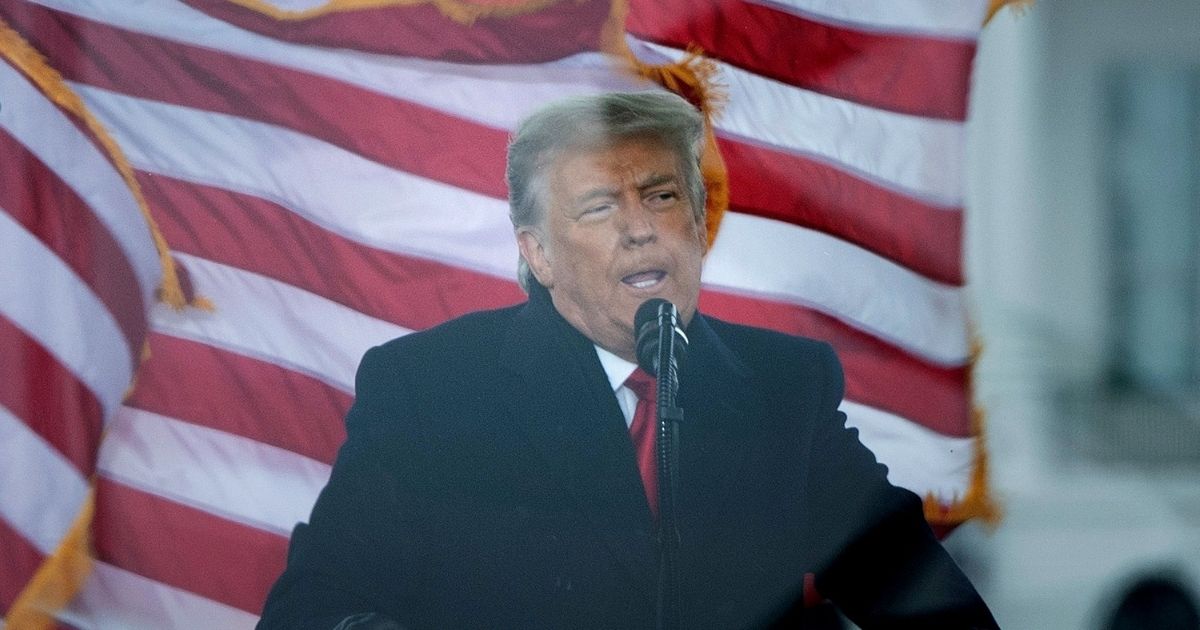 And thus it begins.

The Russian collusion conspiracy theory managed an impressive, paradoxical feat by collapsing under its own weightlessness. The first impeachment of President Donald Trump, predicated on an allegation of a quid pro quo involving Ukrainian military funding tied to an investigation of the Bidens’ dealings with the Ukrainian energy firm Burisma, ended in acquittal.

The second impeachment is predicated upon (among other things) “incitement of insurrection” derived from Trump’s speech before the Capitol incursion. Unless Democrats can prove that Trump didn’t really mean it when he told his supporters on Jan. 6 to march “peacefully and patriotically” to the Capitol and that he was fully appraised of the threat of violence going into his speech, a conviction is unlikely to happen.

But, this is the moment wolfish prosecutors from coast to coast have been waiting for: Sure, you can’t charge a sitting president in criminal court, most scholars say, but there’s nothing about ex-presidents being charged.

Enter District of Columbia Attorney General Karl Racine, a man who’s hoping to make the jump from the thankless tasks of day-to-day management of D.C.’s criminal justice system to national #Resistance celebrity — even after the idea of #Resistance has all but ended.

That’s because Racine is looking to charge Trump for incitement for what happened during the Jan. 6 pro-Trump protest in Washington and the subsequent incursion into the Capitol.

The criminal charge itself wouldn’t actually do much. Racine said Sunday that Trump would be looking at “a misdemeanor, a six-month-in-jail maximum,” according to Breitbart. But if you have to ask if he’ll get the maximum and if you have to ask whether this will be the first of many trials to come, well, bless your dear heart, naïve soul.

“Let it be known that the office of attorney general has a potential charge that it may utilize,” Racine said during an appearance on MSNBC’s “Velshi,” according to Breitbart.

“It’s law in D.C. since 2011. It makes illegal the statements of individuals that clearly encourage, cajole, and otherwise, you know, get people motivated to commit violence,” he added.

Will Donald Trump be charged?

The Department of Justice, meanwhile, could theoretically charge Trump with incitement under federal law, as well. Media reports have described President-elect Joe Biden as having little appetite for going to great lengths to pursue a Senate conviction after Trump’s impeachment by the House, although he told reporters Jan. 9 that “[w]hat the Congress decides to do is for them to decide,” according to Reuters.

As D.C. Attorney General Racine noted, if the feds decided to pursue Trump, it would carry a lot more weight than his investigation.

He added his office was “collaborating at a high level with the federal prosecutors,” according to CNN.

“The president is not above the law. He’s not below the law, I think his conduct prior to the mob storming the Capitol is relevant,” Racine told anchor Adam Velshi, according to Breitbart.

RELATED: Inside Attack? FBI Vetting All 25,000 Troops in DC Over Concerns

“You’ll remember it wasn’t until hours after the Capitol was cleared that the president actually made a statement of contrition and actually chastised and called the stormers ‘rioters.’

“That’s a long time after what everyone saw on their TV was an attempt essentially to undo our democracy. So we’re going to be thorough, patient, and rigorous.”

He added that he “will be judicious with whether to charge and who to charge.”

Other speakers at the Jan. 6 rally would face the same scrutiny, Racine said.

“We’ll balance the First Amendment rights of speakers versus this law and will be judicious with whether to charge and who to charge, but every single person at that rally is being reviewed,” he said, according to Breitbart.

“If one is talking about combat justice in a crowd that is all amped up and really focused on taking over a particular building, like the Capitol, I think it gets closer to that line.” Racine said, according to Breitbart.

The year Racine gave for passage of the D.C. law he referred to, and the basic premise he described, make it hard to nail down exactly which statute he was talking about.

DCist pointed toward the law I’d already found that closest fit what Racine was talking about — District code § 22–1322, which states that “[a] riot in the District of Columbia is a public disturbance involving an assemblage of 5 or more persons which by tumultuous and violent conduct or the threat thereof creates grave danger of damage or injury to property or persons” and that “[w]hoever willfully incites or urges other persons to engage in a riot shall be punished by imprisonment for not more than 180 days.”

This all fits, except for the fact that it doesn’t appear to have been passed or updated in 2011. While it’s true that getting on Sunday morning shows doesn’t necessarily mean you have to know what you’re talking about, the specifics would have been nice.

This wasn’t Racine’s only Trump-related visit to MSNBC in the wake of the Capitol incursion. In fact, he maintained an almost Avenatti-esque presence on the outlet. Here he is with Andrea Mitchell on Jan. 11 saying materially similar things.

On Jan. 7, he appeared on “Morning Joe,” calling for the 25th Amendment to be invoked against the president:

The point was this: Attorney General Karl Racine may go down as the man who fired the first shot in the Democrat prosecutorial sphere’s charge to engage in legal jihad against Donald Trump and everyone in his inner circle come Jan. 21 and beyond.

Manhattan District Attorney Cyrus Vance has been looking into whether the Trump Organization falsified records regarding non-disclosure agreements offered to women in the run-up to the 2016 presidential election, according to the BBC. Vance is also going after Trump’s tax returns. New York Attorney General Letitia James is investigating (read: targeting) Trump for potential real-estate fraud charges.

The goal, one suspects, isn’t the whiff of criminal activity, especially the charges involving, in large part, business activities no one was particularly concerned about before Trump ran for president in 2016.

Instead, it’s to bog Trump down. Ping-pong him between courts. Make sure he has a few cases on his plate at all times Will those cases stick? Does it matter?

Do not construe this as a defense of Trump’s speech Jan. 6. He knew many of the things he was saying were indefensible, in particular his decision to throw Mike Pence under every DC Metro bus in the District during his remarks.

Here’s what I’m confused about: Trump’s alleged incitement came when he addressed those who were making their way to Capitol Hill after his speech. Here’s how he began specifically addressing them, according to a Rev transcript: ” I know that everyone here will soon be marching over to the Capitol building to peacefully and patriotically make your voices heard.”

Nothing in the rest of the speech, meanwhile, constituted the kind of rhetorical turn seen in Marc Antony’s funeral oration in Shakespeare’s “Julius Caesar,” where he started by assuring the audience that he came “to bury Caesar, not to praise him” and ended by saying, “What cause withholds you then, to mourn for him? / O judgment! thou art fled to brutish beasts, / And men have lost their reason.”

And he’ll be just the first of many to take advantage of the upward mobility that flinging legal mud at the wall will bring now that Donald Trump is soon to leave office.